Remarks. According to Sieg (1983) L. dubia  has been considered a cosmopolitan species because it was widely recorded in tropical areas, transitional areas and Arctic waters. However, recent studies ( Bamber 2010, 2012) indicated that L. dubia  cannot be considered a cosmopolitan species because it has been shown that this group includes sibling or cryptic species, which are morphologically distinct. On the other hand, there are problems recognising the male of this species. Krøyer (1842) originally described only the males for L. savignyi  and L. edwardsii  ; later, both species were analysed by morphometric and traditional taxonomy and were designated as a single species, L. savignyi ( Bamber 2010)  . Nevertheless, because L. dubia  was considered synonymous with L. savignyi  , it was inferred that males described by Krøyer (1842) were the same for both species. According to Bamber (2010), this idea is wrong because these species cannot be considered synonymous due to the disparity of their type localities, L. savignyi  from Madeira, Portugal and L. dubia  from Salvador de Bahia, Brazil. Therefore, it is necessary to redescribe L. dubia  to clarify the male morphology. 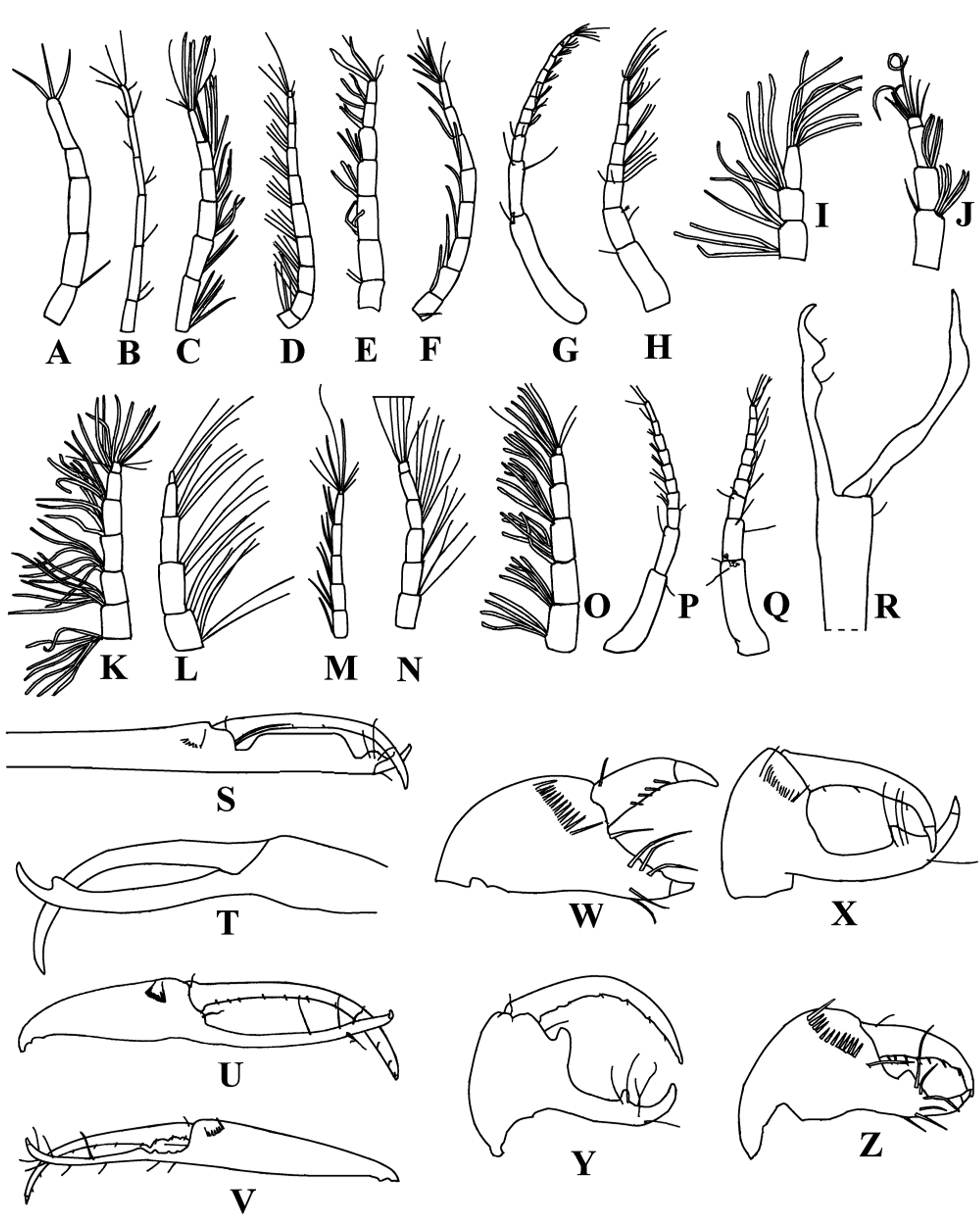