Remarks. The Riverina or Murray Darling Basin was defined by Sloane (1905) who used it to regionalise carabid beetle distributions: “The Riverina district is probably merely part of the eastern marches of the Eyrean sub-region. It may be considered to take in the whole of the basin of the River Darling, its western boundary being the watershed between the Darling and Barcoo Rivers. Its chief distinctive character is the prevalence of immigrant forms from the Bassian and Torresian sub-regions” (Sloane, 1915: 146). For the most part it fills in a large region not covered by most zoogeographers including Cracraft (1991). 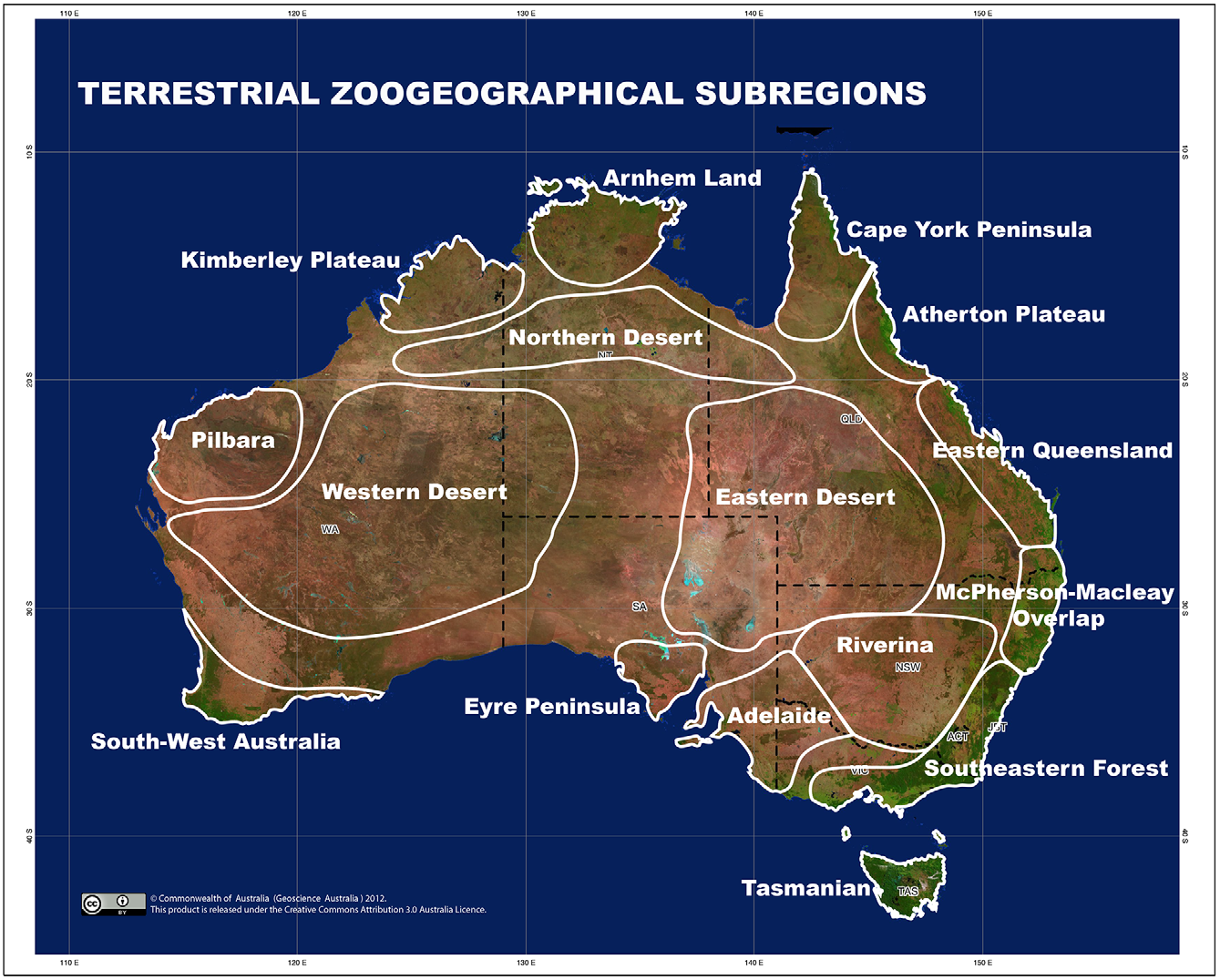