History. Müller (1898) described Cypris clavigera , which he found in Madagascar, and deposited the type material in ZMG. Later, he transferred it to Dolerocypris ( Müller 1912) . Rome (1965) assigned it to Tanycypris , because of the characteristic CR attachment. Petkovski, in the discussion following Rome's talk during the 2nd International Symposium on Ostracoda (discussion published in Rome 1969) argued that Dolerocypris pellucida is most likely a Tanycypris and probably even a synonym of Tanycypris clavigera . McKenzie (1971), while describing South African freshwater ostracods, followed Rome (1965) in assigning D. clavigera to Tanycypris . In contrast, Broodbakker (1984) cast doubt on Rome’s description and called for a re-examination of Dolerocypris clavigera .

While the holotype could not be found in the ZMG collection, three slides with dissected paratypes (No. 32 e) were examined .

Conclusion. The generic state of Dolerocypris clavigera is still controversial; however, it is obvious that this species does not belong to the genus Tanycypris , because of its lack of vb on the CR attachment (present in Tanycypris ), its lack of a groove in the inner lamella of LV (present in Tanycypris ) and the lack of a second seta in the median distal area of T1 (in Tanycypris one b- and one d-seta are present). An assignment to Astenocypris can also be excluded due to the lack of vb and the well-developed db ( Astenocypris has a short vb and a short, pointed db). 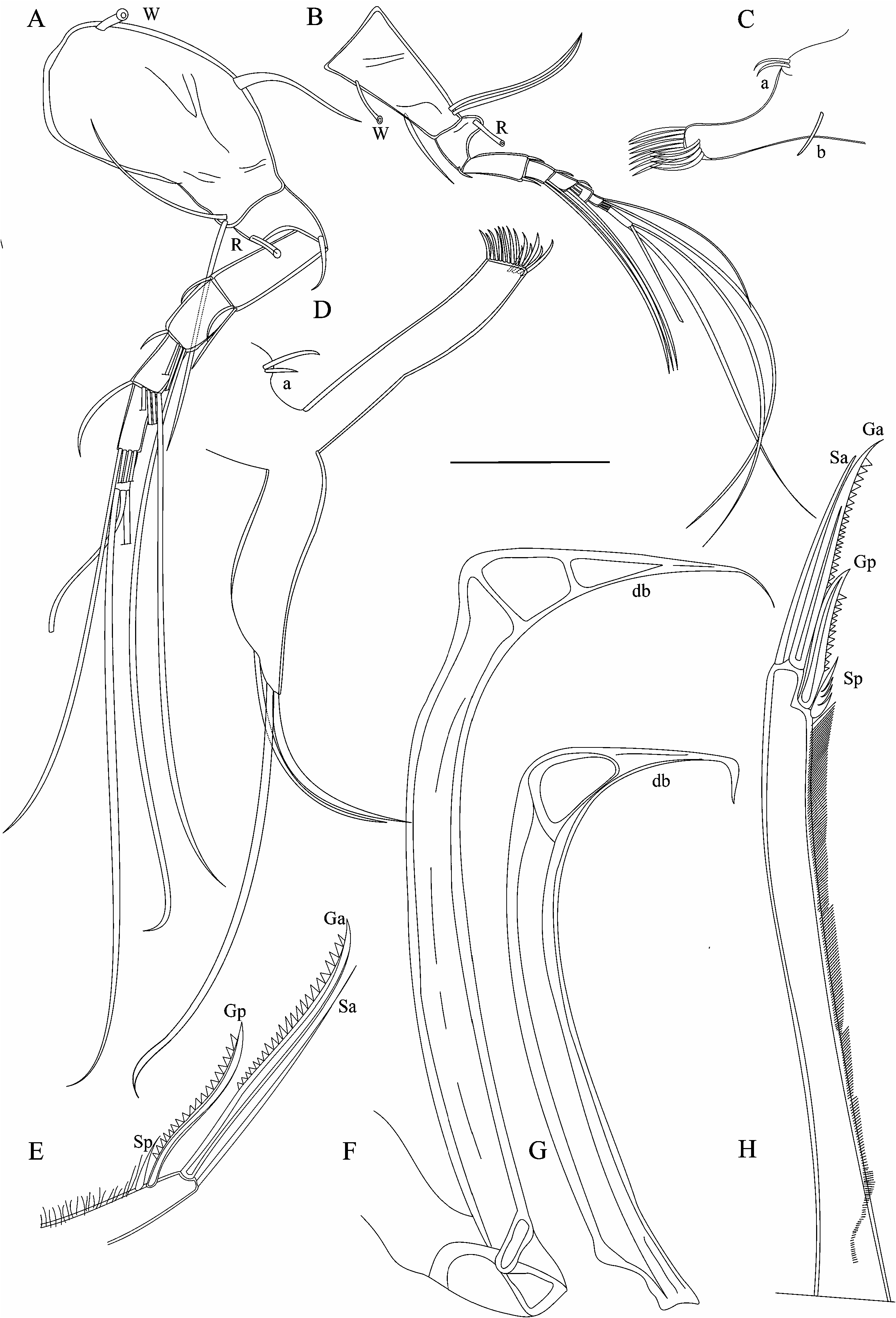