Remarks. This species is remarkable by the size and shape of its mesepisternal tubercles ( Fig. 54 View FIGURES 47 – 54 ). Whereas in all known females of Tuberculobasis tubercles are absent or small, in this species they are as high as those of males of the costalimai group. By having a curved plate connecting tubercles with mesostigmal plate it resembles males of T. inversa . Hind prothoracic lobe is also quite different from that of other known species, but median lobe is single-lipped as in all females of Tuberculobasis . It has postocular spots and it is most probably a new species, but I refrain from naming it pending the possibility that it might be the female of one of the six species of Tuberculobasis of which only the male is known. 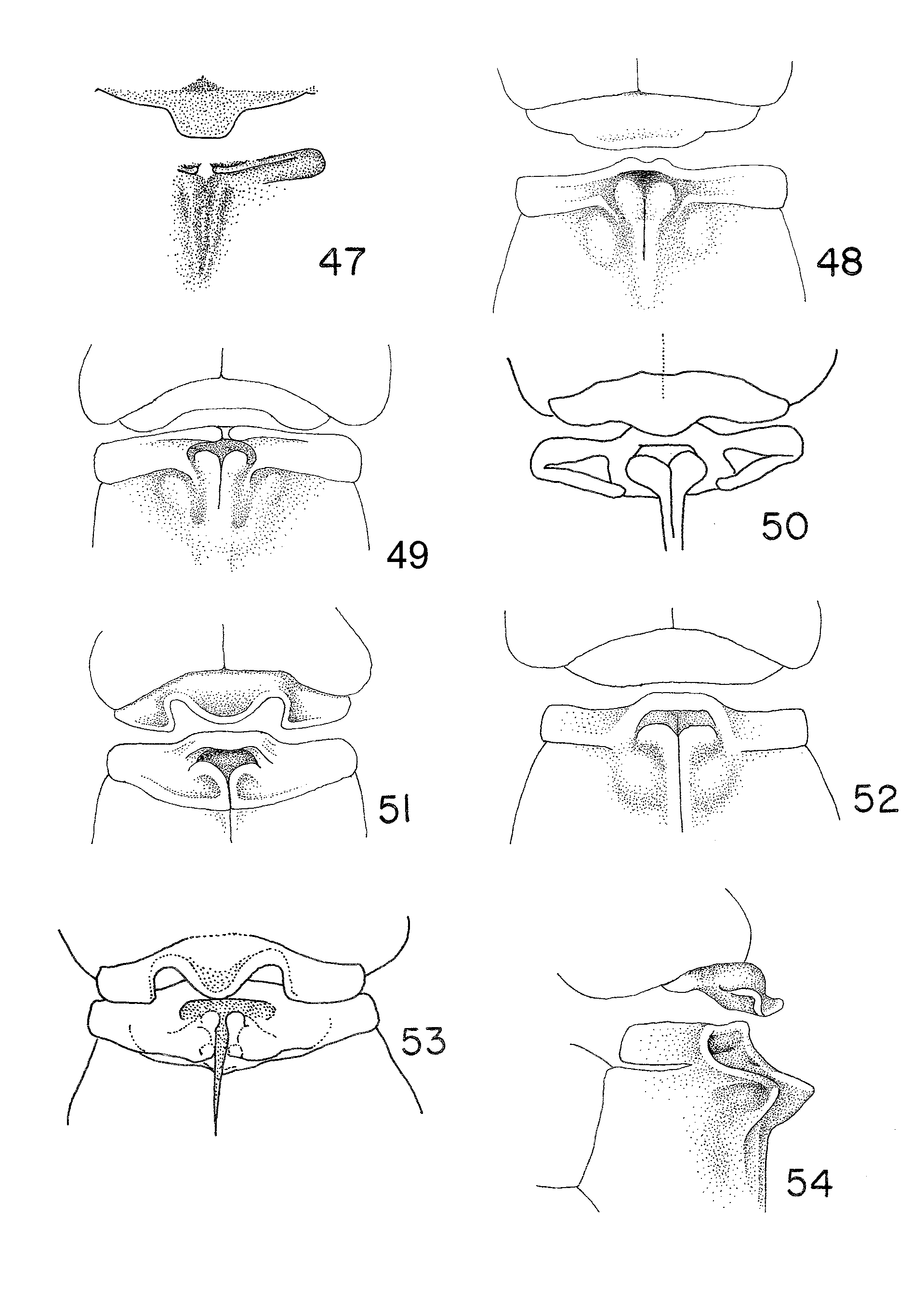