Remarks. So far two species of Tuberculobasis have been reported from Suriname: T. mammilaris by Belle (2002) and T. geijskesi described here. Median lobe of hind prothoracic lobe of T. sp. 3 ( Fig. 56 View FIGURES 55 – 56 ) is identical to that of the female of T. mammilaris ( Fig. 50 View FIGURES 47 – 54 ), and mesostigmal plate is also similar. However, an important difference is the presence of mesepisternal tubercles in T. sp. 3 and their absence in the female of T.

mammilaris . It is unlikely that T. sp. 3 represents the female of T. geijskesi in spite of the fact that these two species were collected in Suriname. Tuberculobasis geijskesi belongs in the mammilaris species group together with T. tirio , T. mammilaris , and T. yanomami . In all of them, females have no mesepisternal tubercles, and the same most probably occurs with the so far unknown female of T. geijskesi . Thus, T. sp. 3 is most likely a new species. Since, however, it might represent the female of one of the six species of Tuberculobasis known only from the male, I refrain from naming it here. 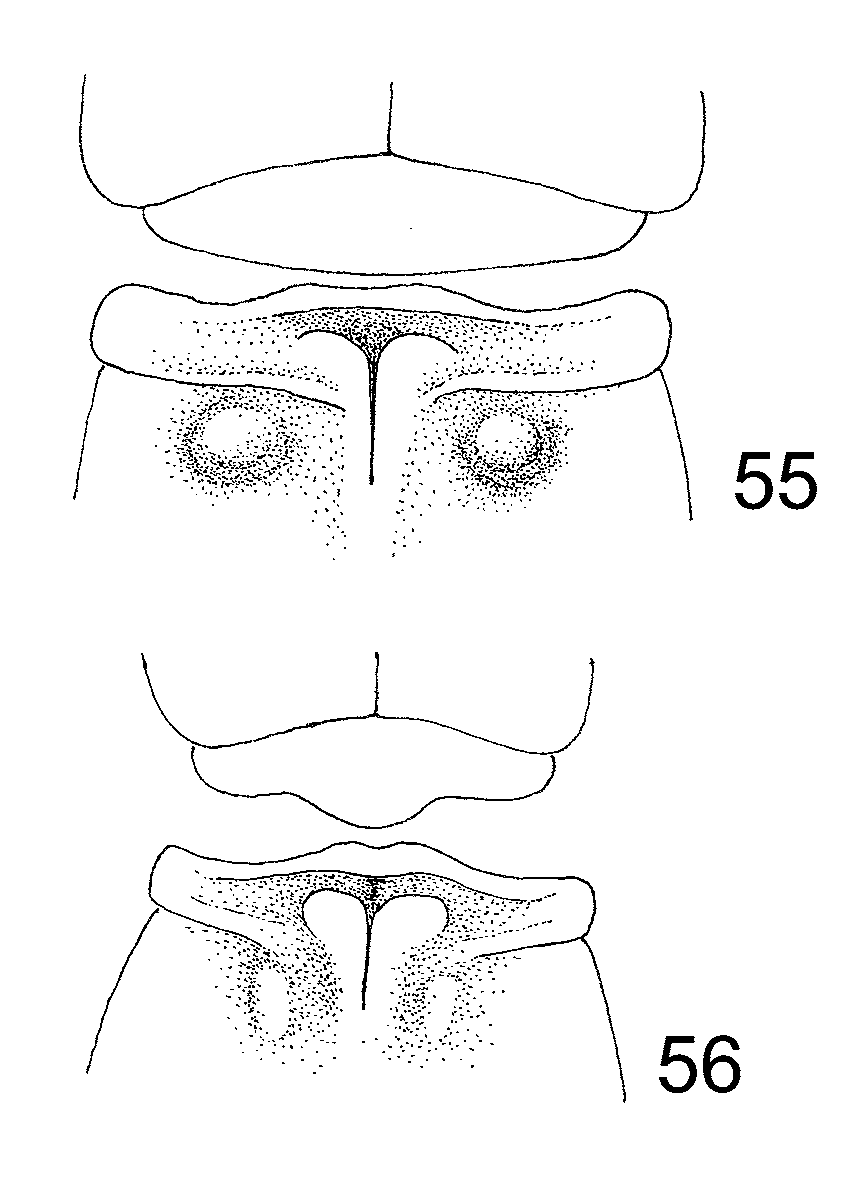