Diagnosis: In addition to its remarkably simple gonopods, this species differs from all others in Calityla  in having distal knobs on some of the pregonopodal leg prefemora, as well as the femora.

Etymology: The species name, an adjective, refers to the type locality in Humboldt County.

Distribution: Only known from the type locality.

Notes: Probably the extra prefemoral knobs allow the males to have a firmer grip on the females during mating. 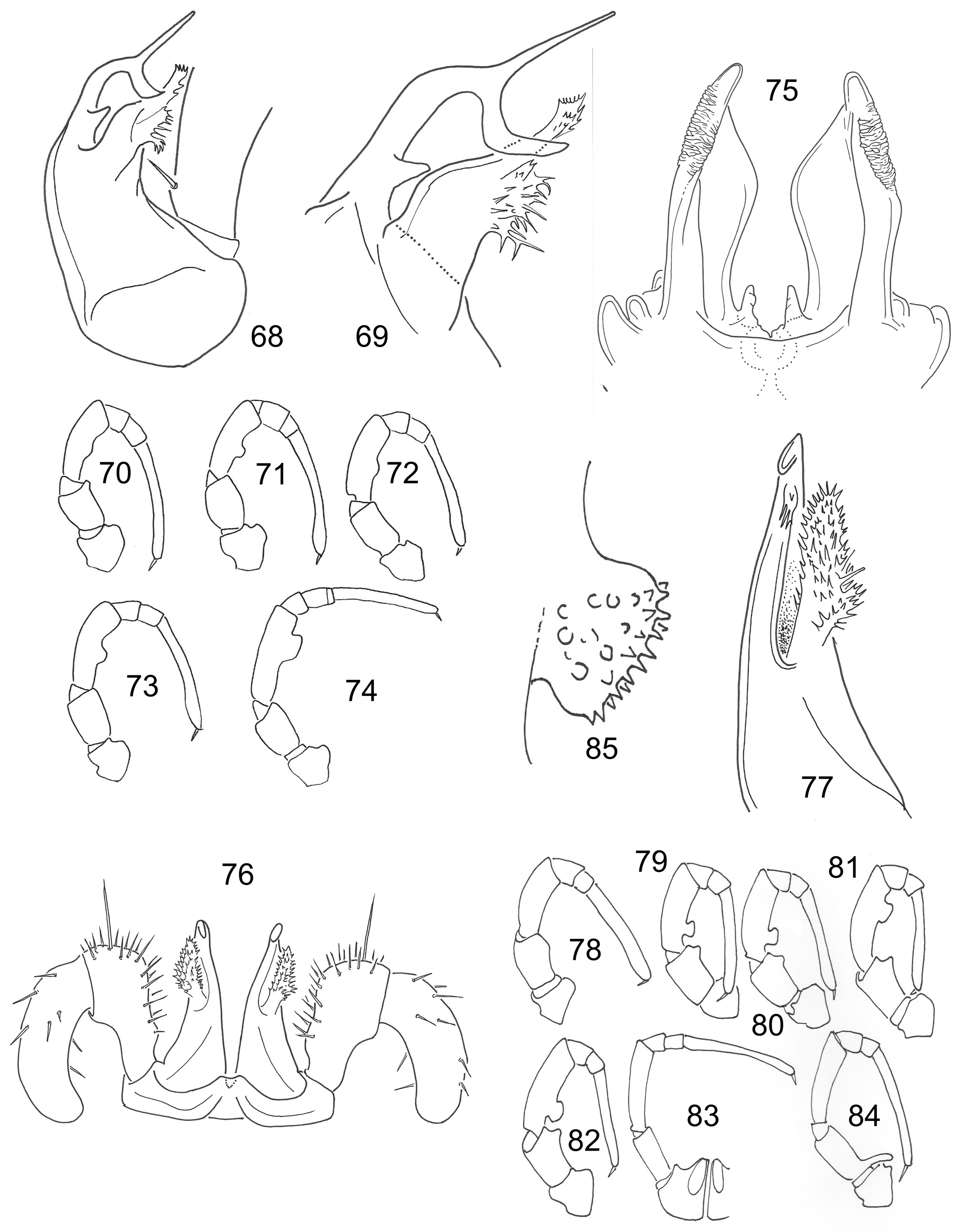