Variations.—In some paratypes, the protogastric lobes are delimited anteriorly by sparse scales, although these are lacking in other specimens. Proximal outer margin of movable finger, in some specimens, bears scales suggesting a lobe. Other paratypes do not possess fitted opposed lobular teeth on the prehensile margin of the fingers, but only scaliform denticles on their entire length. The lot UFRGS 2979 has more-developed tubercles on the pereiopods, and the palmar crest is slightly more distinct. This is a small-sized species, comparable to A. violacea Bond-Buckup and Buckup, 1994 and A. leptodactyla .

Etymology.—Named in honor of Fritz Müller, the first scientist to describe an aeglid from Brazilian waters.

Remarks.—The new species A. muelleri resembles A. plana Buckup and Rossi, 1977 in the dorsoventrally compressed cephalothorax and the absence of the epigastric and protogastric lobes. However it is distinguished from A. plana by the shape of the chelipeds, which are wider in A. plana ; by the configuration of the spines of the carpus; and by the shape of the palmar crest, which is more developed in A. plana . This latter species also possesses an extraorbital spine, which is lacking in A. muelleri .

The total length of the cephalothorax of the paratypes (n = 7) reached only 13.43 mm, showing it to be a small-sized species.

The species occurs in sympatry with A. jarai in the Ribeirão Garcia in the Parque das Nascentes, an environ- mental preservation area that is among the few localities that shelter species in Atlantic Forest.

The Bayesian phylogenetic analysis of the molecular data showed that A. muelleri belongs to Clade Eas defined in Pérez-Losada et al. (2004). Aegla muelleri has a sister relationship to A. leptochela ( Fig. 3 View Fig ), with which it shares the delicate form of the chelipeds and the convexity of the carapace. However, the two species differ in relation to the antero-lateral spine of the carapace, which in A. muelleri reaches the base of the cornea, and in A. leptochela does not. In A. muelleri , the extra-orbital sinus and the lobe of the movable finger are lacking, and the palmar crest is subrectangular; whereas in A. leptochela the extra-orbital sinus as well as the lobe of the movable finger are present, and the palmar crest is lacking. 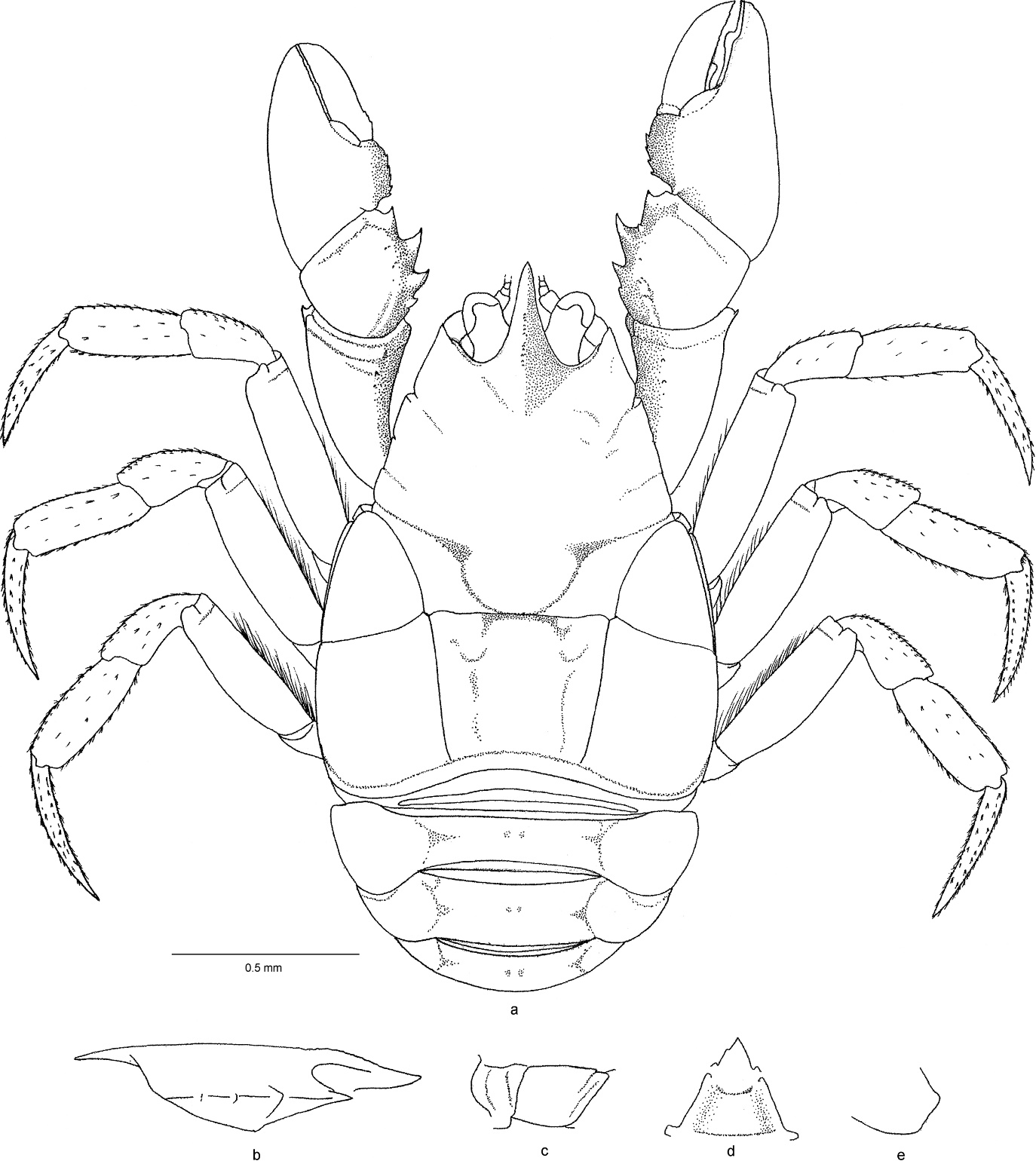