I n t r a s p e c i f i c v a r i a t i o n: In one of the males, the sutural carinae are significantly less pronounced and the tubercle on tergite VII is practically obsolete.

C o m p a r a t i v e n o t e s: Geostiba kakhetiana   is most easily distinguished from all other representatives of the G. carinicollis group recorded from Georgia and from the Greater Caucasus by the small median tubercle at the posterior margin of the male tergite VIII. In addition, it is characterized by the shapes of the median lobe of the aedeagus and of the spermatheca. The only other species of the G. carinicollis group with one median elevation (not a pair of carinae) on the male tergite VIII known from the Great Caucasus is G. uniplicata ASSING, 2011 from the environs of Krasnaya Polyana in the West Caucasus. In this species, however, the median elevation is much longer and distinctly oblong.

D i s t r i b u t i o n a n d n a t u r a l h i s t o r y: The type locality is situated to the north of Telavi, East Georgia, in the southern slopes of the Greater Caucasus. The specimens were sifted from leaf litter in a stream valley with deciduous forest at an altitude of 1510 m. The sex ratio appears to be biased in favour of females: only four out of 24 specimens are males. 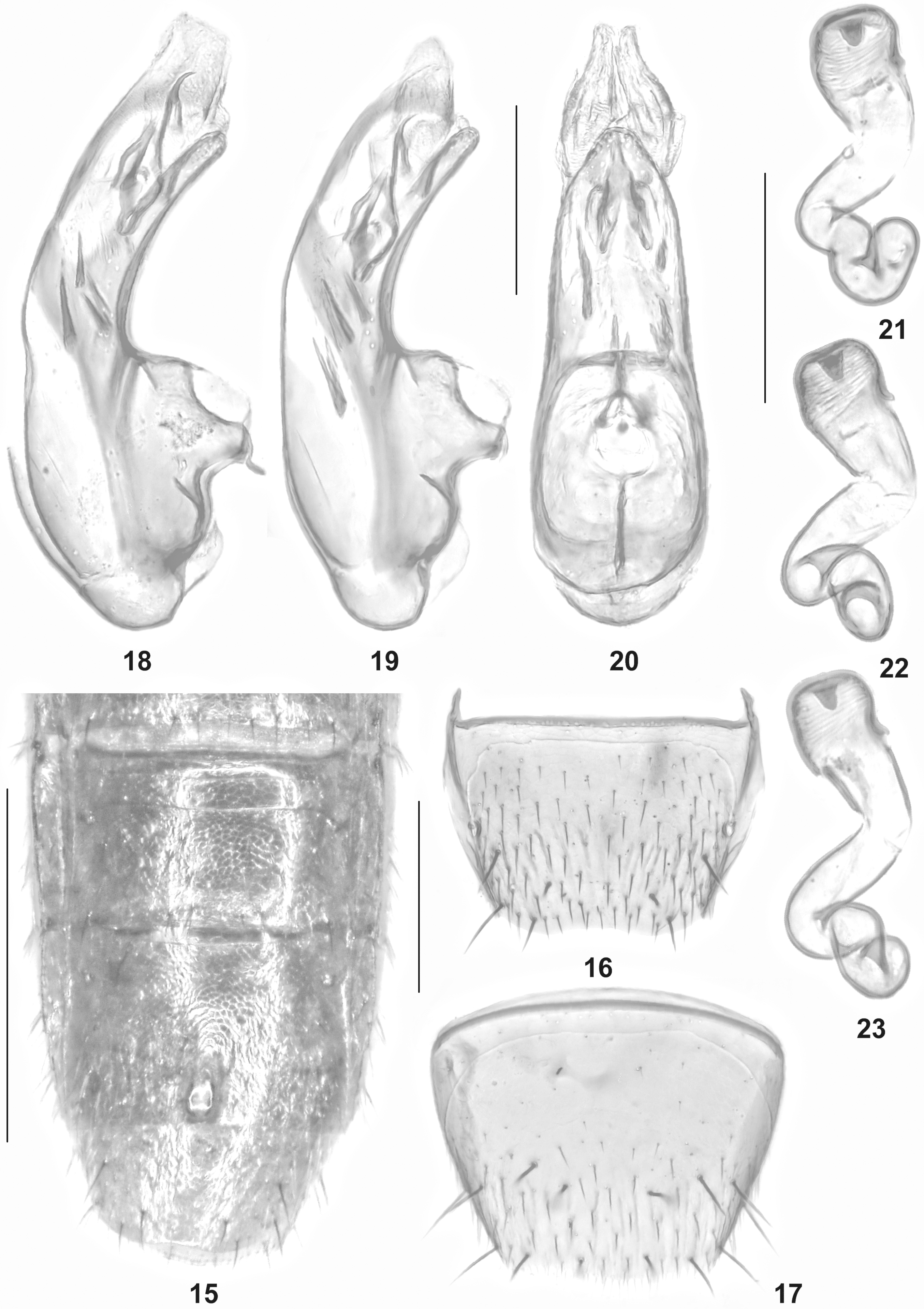