Teeth up to 2.0 mm in diameter, 0.5 mm in crown height. Crown with circular occlusal outline, uniformly convex in profile. Thick cingulum at crown base of some teeth. Crown enameloid extends to tooth base on most specimens, but not on all. Fine granular to wrinkled ornament often on occlusal surface of unworn teeth. Teeth with thickened, flat base; shallow, centrally located, circular pulp cavity.

The Paralbula  teeth within our sample have either a smooth crown or exhibit granular ornamentation, indicating that the isolated teeth do not belong to P. casei  or P. salvani  but instead represent P. marylandica  or P. stromeri  . Although the teeth of the latter two taxa are similar, we tentatively assign the specimens in our sample to P. marylandica  because this is the only smooth-crowned species that has been described from the Eocene in North America (see Blake 1940; Estes 1969; Weems 1999; Schein et al. 2011). Paralbula stromeri  , on the other hand, appears to have had a limited range that is currently restricted to the upper Eocene of Egypt ( Weiler 1929; Estes 1969).

These Claiborne Paralbula  teeth were differentiated from those of the morphologically similar Egertonia isodonta  and Phyllodus toliapicus  by the presence of distinct granular crown ornamentation on some specimens, and a medial pulp cavity on the basal surface. Furthermore, the basibrachial plates of Paralbula marylandica  consist of teeth that are irregularly stacked (as opposed to columns of regularly stacked teeth on Egertonia  and Phyllodus  ) and they lack the ovoid median teeth present on the tooth plates of Phyllodus toliapicus  . 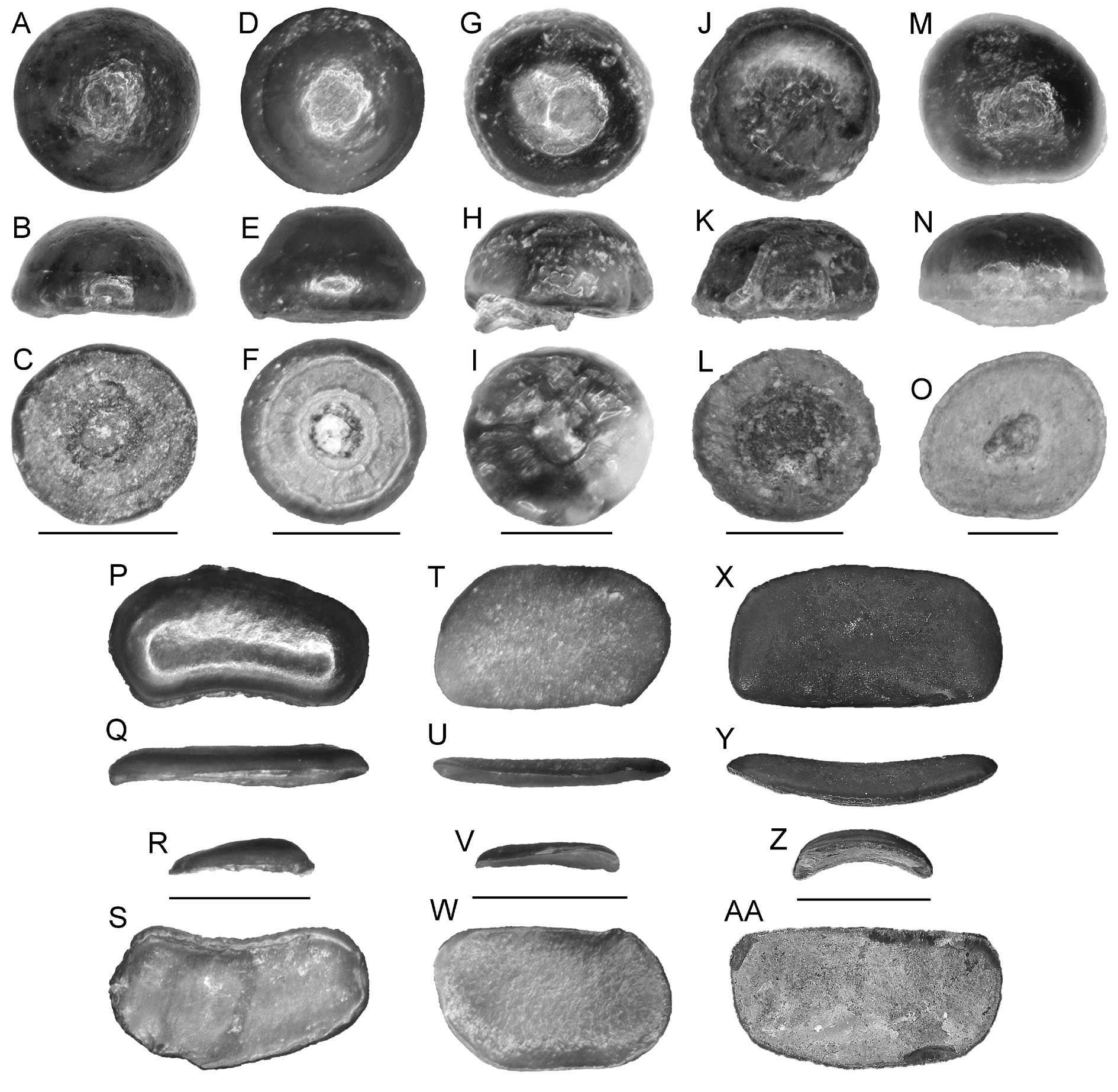