Frizzell & Dante (1965) noted abundant P. petropolis  from the Claibornian of Texas, especially at the Stone City Locality, but they did not list the species from Alabama. However, those authors referenced a collection of otoliths from the Gosport Sand at site ACl- 4 in Alabama that contained P. petropolis  . Frizzell & Dante (1965) stated that this species was not found in the Lisbon Formation in Alabama, but we do not know how extensive their collections were. Although we could not corroborate the presence of P. petropolis  in the Gosport Sand, our sample shows that, while not abundant, this species does occur in the Lisbon Formation in Alabama.

Nolf (1980, 1985, 2013) assigned P. petropolis  to the ophidiid genus Sirembo  , and the otoliths of these taxa exhibit some similarities. Our specimens compare well to fossil Preophidion  as described by Frizzell & Dante (1965), Stinton (1977), Schwarzhans & Bratishko (2011), and Schwarzhans (2012). We retain the specimens within Preophidion  , but a larger sample size is needed to strengthen our specific identification.

Specimens were recovered from the “upper” Lisbon Formation at sites ACh-8 and ACl-16. Bartonian, zones NP16 and NP17. 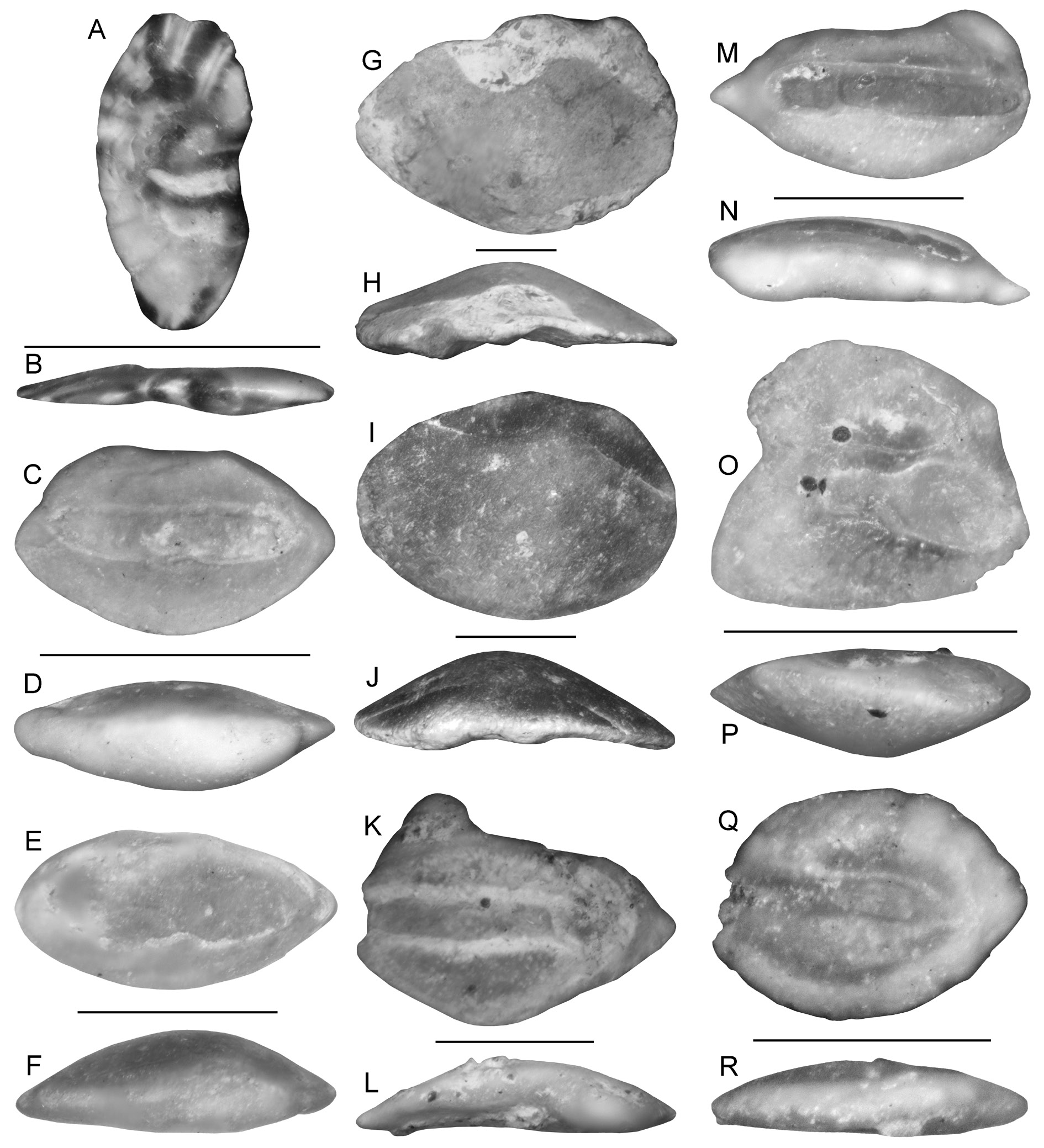