The Rhinobatos  teeth in our sample are conspecific with those of Rhinobatos bruxelliensis ( Jaekel, 1894)  in that the lateral uvulae are divergent, with the medial uvula being more pronounced than the lateral ones, and the uvulae all have rounded extremities. The teeth also have a characteristic apical transverse ridge that separates the crown into labial and lingual faces. Holman & Case (1988) and Feldmann & Portell (2007) each reported specimens they assigned to Rhinobatos  sp. from the contact of the Tallahatta and Lisbon formations at site ACov-11. Although these specimens were not examined as part of this study, our sample included numerous Rhinobatos  specimens collected from the same locality, all of which fall within the morphological range of R. bruxelliensis  . This suggests the Holman & Case (1988) and Feldmann & Portell (2007) specimens also belong to this taxon.

Cappetta & Case (2016) figured four specimens (pl. 10, 5–8) from the ACov-11 locality that have the R. bruxelliensis  morphology. These authors, however, questioned the identification of the teeth as Rhinobatos  , suggesting instead they belong to a member of the Pristidae Bonaparte, 1838  . Although teeth of these two taxa are similar, Cappetta & Case (2016) appear to argue for a pristid identification simply because their sample included numerous Pristis Linck, 1790  rostral spines, but otherwise lacked Pristis  oral teeth. This interpretation seems problematic, as teeth of very similar morphology, identified as Rhinobatos  , have been reported from Cretaceous strata, a time well before the first occurrence of the Pristidae  in the Paleogene (see Cappetta 2012). Furthermore, Pristis  teeth have a very elongated medial lingual uvula but lack lateral uvulae ( Carrillo-Briceño et al. 2015, 2016), which is inconsistent with the teeth in our sample.

We do concur that the teeth of the bruxelliensis  morphology are dissimilar to those of the extant Rhinobatos  , and the tooth morphology of living and fossil rhinobatid species should be reviewed. Recent phylogenetic studies have shown Rhinobatos  to be paraphyletic (see Naylor et al. 2012; Claeson et al. 2013), calling into question the placement of fossil and living species within this genus, and casting doubt that they can all be placed into the family Rhinobatidae  . Thus, we provisionally assign the bruxelliensis  teeth in our sample to “ Rhinobatos  ” and place them tentatively within the Rhinobatidae  . 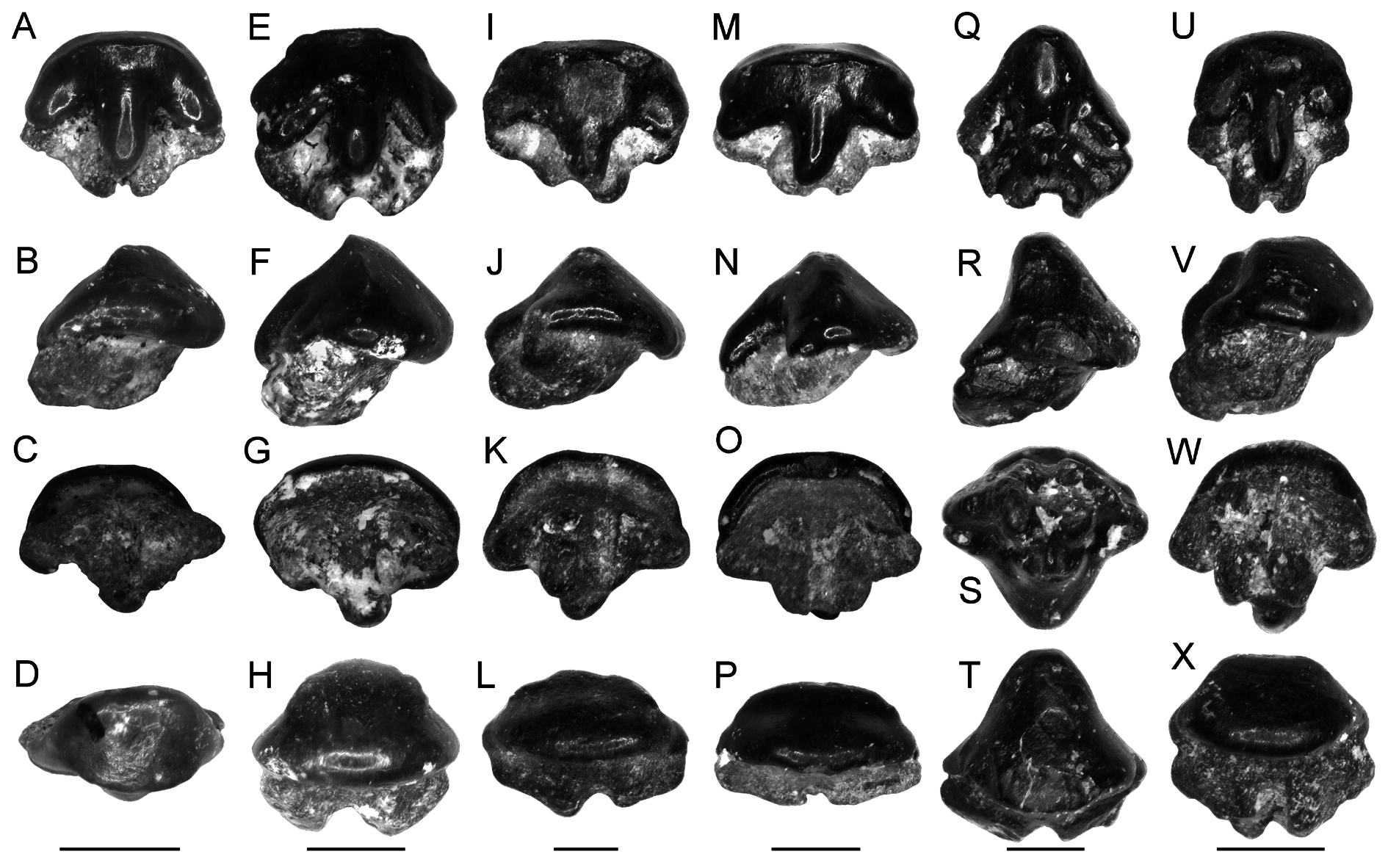