Seventh limb. Each limb with 10 setae, 6 in distal group and 4 in proximal group. Terminally limb on comb with 9–17 bare teeth and 1 bare peg present on opposite comb.

Bellonci organ. Organ elongate with about 22–29 segments at proximal part (include base) and middle.

Fifth limb. Epipodial appendage with about 61 setae. Fourth plus fifth joints with 6 or 7 setae.

Caudal furca. Each lamella with 15 or 16 claws (on left limb with 13 claws). 3rd claw more slender and subequal or slightly longer than 4th claw.

Bellonci organ ( Fig. 13View FIGURE 13 A). Organ elongate with about 22–27 segments at proximal part (base included).

Eggs: 2 specimens of King-George Island with 8 and 18 eggs in brood chamber.

Caudal furca. Each lamella with 13 claws.

Caudal furca. Each lamella with 14 claws. 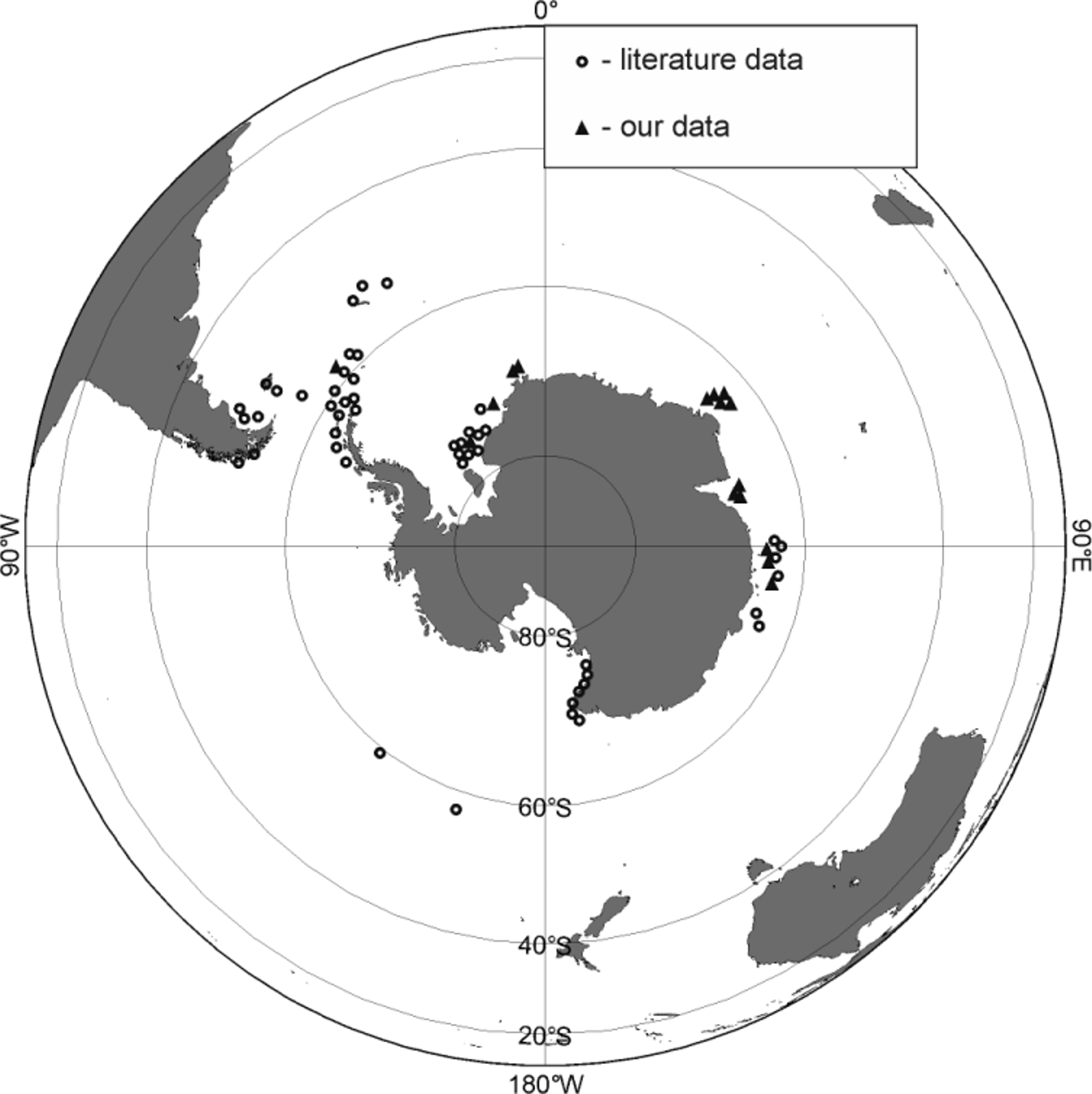 FIGURE 1. Distribution map of species of the family Philomedidae in the Antarctic region and adjacent regions from literature and original data. 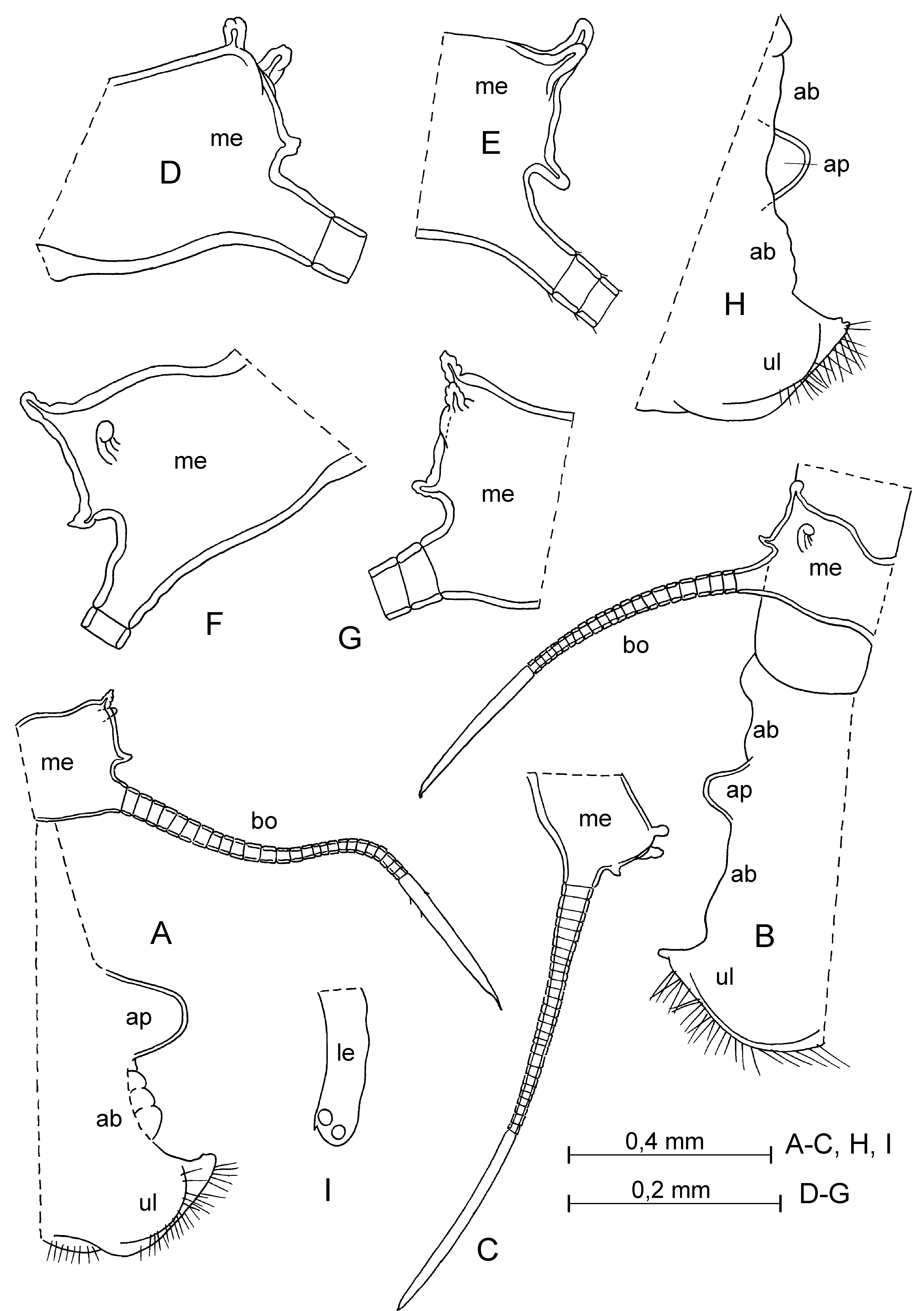 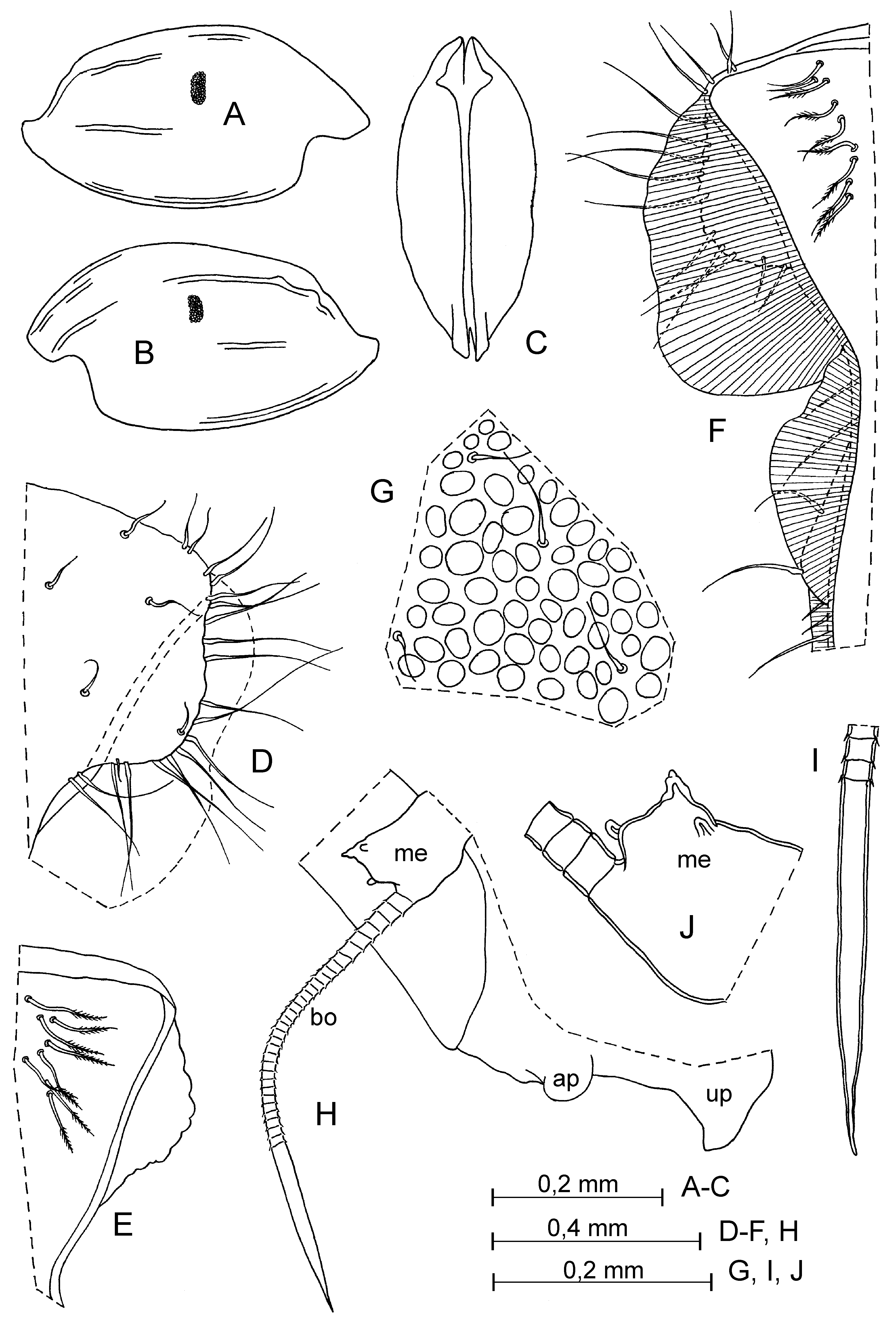