Etymology. The name “ carajaensis ” refers to the Serra dos Carajás where this species was discovered.

Type Locality. The type locality is a temporary wetland located in the extreme southern area of the National Forest of Carajás ( Figure 3 View FIGURE 3 ). The area is part of Parauapebas river drainage, a major tributary of the river Itacaiúnas, which empties into the Tocantins River near the city of Marabá ( Santos, 1986). The substrate is primarily composed mostly of iron ore concretions (canga) and deposited organic matter. Pool depth during collection was 30-40 cm. The site is among the most diverse wetland areas sampled on the Serra Sul plateau (Golder Associates, 2010) with fifteen aquatic macrophyte species reported. Most of the habitat is colonized by Cyperaceae , particularly Eleocharis and Cyperus. The site is in seasonally dry forest: dry generally between June and September and wet from November to April, with an average annual rainfall of 1,930 mm ( IBAMA, 2003). Many macrophyte species on the Serra Sul plateau are drought adapted, which is most intense from June to August (Golder Associates, 2010). Data obtained in November 2007 and February 2008 indicated water temperature ranging from 29.9 to 30.1 °C, pH from 5.05 to 8.29; dissolved oxygen from 2.26 to 7.37 mg /L and conductivity from 29.7 to 39.6 µS/cm (Golder Associates, 2010).

Female. The female does not have any specific distinguishing morphological characteristics.

Distribution and habitat. Dendrocephalus carajaensis sp. nov. is known only from the type locality in canga deposits on the Serra Sul plateau, in the municipality of Canaã dos Carajás, Pará State, Brasil. The canga deposits are not more than 5 % of the 411,948.87 hectares of the Carajás National Forest ( Seco & Mesquita 1983, Ab’Saber 1986, ICMBIO 2012). Several of these canga formations were eliminated by iron ore mining. Thus, it is anticipated that the remnant habitat with appropriate conditions to support additional populations of this species are scarce.

The type locality will most likely be destroyed with the opening of a new iron mine (Golder Associates, 2010). Additional surveys need to be conducted to ascertain if this species occurs in any other habitats. Presently, this species meets the criteria under the IUCN Red List ( IUCN, 2001) as Critically Endangered (CR), with the area of occupancy less than 10 km 2, known only to exist at a single site (B 2), and projected decline in extent of occurrence, occupancy and quality of habitat (ab). 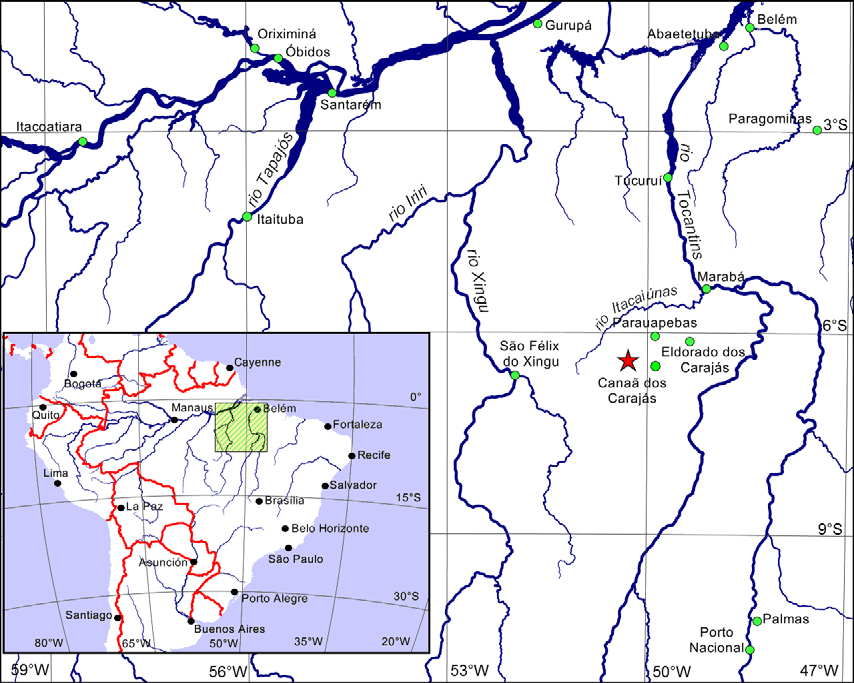 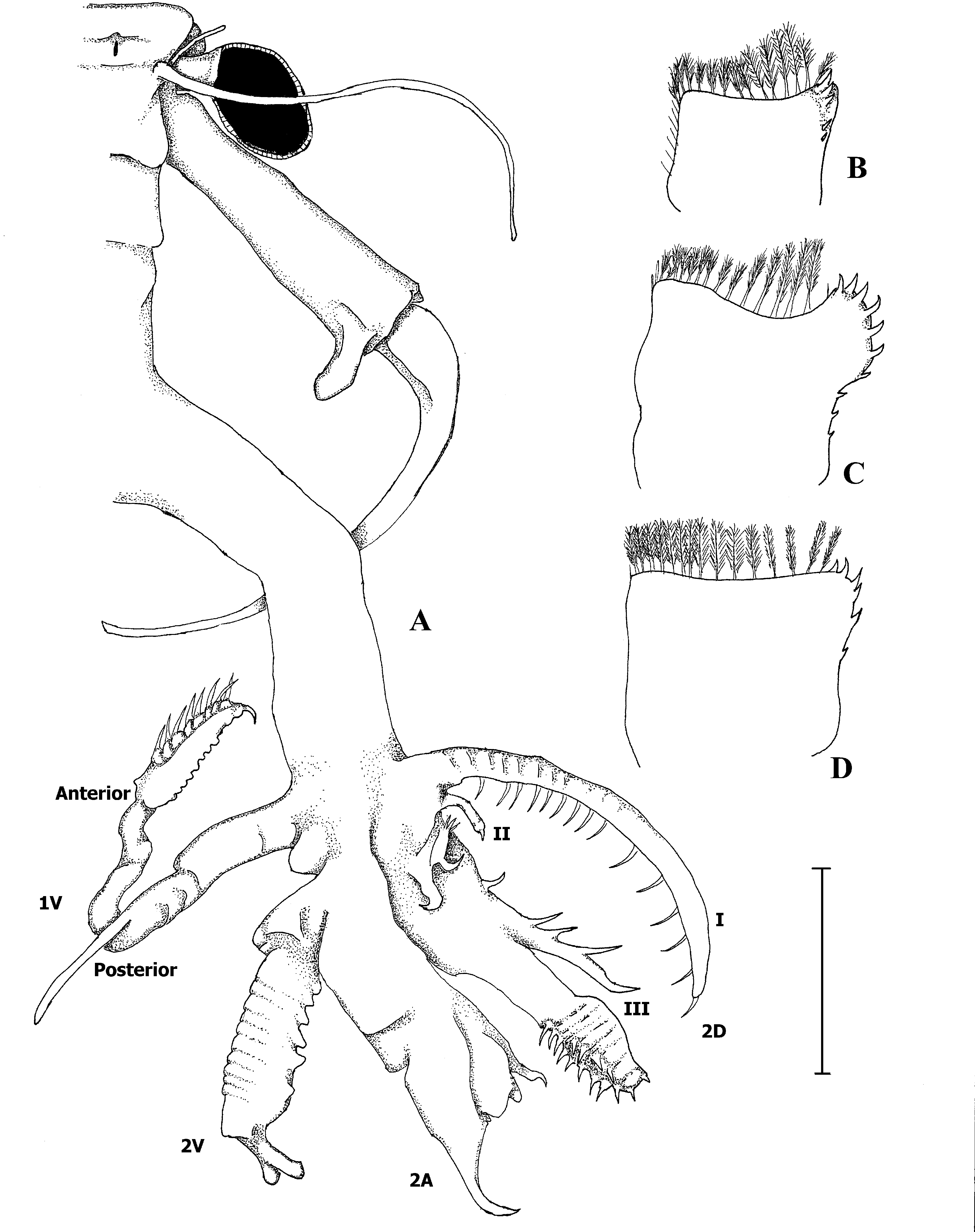