Diagnosis. This species differs from all species of Oriental region by the complete biseriate costal area in combination with the stouter antennae with setae, the darker, longer, and less swollen pronotum, and the more elongate head.

Etymology. This species is named in honour of the B. P. Bishop Museum from which numerous specimens were borrowed for this study.

Discussion. The new species A. bishopae  differs from all other species of Agramma  from the Oriental Region by the complete biseriate costal area. Agramma biseriata  differs from this new species by the more setose and stouter antennae, the darker, longer and less swollen pronotum, and the head more elongate. This new species is also similar to A. sedale  , but differs by the darker pronotum and the form of hemelytra. The hind tarsi are short, enlarged, and hairy. The species superficially resembles the genus Litadea  China by the form of the hemelytra with indistinct areas (not delimited by boundary veins), and possessing large hind tarsi. However, the hind tarsi are less enlarged than Litadea  , the hemelytra much narrower, and the antennae more slender and not pilose. 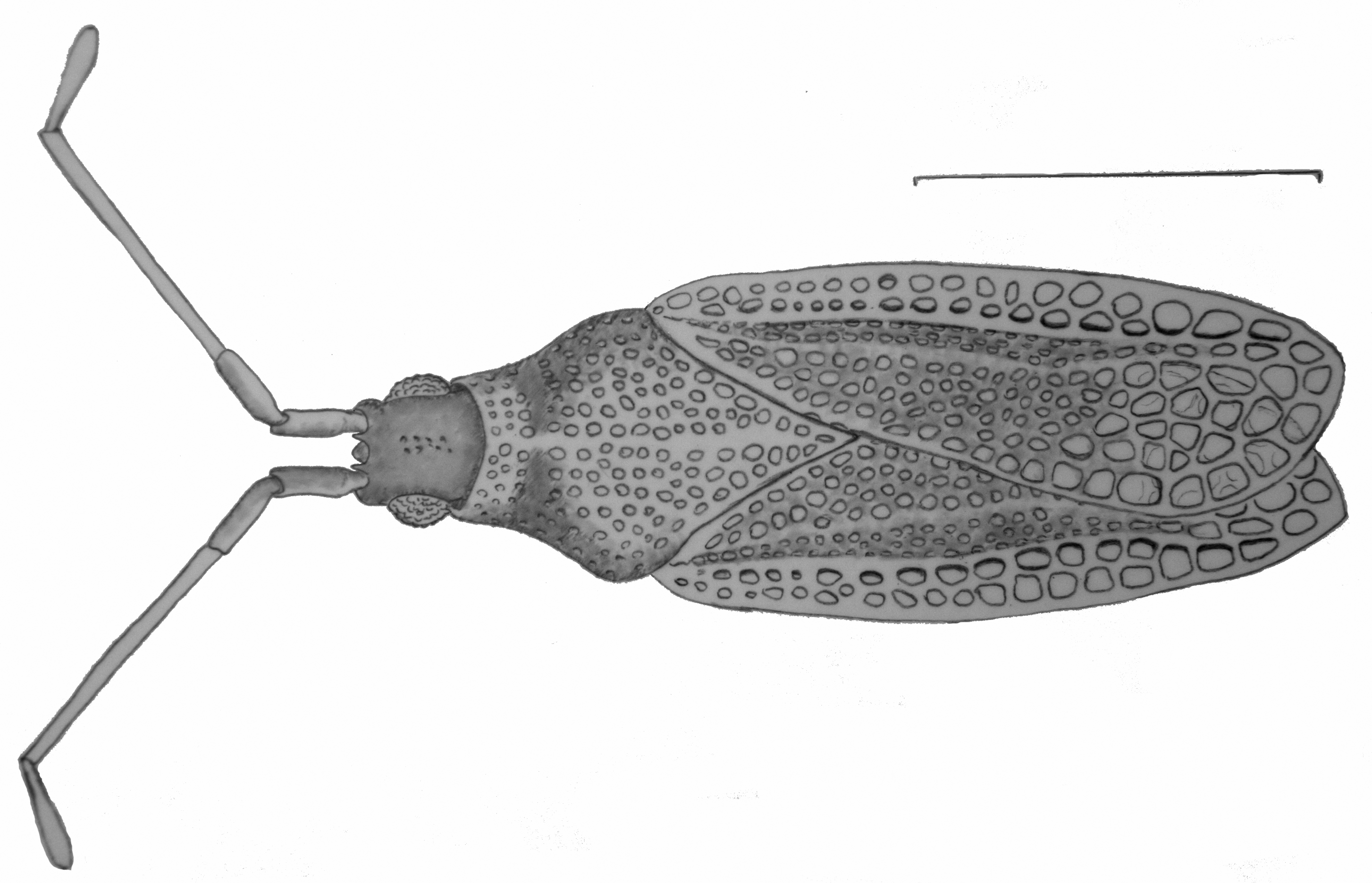