Lectotype designation: Redescription of this species given below is based on two specimens deposited in NMPC having a status of syntypes. Although Reitter (1882) did not mention the number of specimens in his original description, two males were found in NMPC with the label Caucasus, Meskisch. Gb. Leder, Reitter. One male is here designated lectotype and one male is paralectotype, in order to ensure the stability of nomenclature and provide a unique name-bearing type for Euconnus robustus   .

Differential diagnosis: Euconnus robustus   differs from other species of schlosseri   group by small body, 1.65 mm long, all antennomeres III –VII slightly transverse, subequal; antennomeres VIII and IX which are 1.25 and 1.40 times as wide as long and slightly transverse antennomere X which is 1.20 times as long as wide. Euconnus robustus   is similar to E. pararobustus   (see also remarkss for that species) and also to E. garganicus   and E. ispartaensis   . From all these species E. robustus   can be easily distinguished by much less transverse antennomere X, which is only 1.20 as wide as long. See also note of E. gagranicus   . 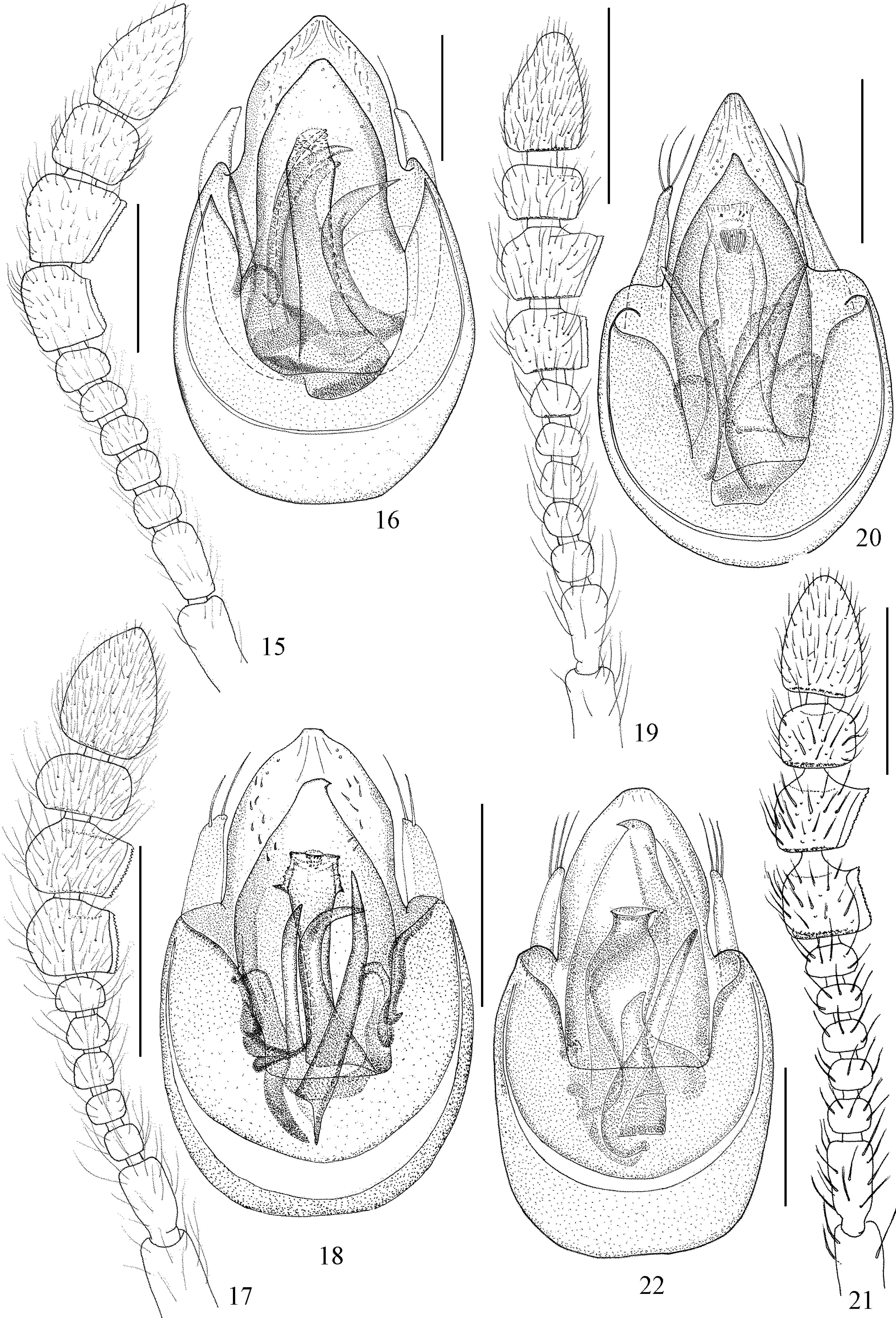