Etymology: named after Gagra, village in Abkhazia, Georgia, where the species was discovered.

Differential diagnosis: Euconnus gagranicus   differs from other species of schlosseri   group by small body, about 1.65 mm long, transverse antennomere IX, 1.50 as wide as long, and transverse antennomere X, about 1.60 times as wide as long. E. gagranicus   is most similar to E. ispartaensis   but it differs from the latter by having terminal antennomere XI 1.60 times as long as wide, only 1.35 times as long as wide in E. ispartaensis   and by different aedegus.

Note: The specimen from Gagra used by Franz (1975) for the redescription of E. robustus   is not conspecific with this species and it represents a new species which is described here above. 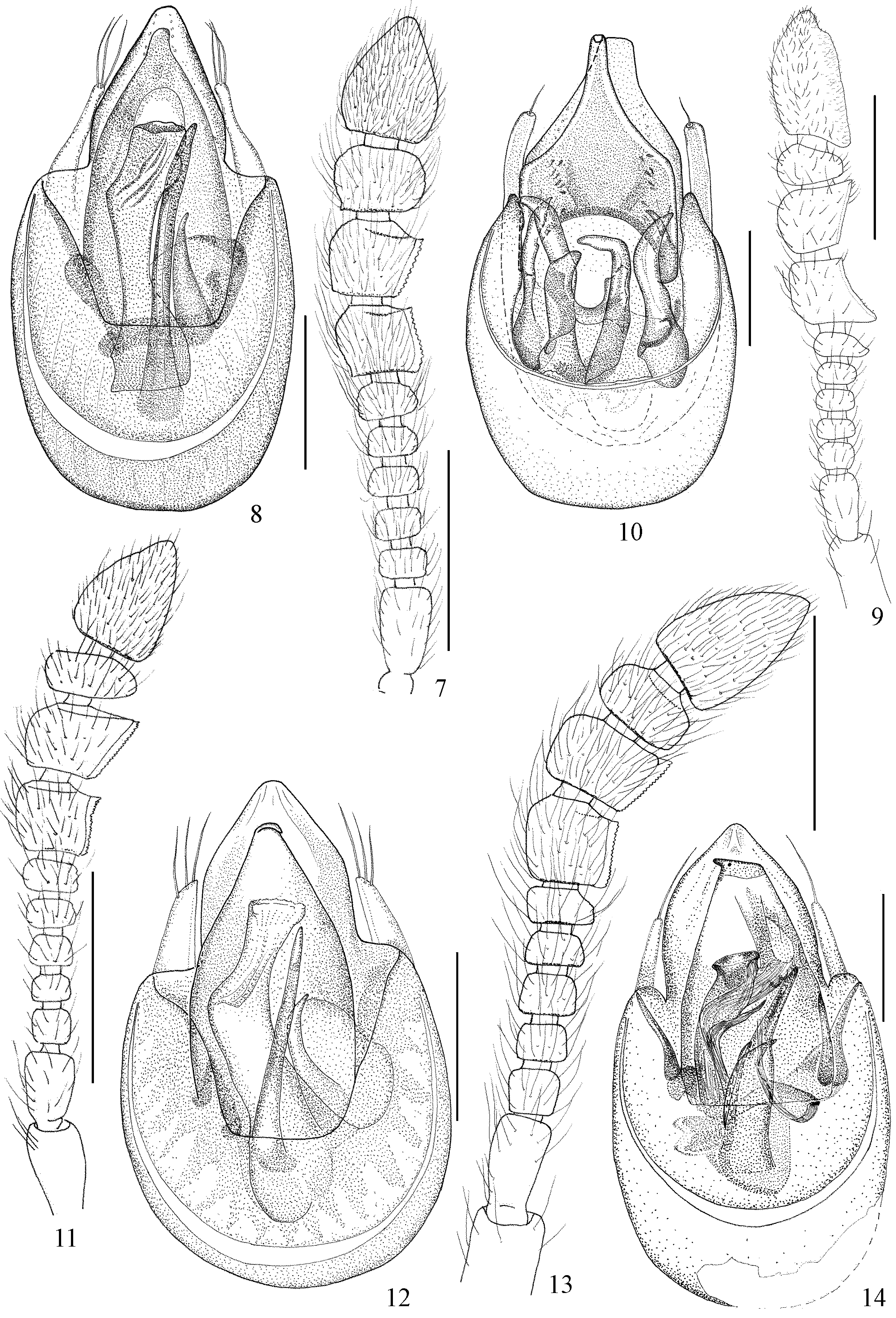