Comparing the recently collected specimens from W Iran, with available material in NMPC allowed the authors to conclude that Iranian populations of T. ahriman   do not exhibit any significant N/S or E/W variation in the shape of male genitalia, linking them with the Afghan populations of T. klapperichi   . Iranian populations, in fact, with the possible exception of a single specimen from southern Zagros Mts drawn in Audisio (1993b; Figs 129 q-r therein), probably erroneously attributed to T. klapperichi   (an immature specimen showing apparently more elongate but poorly sclerotized tegmen), appear on the contrary to be rather uniform, and also the specimens recently collected along the central-southern portion of the Zagros seem to differ distinctly from central and NE Afghan populations ( Easton 1957) of the true T. klapperichi   . Therefore, we are now convinced that the above cited Iranian specimen previously tentatively attributed to T. klapperichi   belongs to T. ahriman   , and this latter taxon should be resurrected to a specific rank. This species appears to exhibit a rather wide geographic range from the Zagros Chain and the surrounding mountain systems to the E Elborz Mts (Fig. 25). We summarized in Figs 3–5 View FIGURES 3 – 10 and in the key to identification the diagnostic differences between these two taxa, as well as those between T. egenus Erichson, 1845   (s.l.: see comments below), T. otini Easton, 1954   , and T. khorasanicus   sp. nov. See Figs 3–24 View FIGURES 3 – 10 View FIGURES 11 – 18 View FIGURES 19 – 22 View FIGURES 23 – 24 also for a summary of the diagnostic characters separating T. ahriman   from T. rebmanni Easton, 1957   (from Afghanistan and NW Pakistan: Easton 1957) and T. kassites   sp. nov. (the latter taxon being syntopic with T. ahriman   on the Zagros Mts).

Note. According to the thus far known distributions ( Easton 1954; Audisio 1993b) of the Euro-Siberian Thymogethes lugubris ( Sturm, 1845)   and T. gagathinus ( Erichson, 1845)   , both known to occur in N Turkey and Caucasus (see key to identification of the Near East Thymogethes   below), the presence of these two taxa in some mountain localities of the NW Iran cannot be excluded. 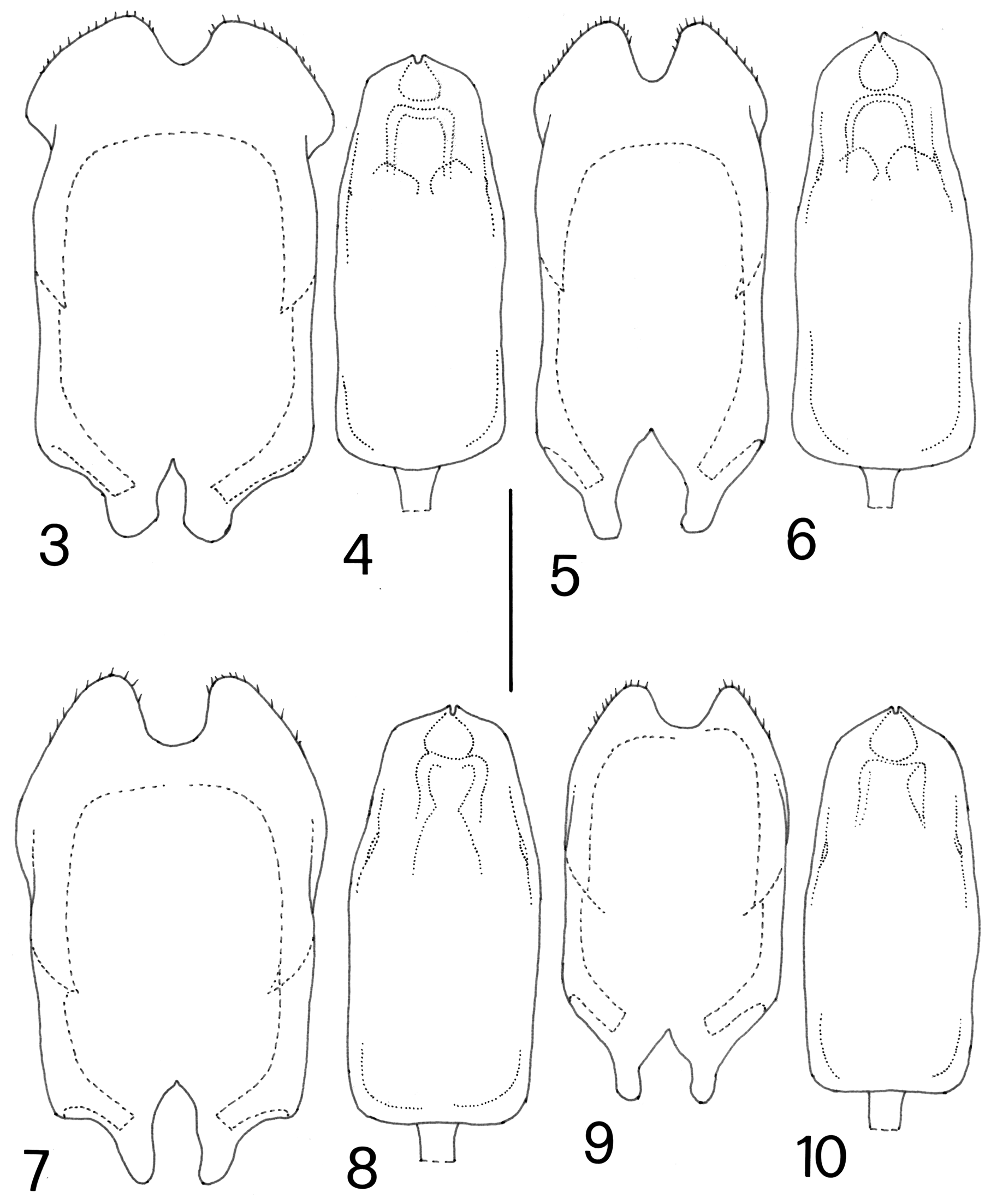 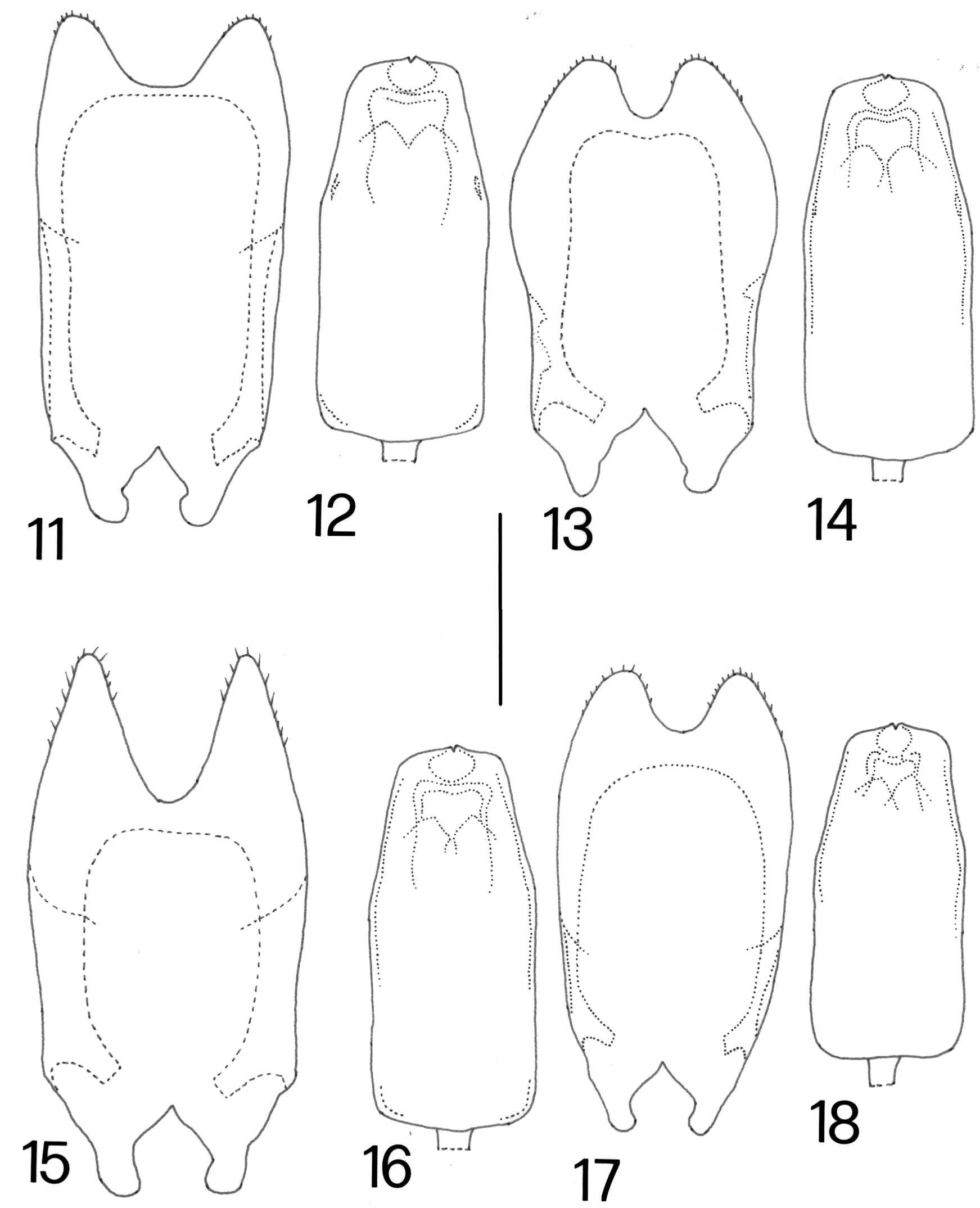 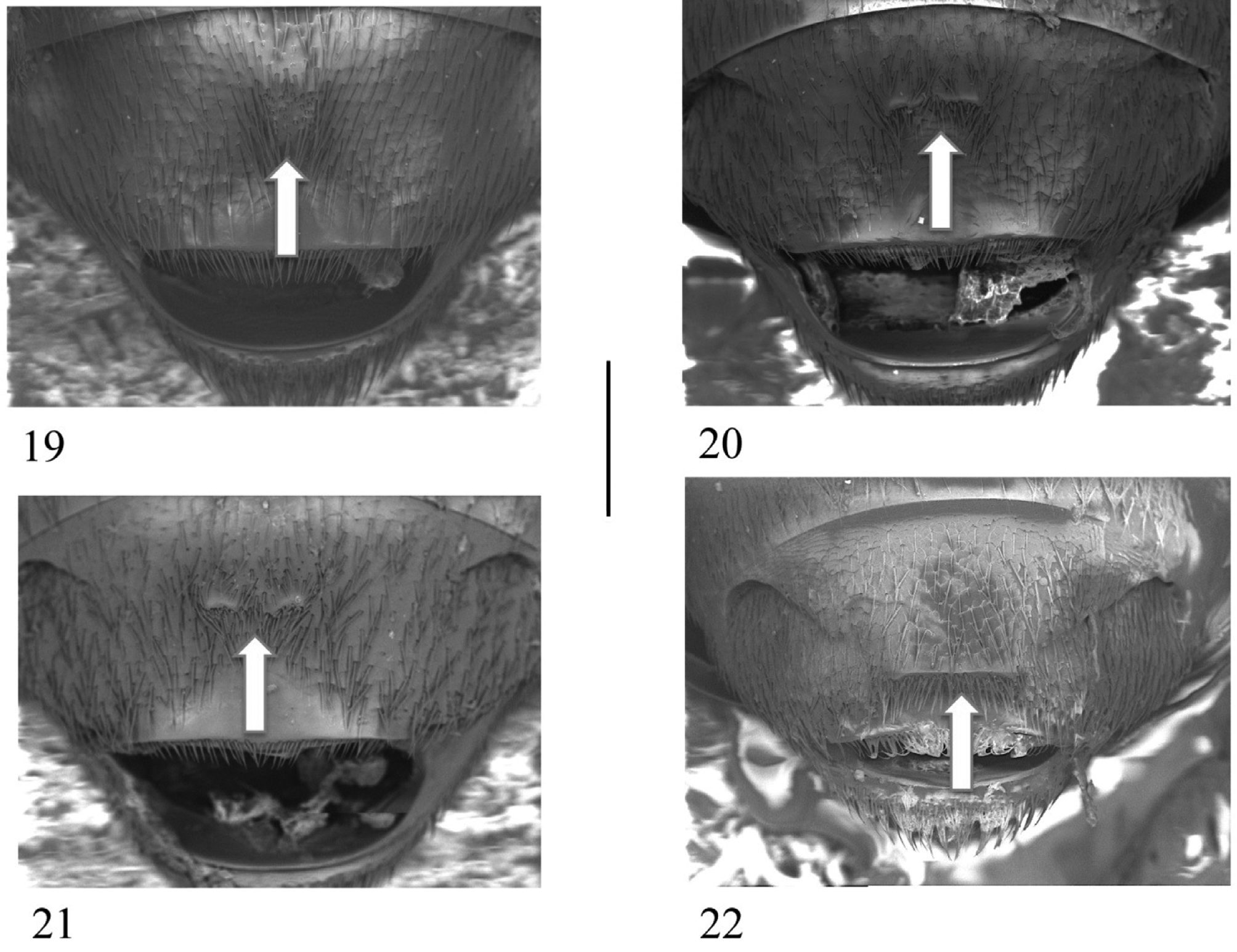