The larva and pupa of Triplectides gracilis were originally described by Müller (1921) as Tetracentron ramulorum . In his series of notes and letters Müller gave some characters of the immatures of this species, but these characters are so general and isolated that do not allow its identification nowadays. In this paper we provide a complete description of the larva, pupa and cases of this species and compare it with the other described Neotropical species in the genus.

Abdomen with gills simple, present on segments I–VIII (all segments with dorsolateral, lateral and ventrolateral gills, except segment I lacking lateral ones) ( Fig. 21 View FIGURES 13 – 22 ). Segments II–VIII each with pair of long posteromesal setae (those of segments III–VII very thin). Segment IX dorsal sclerite with 6 long setae on its posterior margin and 2 pairs of very short, lateral setae anterior to them; with 2 lateroposterior setae at each side of sclerite ( Fig. 22 View FIGURES 13 – 22 ).

Pupa. Length up to 17.4 mm. Pupa of this species identical to that of T. misionensis Holzenthal (see description above), differing in length and in chaetotaxy of labrum. In T. gracilis , labrum similar to that of T. jaffueli Navás with 3 long setae at each basolateral corner and 3 pairs of long setae along its distal margin (1 mesal and 2 laterals).

Habitat. The immatures of both species were found in almost all sites sampled, in 1 st (arroyo Tamanduá and arroyo Azul) to 4 th (arroyo Cuñá-Pirú) order streams that ranged from 161 to 403 m a.s.l. In all streams the substrate was composed of boulders, cobbles, gravel and sand, along with leaves and woody debris that comes from the gallery forest that develops on the margins. The larvae were collected in runs, riffles and pools in areas with accumulations of organic matter, especially woody debris.

Systematic considerations. The larvae of the 2 species of Triplectides described herein each have a series of distinctive features that allows their differentiation from those of the other known Neotropical species in the genus, T. jaffueli (see Holzenthal 1988) and T. egleri (see Sattler 1963) ( Table 1 View TABLE 1 ). Of this series of characters, the shape of the anterior border of the pronotum, the presence of sa 2 sclerites in the mesonotum, the coloration of the legs and the number and distribution of the gills are the most important features in the identification of the larvae of these species.

Pupae of these species can be distinguished by the chaetotaxy of the vertex, antennal scape and labrum. The pupa of T. gracilis can be differentiated from that of T. misionensis by the chaetotaxy of the labrum, which is identical to that of T. jaffueli , bearing 3 pairs of long setae along its distal margin, and from T. jaffueli by the number of setae on the vertex (1 pair vs. 3) and on the antennal scape (5 setae vs. 4). There are no available data on the pupa T. egleri .

We are very grateful to the forest rangers from Salto Encantado Provincial Park, for their kindness and field assistance throughout the course of the investigation. We thank the Ministerio de Ecología y Recursos Naturales Renovables from Misiones Province for its support and for providing the permits to sample in the protected areas. We also thank Dr. Natalia Alberico (University of Buenos Aires) for her help in the translation of Müller’s paper and Dr. Silvina Menu-Marque (University of Buenos Aires) for the revision of an early version of the manuscript. We also thank the anonymous reviewer and Dr. John Morse for their critical comments that greatly improved the quality of the manuscript. This project received financial support from Agencia Nacional de Promoción Científica y Tecnológica (PICT 2002-12348), Universidad de Buenos Aires (UBACyT X 836) and Universidad Nacional de Luján, Departamento de Ciencias Básicas. JVS was supported by a Postdoctoral Fellowship from CONICET (Consejo Nacional de Investigaciones Científicas y Técnicas). 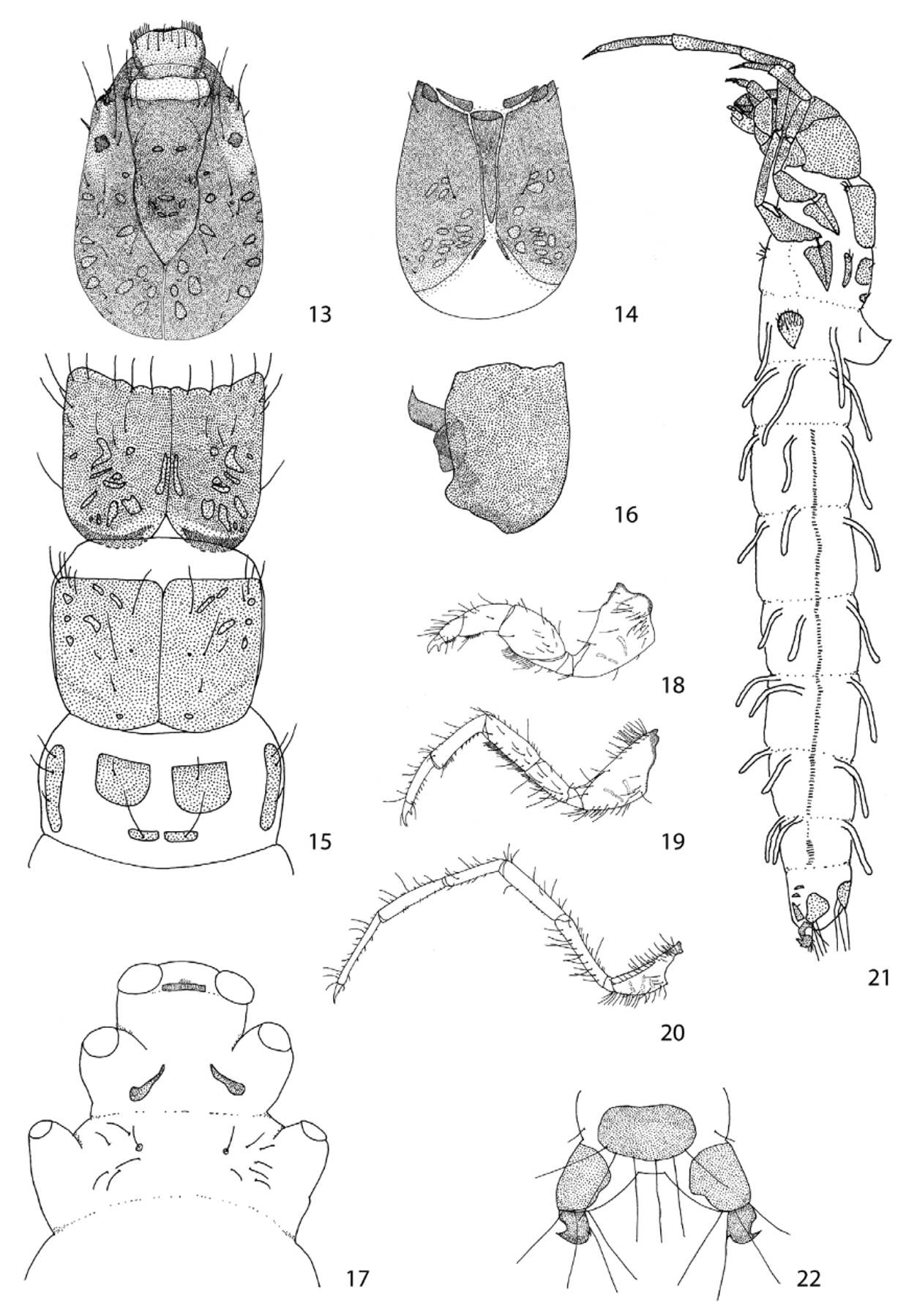