Diagnosis. Male. Length: 11 mm. Frons at vertex / head width ratio: 0.300 (n= 1). ST 5 flap deeply sunk into the hind part of the ST 5 proper so that the hind margin of the flap at each side of the excavation is flush with the hind margin of the ST 5 proper. Surstyli with parallel upper and lower edges, weakly concave on inside. Bacilliform sclerite process forming a very low protuberance. Semicircular sclerotisation narrow at apex. Tip of beak at level with apical end of semicircular sclerotisation and with junction of veil and veil process. Right and left part of veil vertical, without rib on anterior surface, partly sclerotised in lower half, and shorter and less transparent than in B. racovitzai   and B. smarti   (this may be due to a layer of greyish glycerol jelly still adhering to its anterior surface). Upper margin smooth and without serrations. Lower part of veil process flattened and expanded and denticulate along margin and on its flattened surface. Posterior part of hypophallic lobe half as wide as the anterior part as seen in ventral view. Dentate process distally widening somewhat in profile view.

It appears that the true B. spinifemorata   may not have been seen by Zumpt (1956). 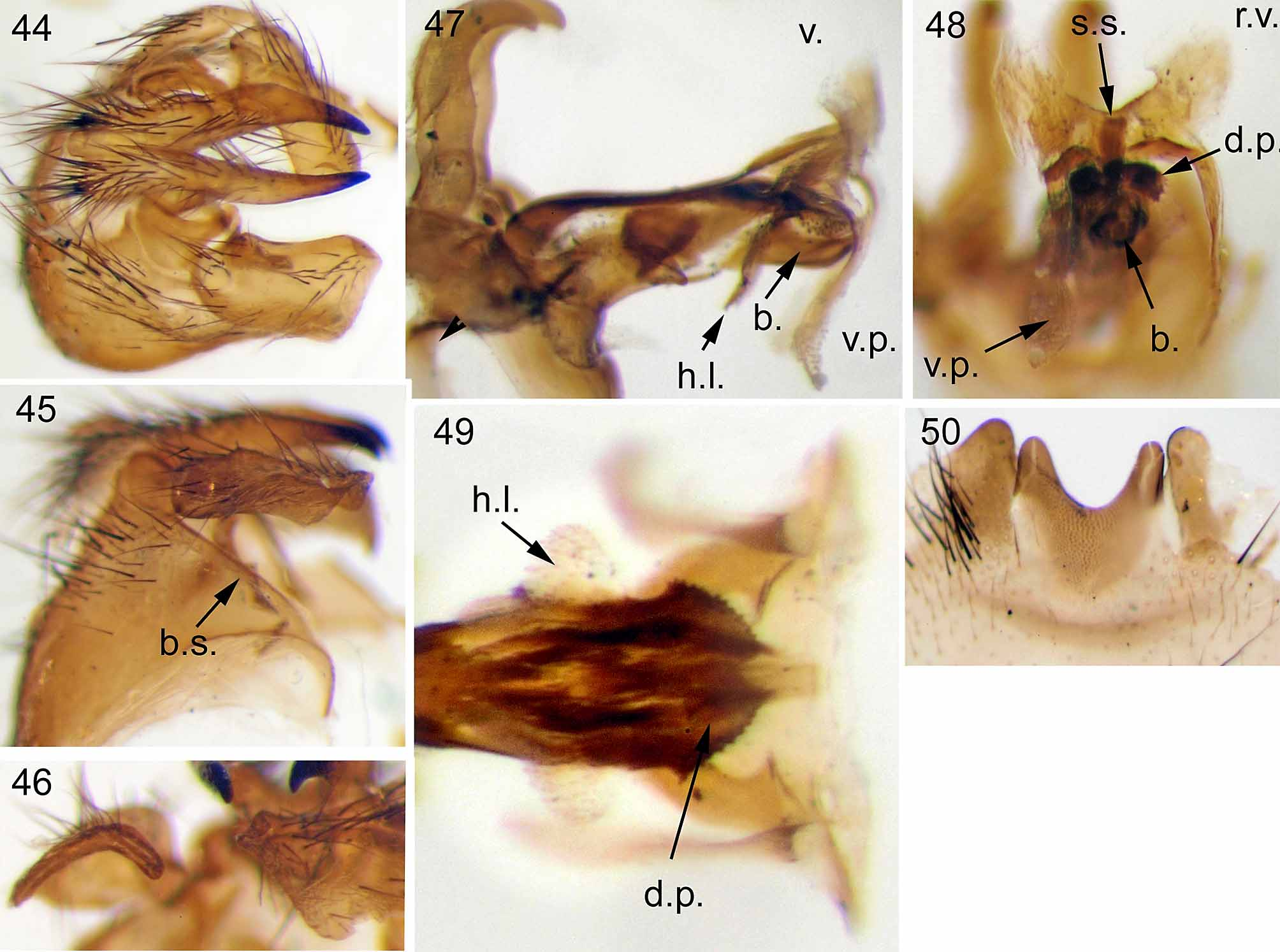