Biological notes. Larvae were collected in rapid flow streams, clinging to submerged grassy vegetation. Adults were also found at the stream. Both males and females aggregated on surrounding vegetation. Although adults can be found throughout the year, greater numbers of adults and last-instar larvae were found in March and April, possibly indicating a reproductive season immediately following the rainy season. Males of this species present broad wings covered by a red pigment, used in a remarkable courtship display when males show their colorful wings to females ( Guillermo-Ferreira & Bispo 2012).

Taxonomic notes. Mnesarete pudica  larva differs from other South American calopterygids (with the exception of Hetaerina cruentata  ) in lacking lateral spines on S 8. The combination of five palpal and three premental setae serves to differentiate this species from other calopterygids. Heckman (2008) diagnosed larvae of the genus Mnesarete  by the presence of lateral spines on S 8-10, which do not occur in M. pudica  and thus cannot be used as a generic trait. We suggest that this genus may be diagnosed by the combination of the following characters: first segment of antenna not armed with setae and shorter than head and prothorax combined; and no posterodorsal hooks on S 4–9. Since there are no remarkable characters that separate South American calopterygid genera, we present some comments that may help on the identification of the most common species.

When comparing the larvae of M. pudica  and M. grisea  with Hetaerina  larvae, we notice that these genera can be distinguished by the presence of setae on the first segment of the antenna in Hetaerina  .

Iridictyon  larvae present the following characters that are not present in Mnesarete  : meso- and metathoracic legs extending beyond apex of abdomen (CAUTION: check to see that abdominal segments are not collapsed or telescoped into each preceding segment); first antennal segment approximately as long as head and prothorax. Ormenophlebia imperatrix  larva presents posterodorsal hooks on S 4 -S 9, which cannot be found on Mnesarete  larvae.

These notes may be useful to identify the most common species in South America until a revision and a definitive key can be provided with sufficient data. 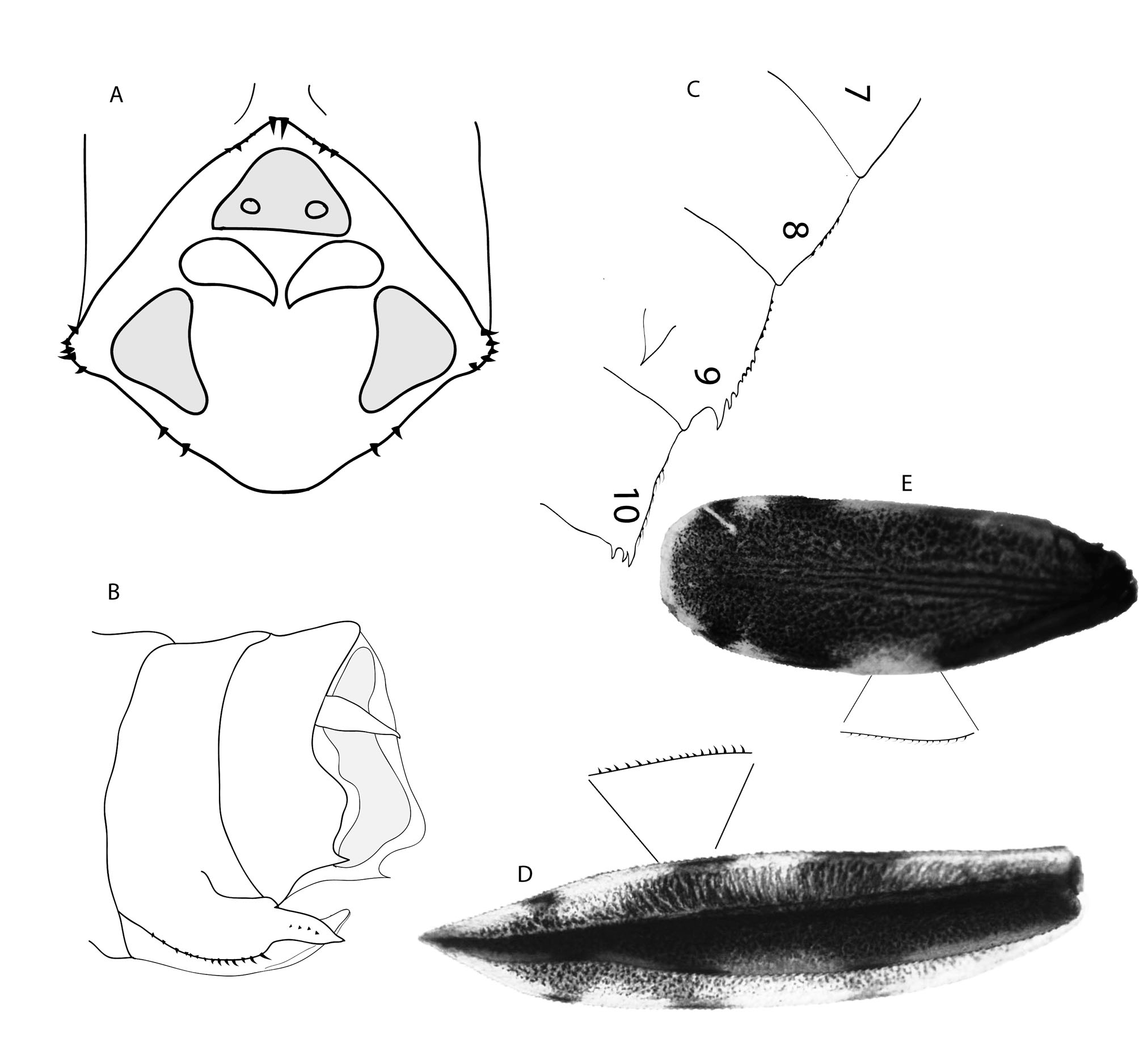