Diagnosis. This species is a member of the L. ferruginea subgroup and is difficult to distinguish from L. ferruginea proper using dissecting microscopes, but the two species may be resolved with compound microscopy (400X) or scanning electron microscopy. Because the lectotype (and two paralectotypes, Kimmins 1970) from Nova Scotia (British Museum of Natural History) of L. ferruginea are females designated by Ricker (1938), we sought male specimens of the L. ferruginea complex from Nova Scotia (the type locality) and other Canadian and New England localities to assist in resolving the identity of L. ferruginea ( Walker 1852) and its synonym, L. decepta Claassen (1923) described from the Ithaca, New York area. R.W. Baumann, B.C. Kondratieff and J.I. Earle graciously provided specimens from Nova Scotia, Newfoundland, New York, New Jersey, Pennsylvania and Tennessee which we examined with SEM. Several images ( Figs. 18-23 View Figs ), provided for comparison, indicate the paraprocts for L. ferruginea are similar in shape to those of L. colemanorum but the apical armature in the former species consists of 1-3 apicolateral, small spurs; typically these spurs are slightly longer and hooked laterad (as shown in Fig. 8 View Figs of Harper & Harper 2003) rather than consisting of low rounded tubercles of the type found in L. colemanorum . Nova Scotia specimens, presumed to be typical for the species, show 2 or 3 hooked apical spurs as in Figs. 18-19 View Figs , and specimens from two New York localities ( Figs. 21-22 View Figs ) are also similar in this respect. Some specimens from the northeast may also bear one or more caudoventral tubercles but the grouping, position and shape of the major spurs appears to be distinctive. Images are also provided for specimens of L. ferruginea found at Mississippi ( Figs. 15-17 View Figs ) and Tennessee sites. These southern specimens, and those from Washington Parish, Louisiana, typically have only one major dorsoapical spur and often a smaller, distal spur or tubercle. The larva ( Figs. 41-44 View Figs ) is identified as L. ferruginea using Harper & Hynes (1971) but in the few specimens available, the new species has almost no setae on the basolateral margins of the mesonotum whereas L. ferruginea is shown with a small setal cluster in this position by Harper & Hynes (1971). In addition, L. ferruginea has at least one seta shown in profile on several ventral abdominal segments and in L. colemanorum specimens these are absent, except for sternum 9. Larvae of the new species are also quite similar to those of L. szczytkoi , but that species also has several basolateral setae on the mesonotum and a single ventral seta on sterna 8 and 9 (DeWalt & Stark 1996).

Etymology. The species name honors Elizabeth and Red Coleman, grandparents of the senior author, and landowners of the Coleman Spring site where the species was discovered.

Comments. Collections of the new species are from seven different springs (8 total sites) in Yalobusha and Calhoun counties, Mississippi, all located on private property. These springs drain into tributaries of the Skuna River or the Yalobusha River above Grenada Reservoir. The Yalobusha and Skuna are tributaries of the Yazoo River system of northwestern Mississippi. Adults were present between 21 September and 8 February. 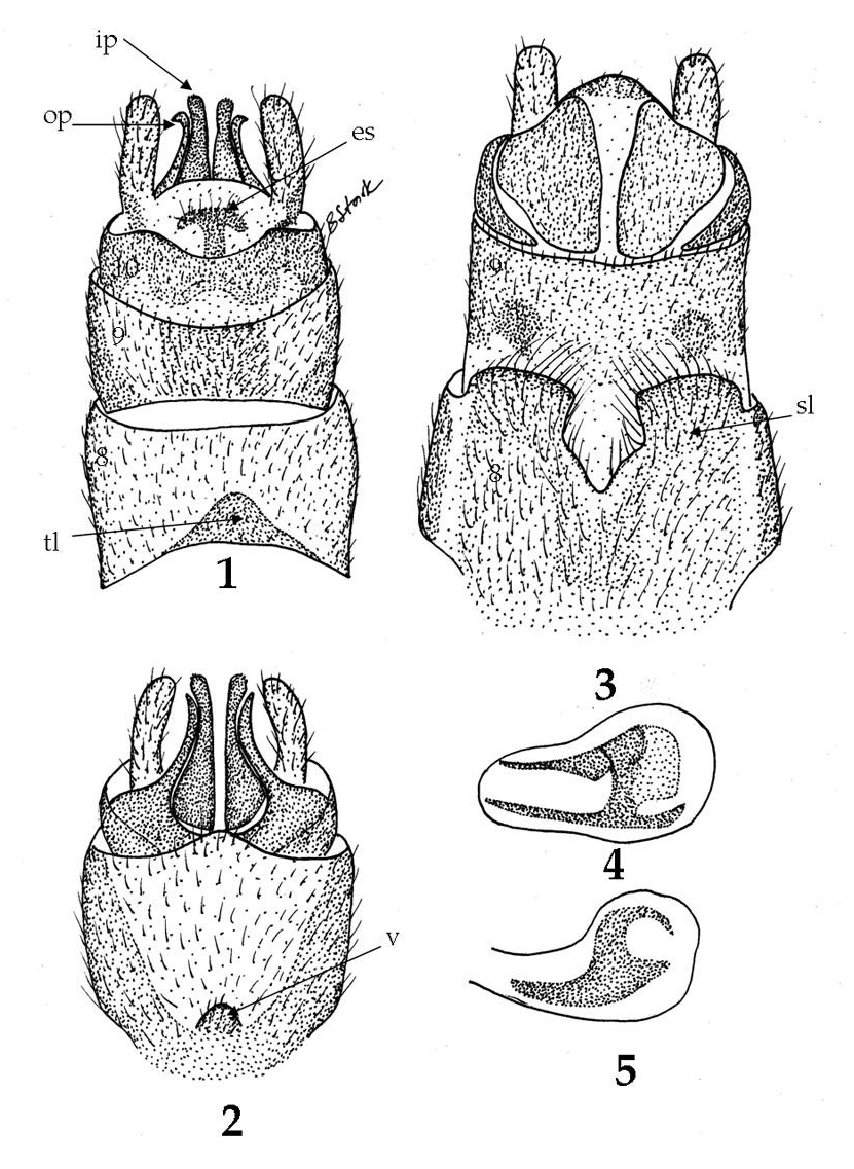