Members of the presumably monophyletic ‘ Trophocleptria group’ within Epeolus share the following diagnostic features: 1) the penis lacks the pair of divergent, fleshy lateral lobes present in at least all other New World male Epeolus ( Fig. 1 View Fig ) (such lobes are also absent in all other Epeolini genera); 2) in both sexes, the pronotal collar is relatively straight (as opposed to convex) along its anterior margin, and is in most species distinctly elongate (medial length ~1 MOD) ( Fig. 2 View Fig ); 3) the mesoscutellum (except in E. pulchellus ) is depressed along its posterior margin beneath a distinct overhanging ridge, which in several species is produced to two posteriorly directed teeth ( Fig. 3 View Fig ); and 4) there is a pair of sparsely punctate to impunctate protrusions on the frontal area, each of which is located near the upper mesal margin of the compound eye ( Fig. 4A View Fig ), although these are greatly reduced/inconspicuous in several species ( Fig. 4B View Fig ) (such protrusions are absent in other Epeolus ). Furthermore, each mesopleuron (except in E. fumipennis ) has a carina delineating its anterior and lateral surfaces, whereas in other New World Epeolus spp. the anterior and lateral surfaces of each mesopleuron are not clearly differentiated from one another ( Fig. 5 View Fig ). 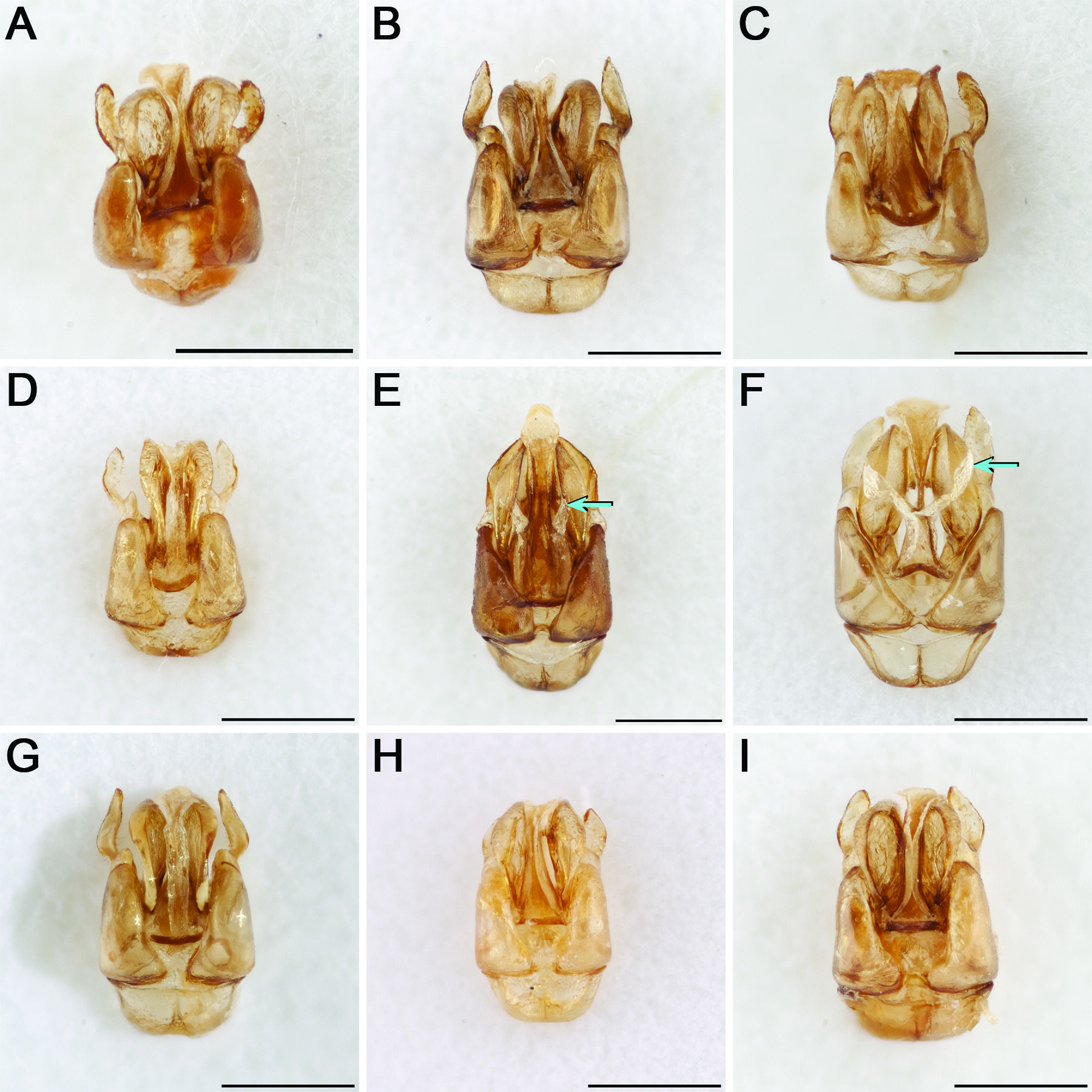 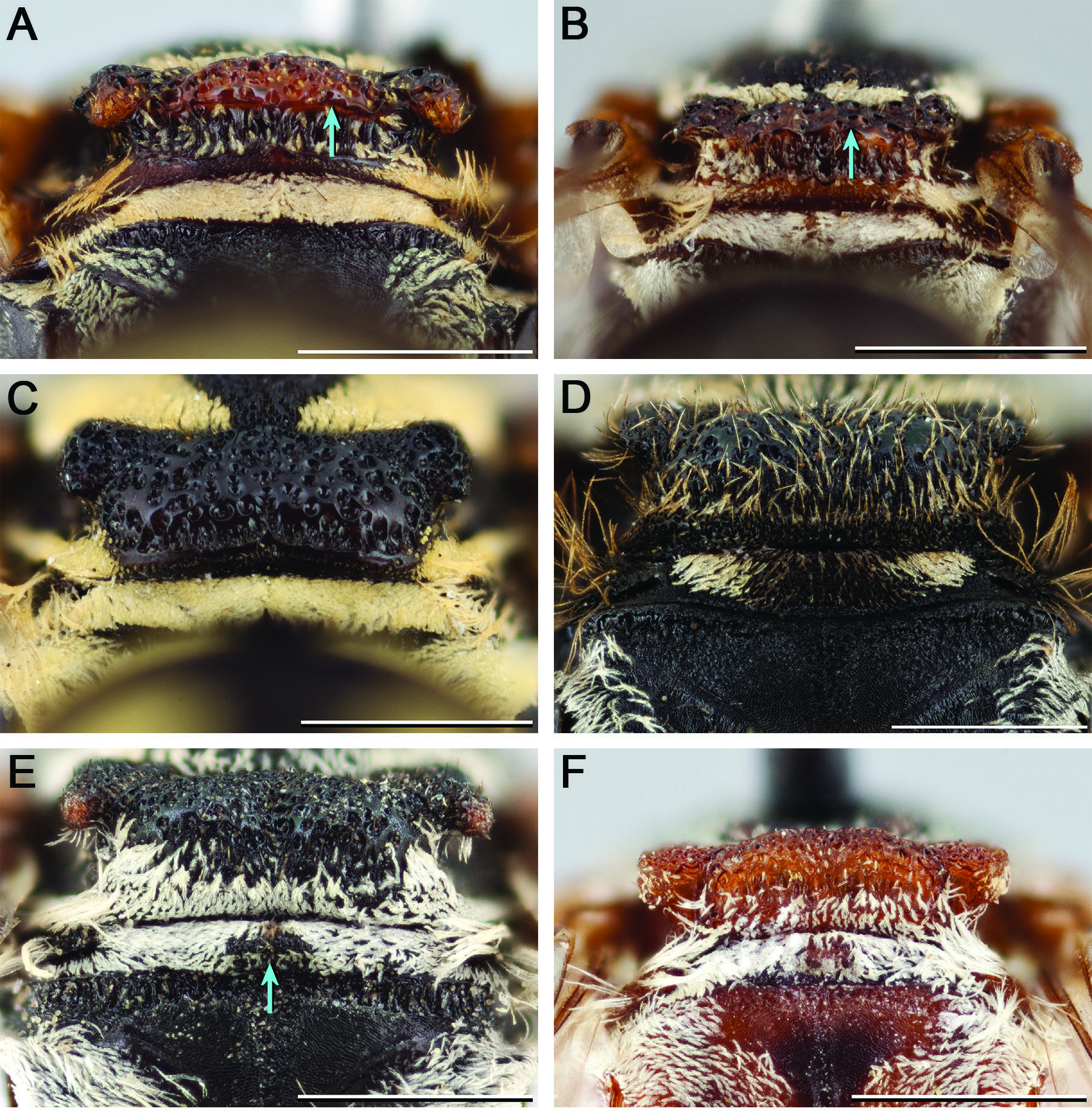 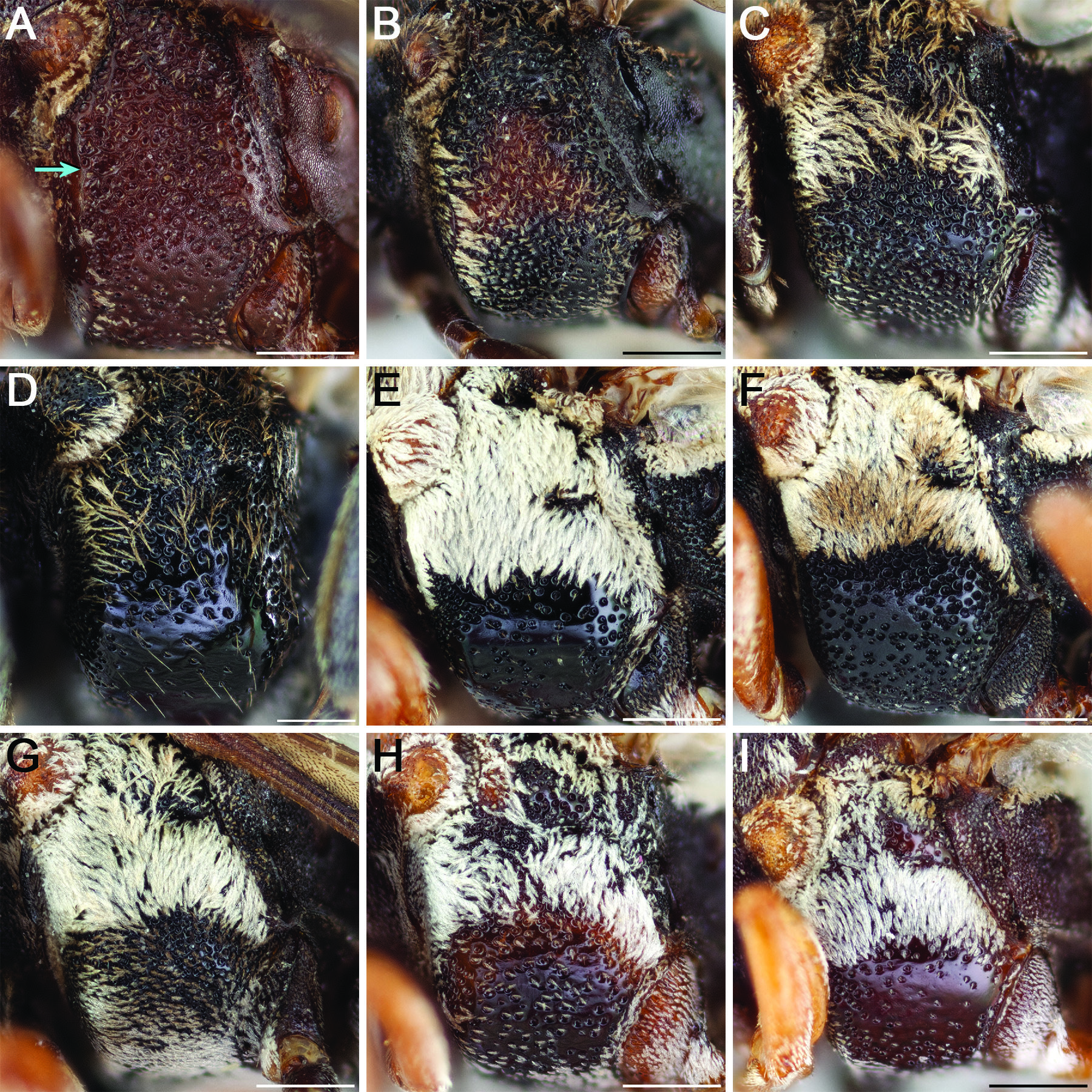