The following morphological features in combination can be used to tell E. odyneroides sp. nov. apart from all other Epeolus : the axillae are small to intermediate in size, not extending beyond the midlength of the mesoscutellum and the free portion of each axilla is less than ⅓ as long as its entire medial length, and like the mesoscutellum black ( Fig. 18D View Fig ); the mesoscutellum does not have a distinct ridge delineating its dorsal and posterior portions ( Fig. 3D View Fig ); T1 does not have any fasciae ( Fig. 18 View Fig B–C); and T2–T4 have complete, bright to pale yellow apical fasciae ( Fig. 18 View Fig A–C). Epeolus odyneroides sp. nov. most closely resembles E. luteipennis in terms of pubescence and structure. Whereas in E. luteipennis each mesopleuron is densely punctate throughout (most i<1d) and T1 has a complete or medially interrupted off-white to pale yellow basal fascia, in E. odyneroides sp. nov. each mesopleuron has sparser punctures ventrolaterally (many i>1d) than in the upper half ( Fig. 5D View Fig ) and T1 lacks fasciae altogether. Additionally, in E. odyneroides sp. nov. the frontal keel has a small tooth-like process, which is absent in E. luteipennis , and the mesoscutum and mesopleura have long, erect simple setae among the shorter branched hairs; only the latter type is present in E. luteipennis . This species is also very similar in overall appearance to Triepeolus bilineatus , Tri. cameroni and Tri. mexicanus , but both sexes of E. odyneroides sp. nov. can easily be told apart from any similar-looking Triepeolus by the presence of a preapical tooth on each mandible; in all Triepeolus spp., the mandibles are simple ( Rightmyer 2004).

The specific epithet is derived from ‘ Odynerus ’, a genus of potter wasps ( Hymenoptera : Vespidae : Eumeninae). This name has become the root in the names of many genera, including Pachodynerus de Saussure, 1875 ( Hymenoptera : Vespidae : Eumeninae), which is similar in overall appearance to this particular species of Epeolus . The Greek suffix – oides means ʻresemblingʼ.

Description as for female except for usual secondary sexual characters and as follows: F2 shorter, not noticeably longer than wide (L/W ratio = 1.1); pygidial plate apically rounded; S4 and S5 with much longer (>1 MOD), curved, coppery to silvery subapical hairs.

In addition to the diagnostic morphological features that separate E. odyneroides sp. nov. from other similar species, its status as a separate species is supported by a separate BIN and large barcode sequence divergence (5.1%) from its nearest neighbor, E. canadensis , which is a visibly different bee (see Figs 18 View Fig , 22D View Fig ). Epeolus odyneroides sp. nov. most closely resembles E. luteipennis , for which only a partial sequence 421 bp in length is available. However, the distance between the two sequences (only one is presently available per species) is larger (6.3%, Supplementary File 3). 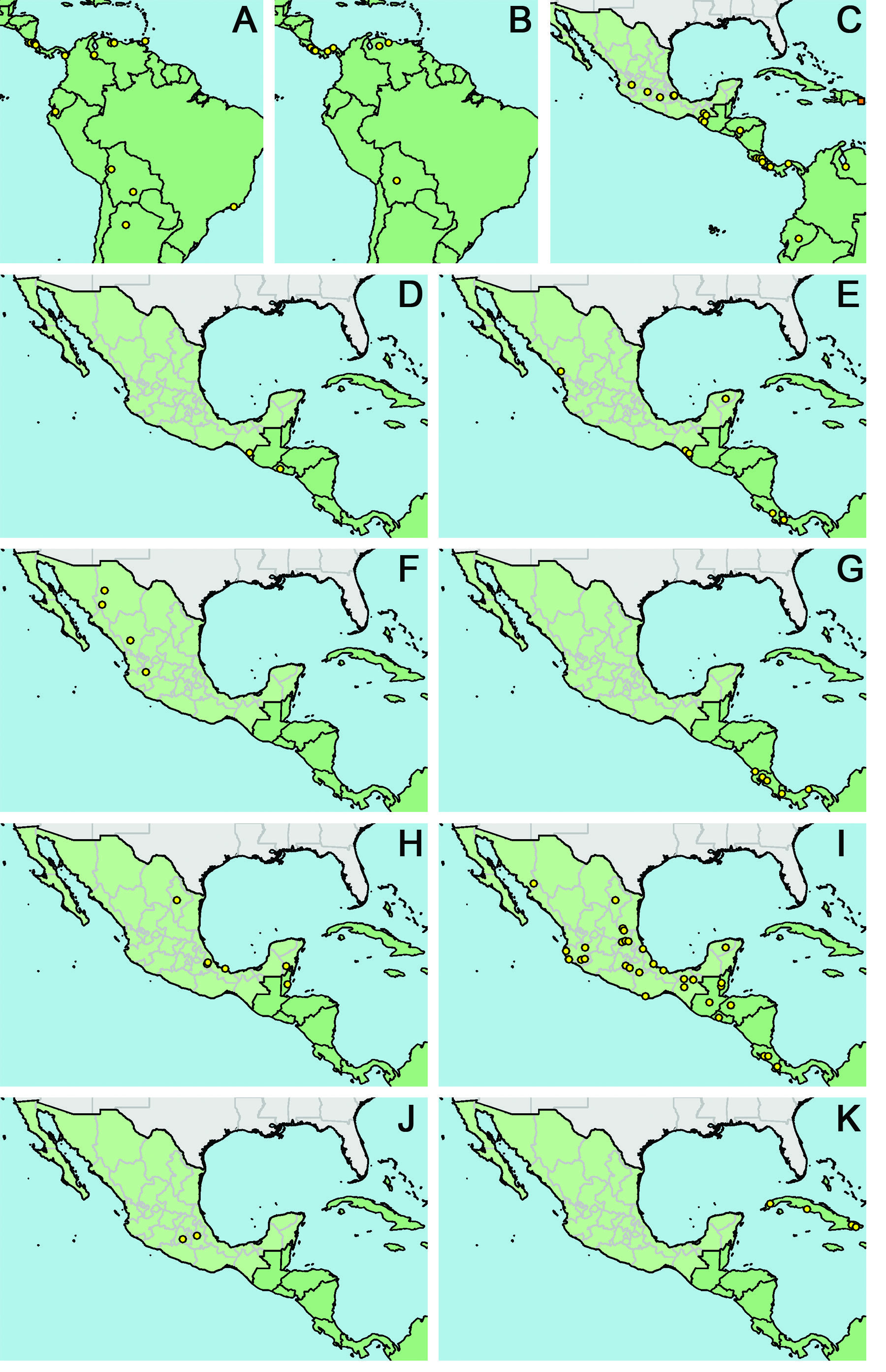