Diagnosis. Casinaria camura sp. nov. shows a unique combination of characteristics within the genus, and can be easily identified by the combined presence of the following: transversal part of epicnemial carina strongly developed (it is a rather rare characteristic within the genus); occipital carina ventrally obsolescent, not bent outwards; second tergite less than 1.5× as long as its apical width; hind femur and hind tibia predominantly dark brown with basal ivory spot on hind tibia; metasoma black with second tergite subapically narrowly reddish, third and fourth tergites entirely reddish. Among the Western Palaearctic species of the genus the new species is most similar to C. moesta (Gravenhorst) or to C. scabra Thomson in colouration and body proportions; it differs from both species by the presence of transversal part of epicnemial carina, and additionally it differs from the former species by the lack of nose-like projection on clypeus, and from the latter species by colouration of hind femur and tibia. Another Palaearctic species with well-developed transversal part of epicnemial carina and with partly similar colouration is C. nigripes (Gravenhorst) , however the occipital carina of this species is complete and strongly bent out, second tergite twice or more as long as its apical width, several wing vein characteristics differ, and body is significantly longer. Among the Eastern Palaearctic and Oriental species of the genus the new species is most similar to C. atrata Morley regarding the structure of epicnemial carina and hind leg colouration; however, the colouration of this species is wholly black (except palpi and basal spot of hind tibia).

Ecology. No host is known. Most probably a koinobiont endoparasitoid of lepidopterous hosts as other Casinaria species.

Etymology. The specific epithet camura is the feminine form of the Latin adjective camurus, -a, -um meaning curved or arched inward; it refers to the well-developed transversal part of the epicnemial carina.

Remarks. By using the identification key of the most recent revision of Western Palaearctic Casinaria species ( Riedel 2018), C. camura sp. nov. runs to couplet 27 together with C. scabra and C. moesta but without further matching to either half of the couplet. The distinctive characteristics from these species are given in the Diagnosis section. 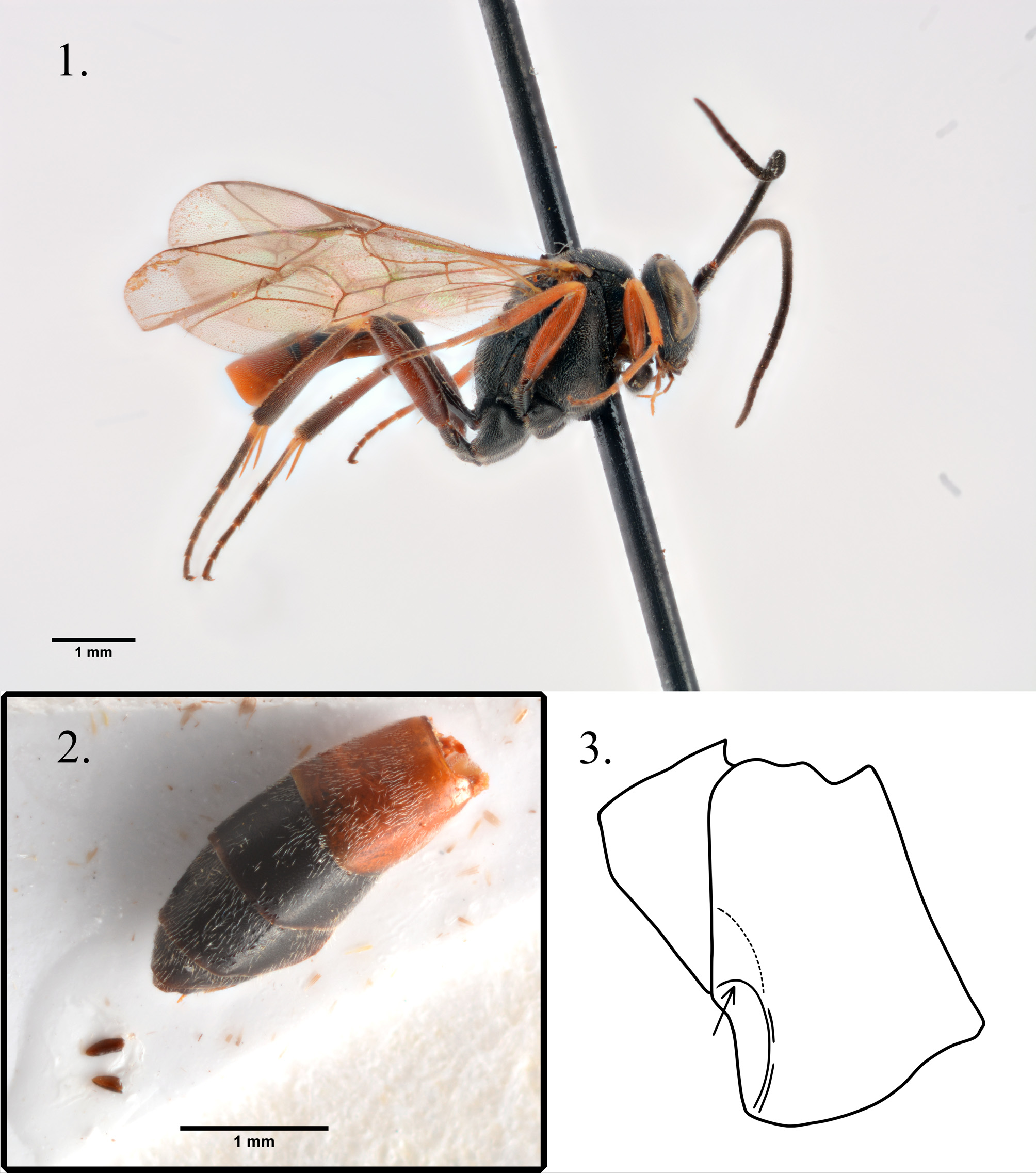