Etymology: From Latim adamas = diamond, a reference to the type locality, which was a diamond exploration area in the past.

Taxonomic remarks. Ablabemsyia adamantis  sp. n. is closer related to A. arquata Neubern  , the two species have femur with similar coloration pattern and a small and truncated dorsal lobe. However, the new species can be recognized by having 4, 4, 3 bands on the fore, mid and hind tibiae respectively, TIX with one seta on each side and transversal sternapodeme robust. In contrast, A. arquata  has 4, 3, 3 bands on the fore, mid and hind tibiae respectively, two setae on each side of TIX and a relatively thin transversal sternapodeme. Furthermore, A. arquata  has the aedeagal blades strongly arched, while in A. adamantis  sp. n. they are only slightly curved at apex.

Notes on biology. The larva of Ablabesmyia adamantis  sp. n. was collected in a first order stream, associated with decidous leaves accumulated in the bottom, with 0.95 m wide, 0.09 m deep and negligible flow, at about 600 m above s.l. This water course is characterized by acidic black water (4.75), low conductivity (1.30 mS/cm), high concentration of dissolved oxygen (6.76 mg /L) and low temperature variation (about 24 °C). The opening of the canopy was small and the dominant substrate types in the stream beds were sand, thick and fine litter.

Distribution. This species is known only from the type locality in the Serra do Tepequém, Roraima State, Brazil ( Fig. 5View FIGURE 5) 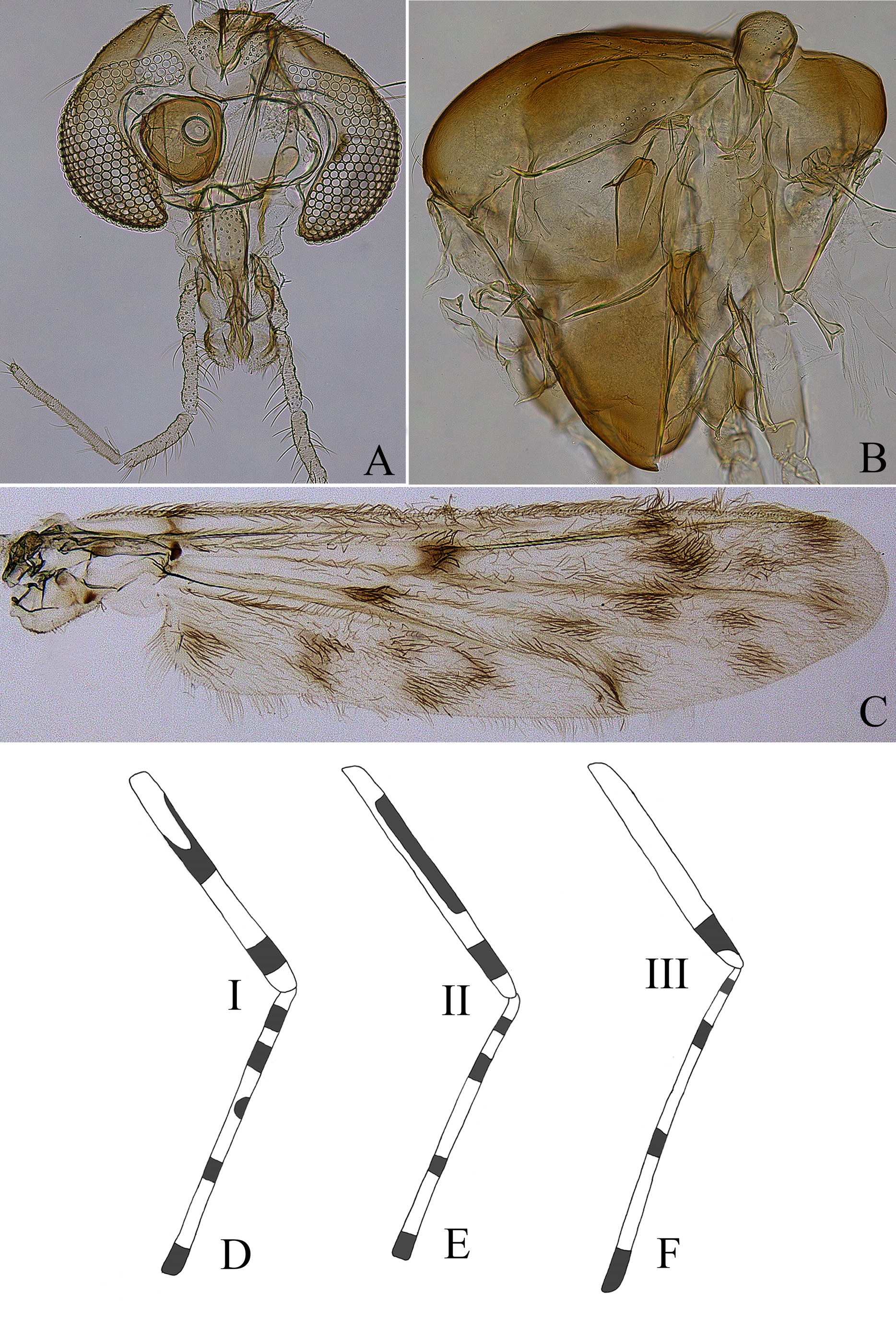 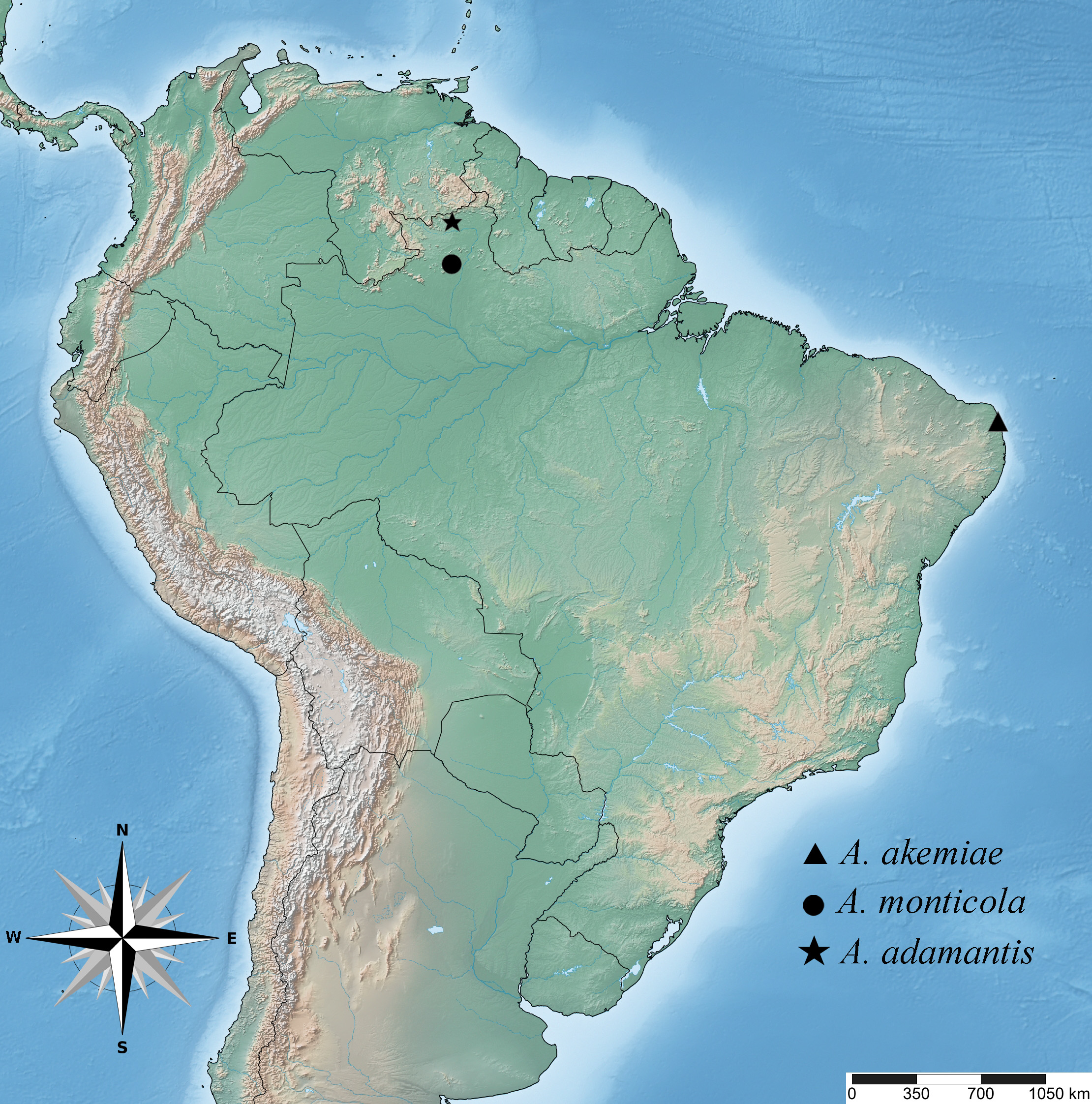 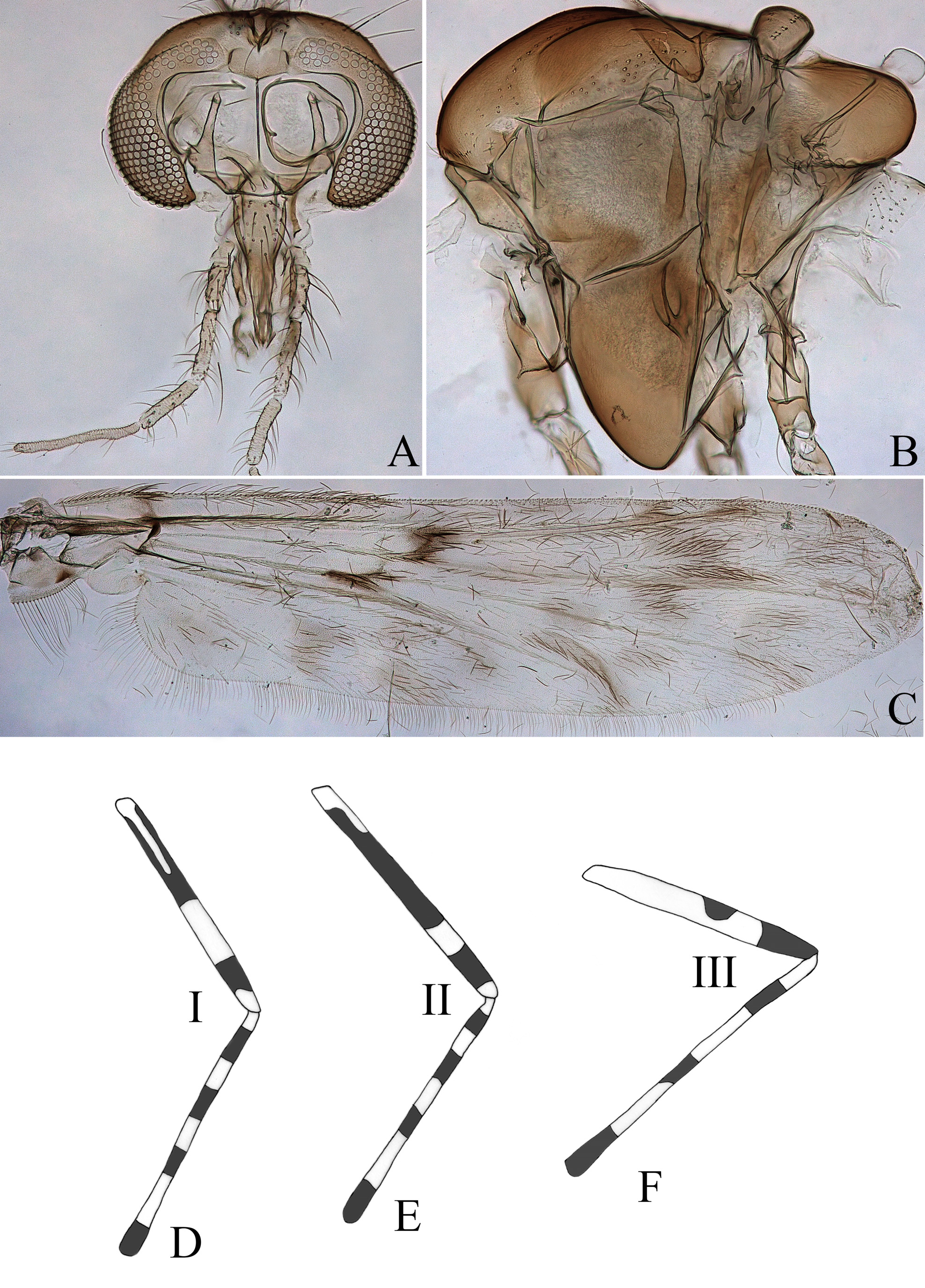 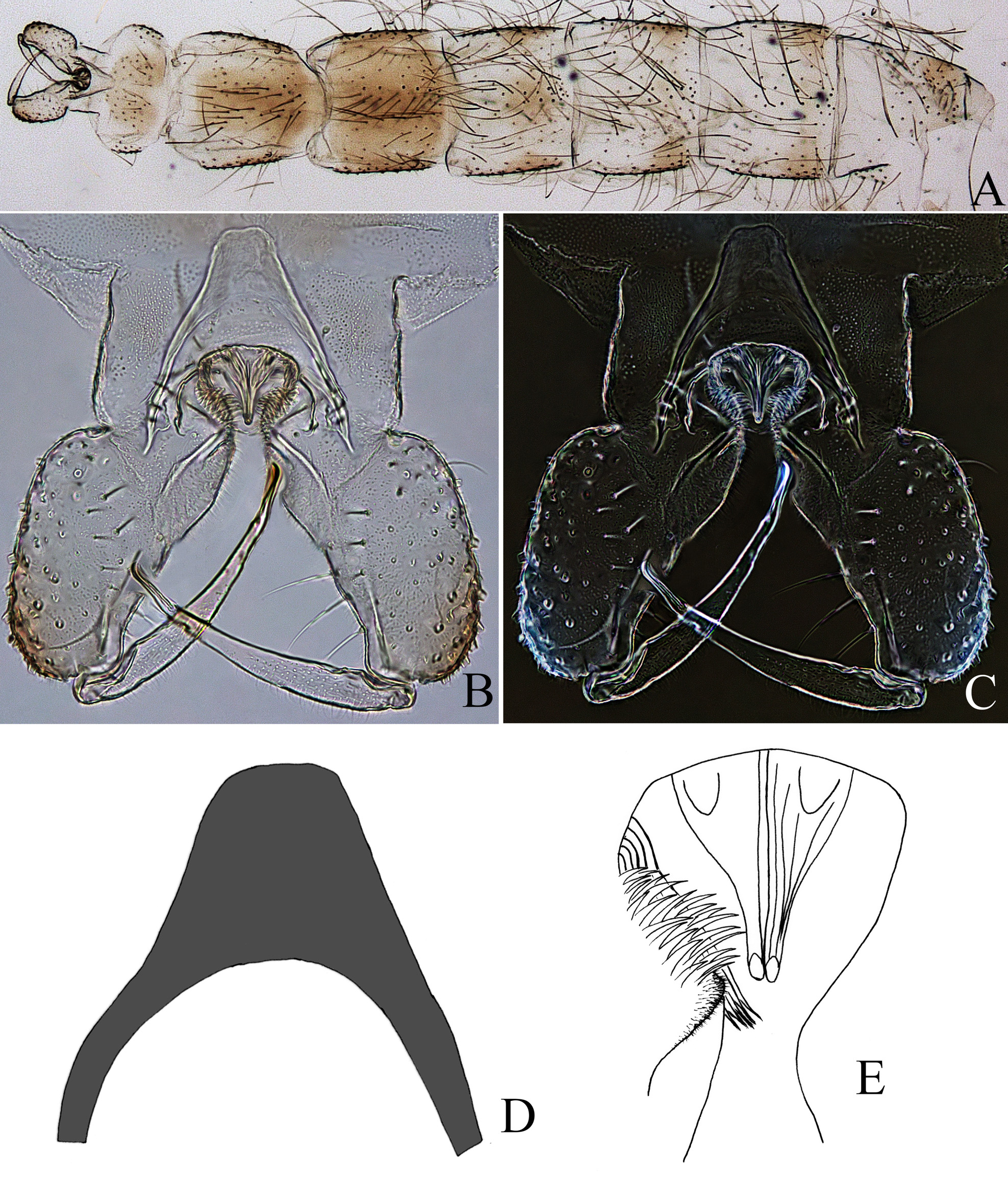 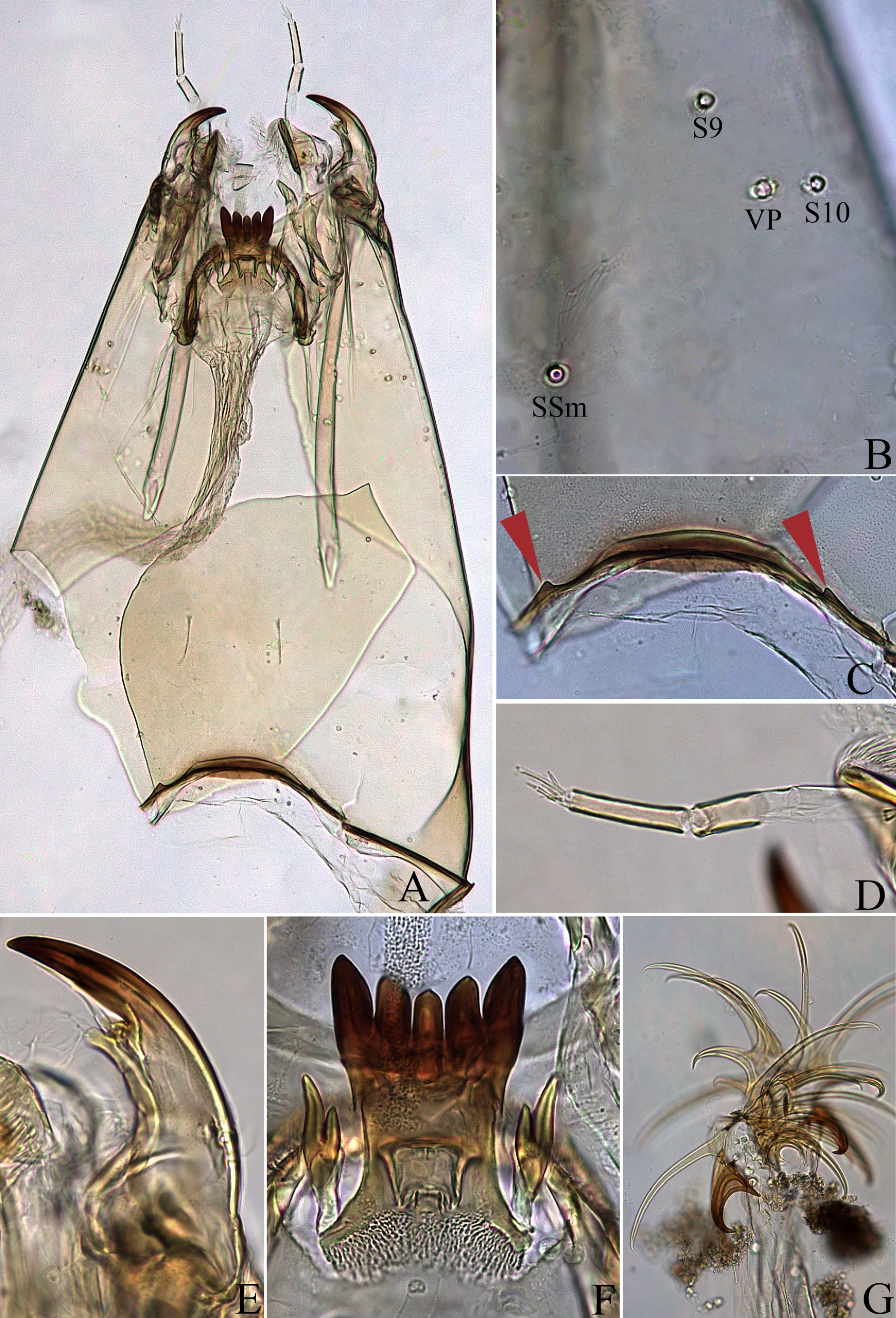