Cheliped of male ( Fig. 8A, BView FIGURE 8) symmetrical, merus triangular in cross-section, outer ventral margin and dorsal margin denticulated, inner ventral margin with a few sharp teeth on proximal half and strong flange ( Fig. 8EView FIGURE 8) on distal half, inner face with a longitudinal line of pubescence, outer face with short transverse striae; carpus rounded unarmed, dorsal surface smooth with a few sparse granules, inner dorsal margin with line of low granules; chela higher than in females, 2.0–2.2 as long as high, inner and outer faces inflated, coarsely granulated, larger granules on inner face disposed on a salient transverse ridge forming a ‘stridulating’ ridge ( Fig. 8BView FIGURE 8; see remarks); fingers of chela with small sub-triangular teeth of unequal sizes all along cutting margins, with slight gape when fingers closed; tip of fingers corneous, hoof-like; movable finger 1.4–1.5 as long as palm, dorsal margin with granules. Cheliped of female with same flange on distal half of inner ventral margin of merus than in male, but reduced in size ( Fig. 8FView FIGURE 8); chela more elongated than in male, 2.3–3.1 as long as high, overall similar to that of K. vulcan  sp. nov., movable finger 1.3–1.6 as long as palm.

Remarks. Karstarma jacksoni  is morphologically similar to K. vulcan  sp. nov. but can separated by a series of characters that are presented in Table 1. In the set of five juveniles of K. jacksoni  examined (CW <7.0 mm), the anterolateral armature of the carapace can still be used to separate this species from K. vulcan  sp. nov. but the aspect of the meral flange on cheliped is not present and cannot be used, this structure being noticed only for individuals with CW ± 9.2 mm. The setation of the ambulatory propodi and dactyli is more sparse in K. jacksoni  than in K. vulcan  sp. nov., stiff setae being almost absent on the inner and outer surfaces and on the upper margins. This seems to be an artefact due to brushing the specimens for observation because these setae were seen on photographs of live specimens examined for this work ( Fig. 11View FIGURE 11).

In the largest male examined the inner face of the chela has a salient ‘stridulating’ ridge with prominent granules, similar to that observed for some ocypodid crabs of the genus Ocypode  (e.g. O. pauliani Crosnier, 1965  ). This ridge is also observed in K. vulcan  sp. nov. but in that species it rubs against the infraorbital margin, while in K. jacksoni  it rubs against the flange of the merus, much more developed in that species. These structures, not present in females, are perhaps used by the males to produce sounds, for example during mating or fighting behaviour. In sesarmid crabs stridulation is performed by winners after fights, to reduce the chances of losers reinitiating another fight ( Chen et al. 2014, 2017).

Habitat and ecology. This crab is found in karstic caves but has also been reported wandering outside this habitat ( Gibson-Hill 1947; Tweedi 1947; Ng 1988; Orchard 2012). In the material examined a female (14.3 × 18.05 mm, WAM C13968View Materials) is labelled as being collected in urban habitat at “House 640 on porch during rain” and photographs by Takakura (2018) (reproduced on Fig. 11C, DView FIGURE 11) show the crab feeding outside between rubble and vegetal debris in the same biotope as the land crab Geograpsus grayi  . Orchard (2012: 215) indicated that the crab is observed from sea level to 50 m above sea level and that it may be observed outside caves when spawning, from November to April, with the eggs being released into the sea at night just after high tide.

Distribution. Known from Christmas Island only. 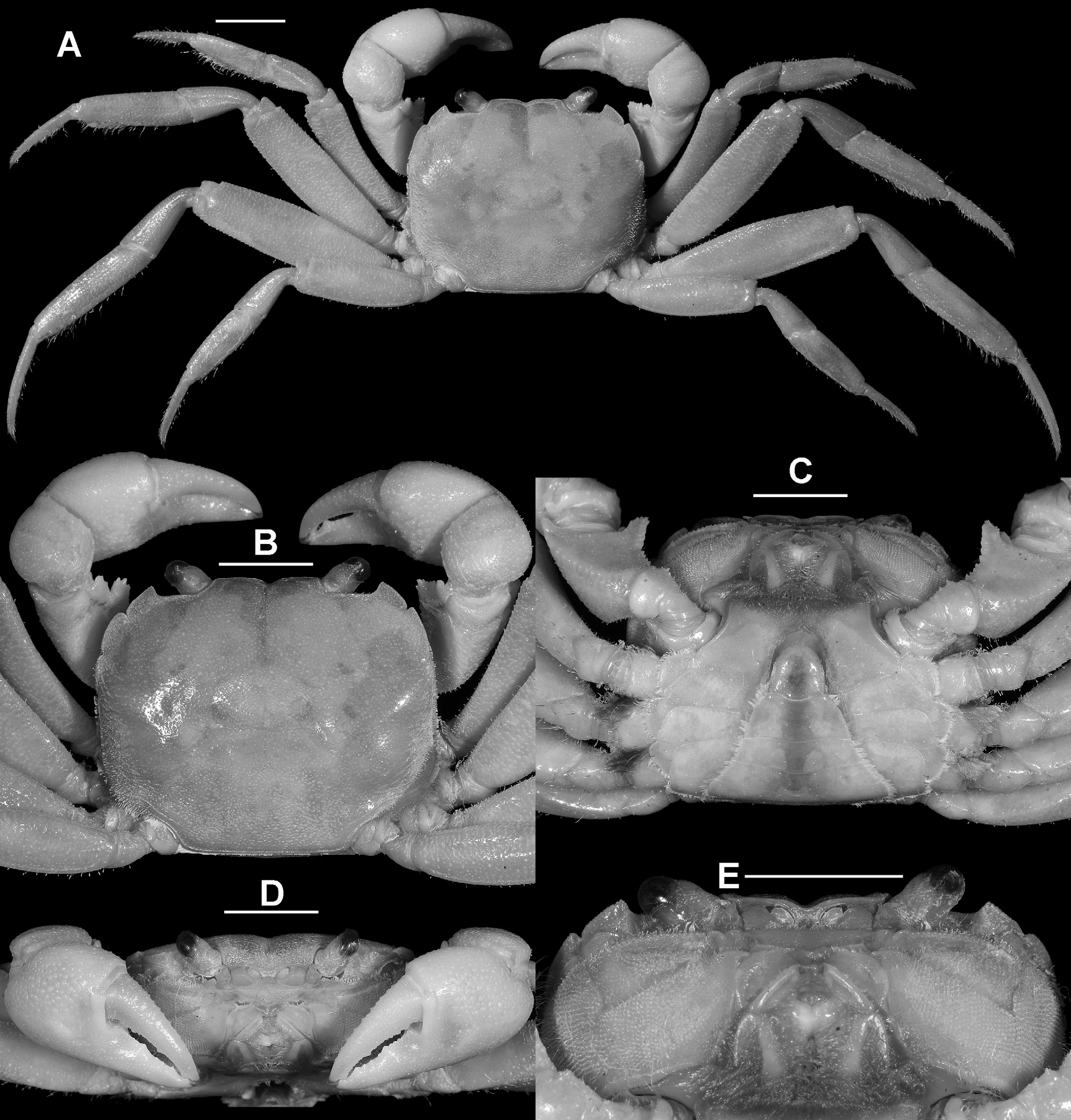 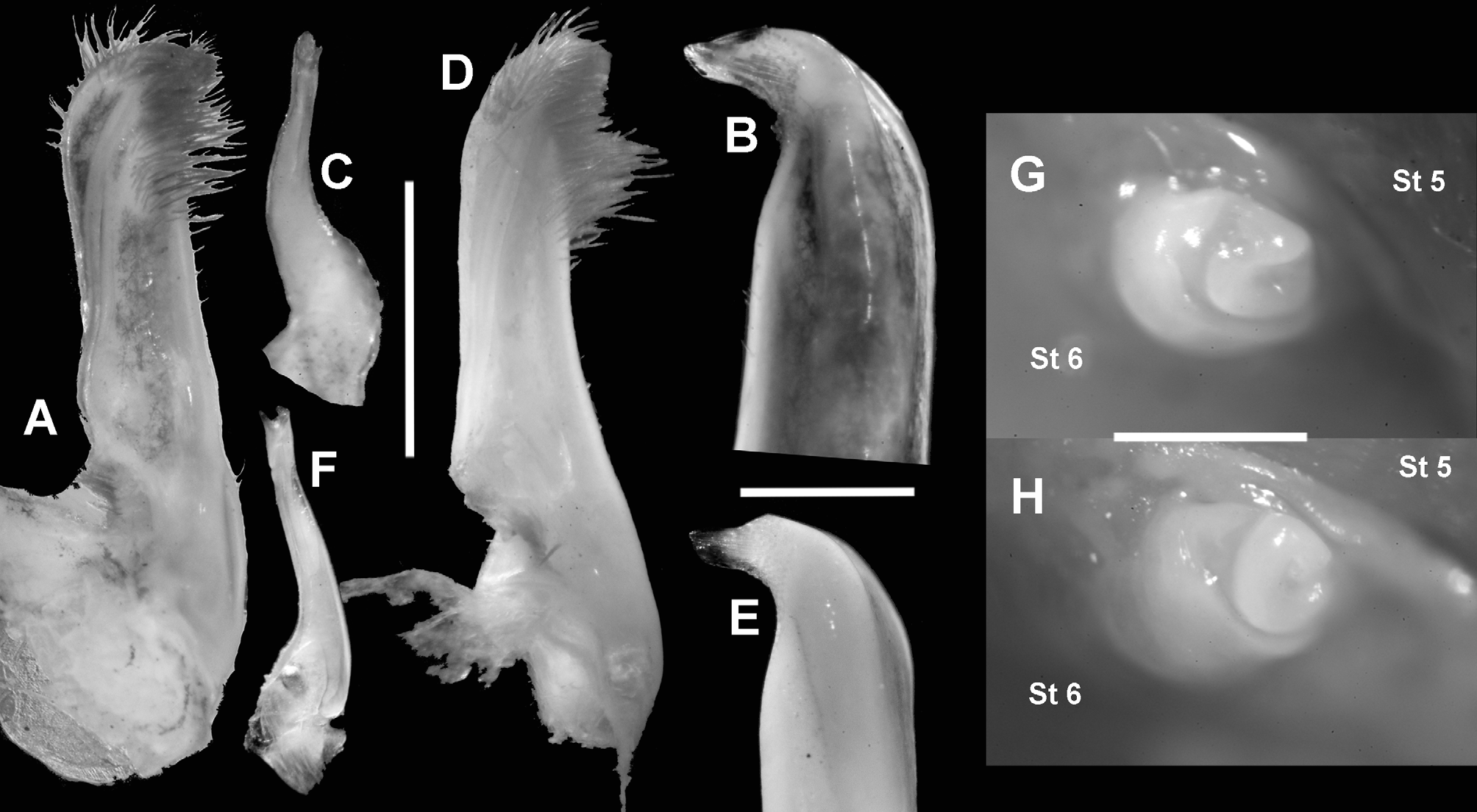 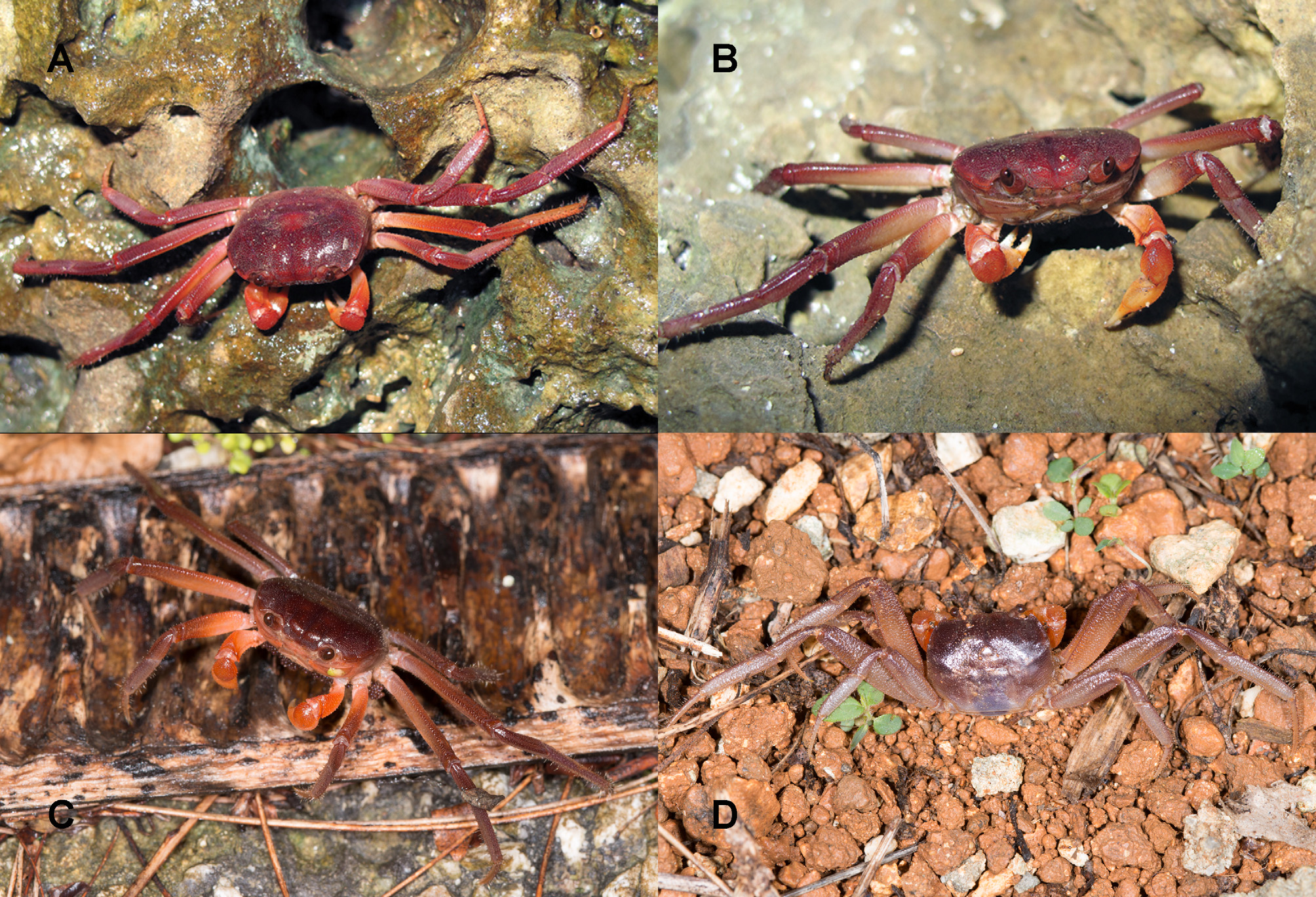