Cai & Dai (1999) and Cai et al. (2004) noted that M. amplimanus  has a comparatively short rostrum, falling slightly short of the mid-length of the third segment of the antennular peduncle. The rostrum of the Laotian specimens, however, showed some minor variations in length as it fully reaches the mid-length to slightly overreach the anterior end of the antennular peduncle. Moreover, our specimens consistently had a pair of distoventral spines at least on the propodus of the third pereopod.

In specimens collected from the Champasak Province, southern Laos, the median lobe on the epistome was poorly developed (somewhat similar to bi-lobed form) and, as a consequence, superficially resembled M. hirsutimanus ( Tiwari, 1952) sensu Cai et al., 2004  . However, these authors described M. amplimanus  as having a proportionately longer propodus of the third pereopod (2.7–3.1 times the length of dactylus vs. 2.0– 2.5 in M. hirsutimanus  ), a poorly developed median tooth on the third abdominal somite (vs. well developed), a sharp preanal carina (vs. rounded ridge), and comparatively small-sized eggs (0.9 –1.0 x 1.25–1.4 mm vs. 1.0– 1.25 x 1.4–1.7 mm). As such, the present materials should also be referred to M. amplimanus  . 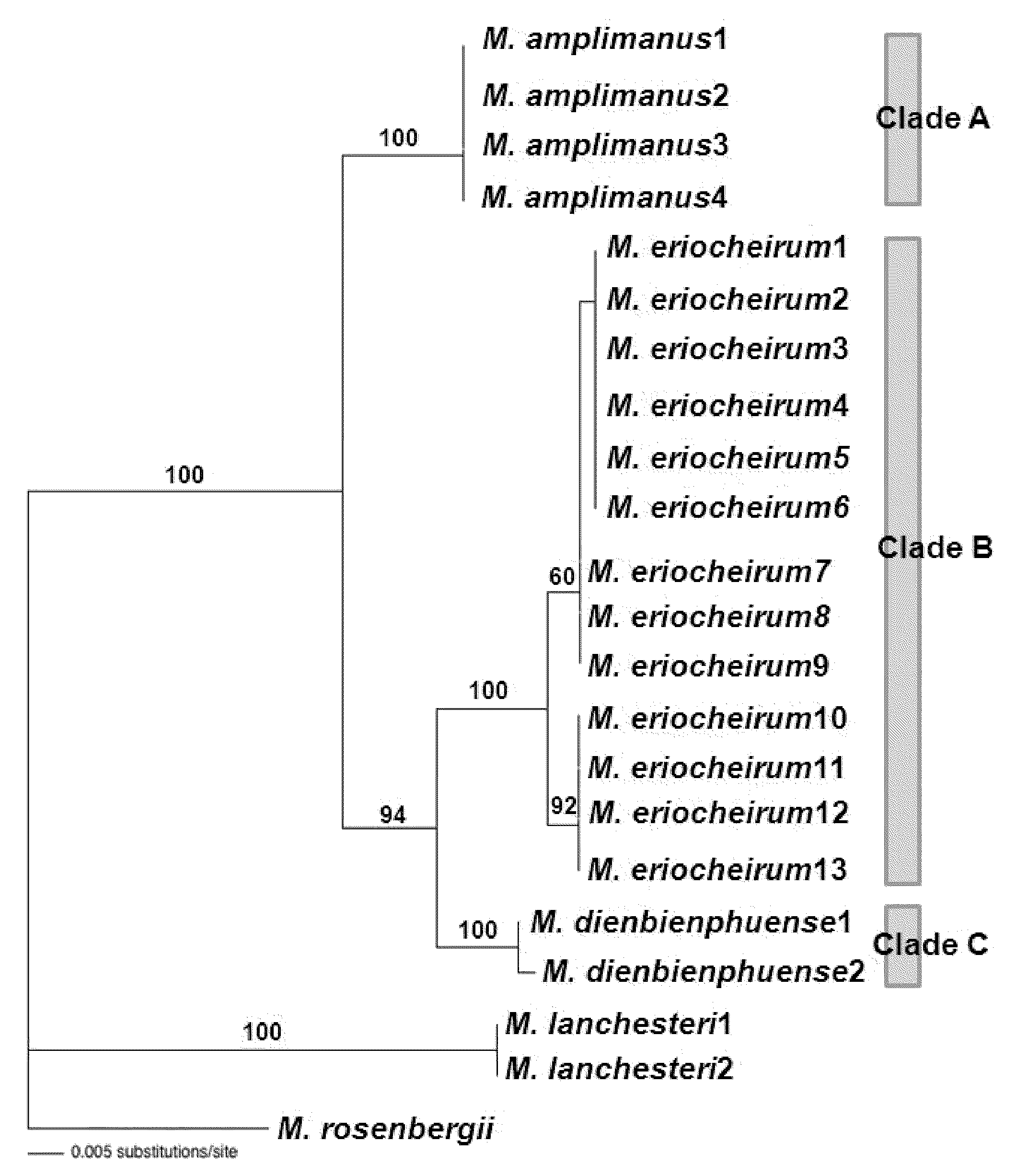