Remarks. As has been mentioned above, the exact identification of species of the “ M. dienbienphuense  ” group has often been difficult using just morphology, especially in immature and female specimens due to intra-specific variations and ontogenetic morphological changes, the measurements and comparison data in fully grown specimens assigned to M. eriocheirum  , M. amplimanus  , and M. dienbienphuense  were summarised in Table 2, and they suggest all three are distinct. Furthermore, M. eriocheirum  appeared to bear proportionately larger eggs than those of the two congeners. The morphological data were supported by the mitochondrial gene (16 S rRNA) analysis, as it yielded three clearly different clades that could be regarded as the three distinct species ( Fig. 5View FIGURE 5), although the M. eriocheirum  clade has genetically high intra-specific divergences.

In our personal examination, 42 % of Laotian specimens (N= 78) were right-handed, with the right second pereopod being larger than the left one (Hanamura et al. unpubl. data). 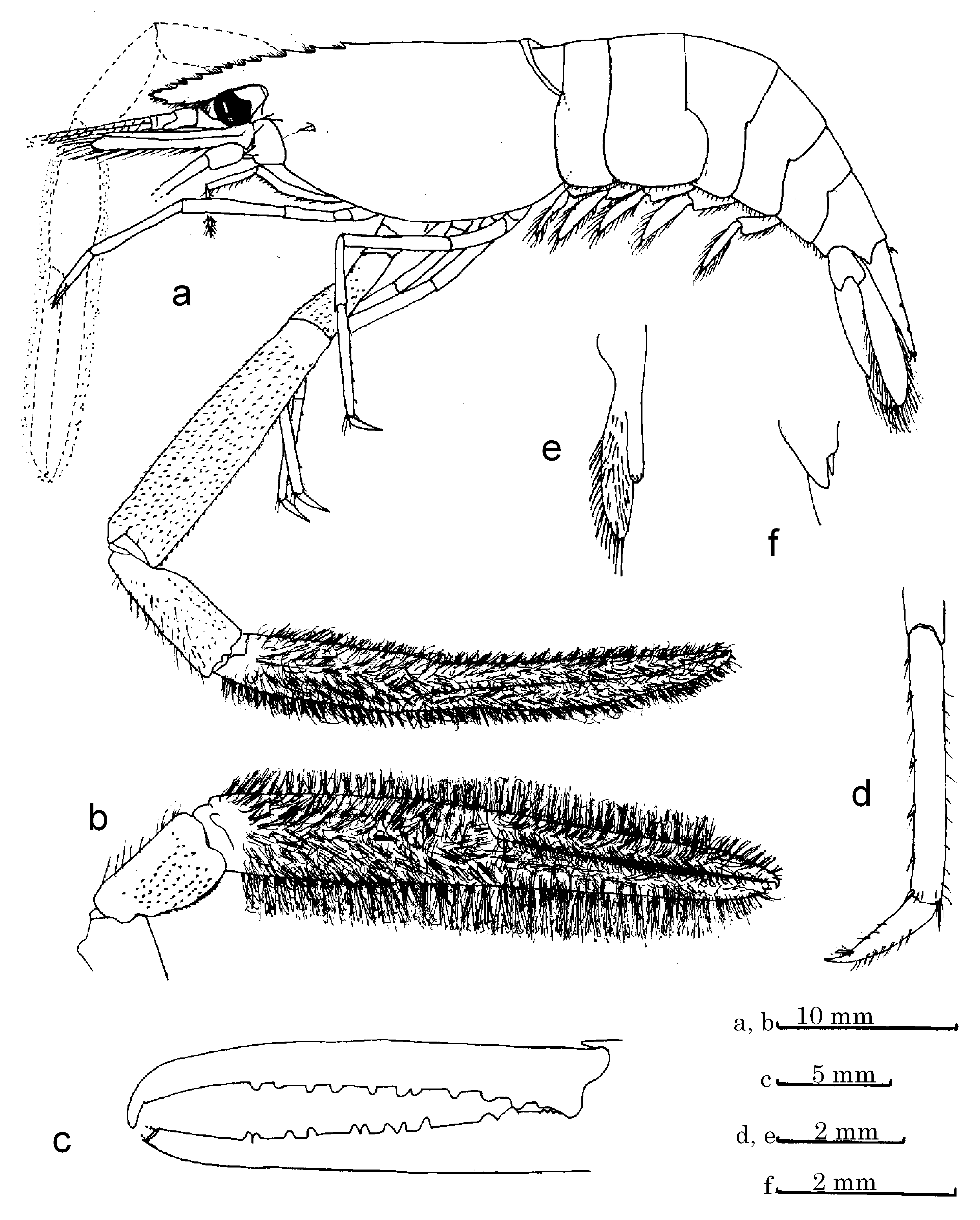