Diagnosis. Aedeagal morphology places this species near A. curiosa Stark 1998 , a Mesoamerican species, and A. cosnipata Stark & Sivec 1998 , a species known from several Peruvian sites. The latter species bears a broad, dorsomedian, mesa-like structure on the aedeagus, and the median lobe on the aedeagal apex is wider than in the new species (see Stark & Sivec 1998, Figs. 53-55). Neither of these related species has the aedeagus strongly constricted proximal to the apical section, neither have the hooks blunt at the tips and neither shares the distinctive color pattern of A. pichincha . 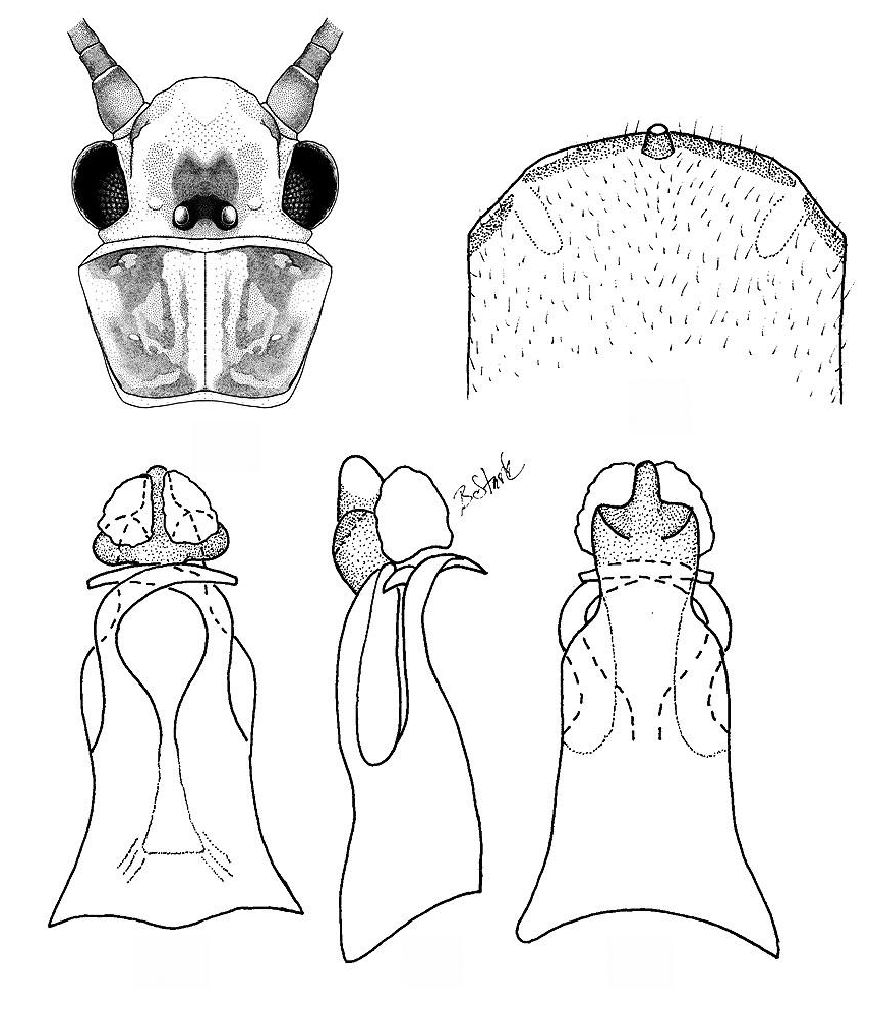