Diagnosis. Based on aedeagal morphology, this species is related to the A. yameo Stark & Sivec 1998 group of species, which also includes A. pakitza Stark & Sivec 1998 , A. pinza Stark 1995 , and A. zunigae Stark 2001 . The new species bears a greater similarity in aedeagal structure to A. yameo and A. pakitza but in these species the shoulder region bulges toward the aedeagal apex creating an apically trilobed structure; this is quite distinct in the dorsal aspect and differs from the comparable structures in A. cushueme which bulge more laterad. In A. cushueme the mesal projection of the aedeagal apex is truncate at the tip and broad at the base which also differs from both related species. 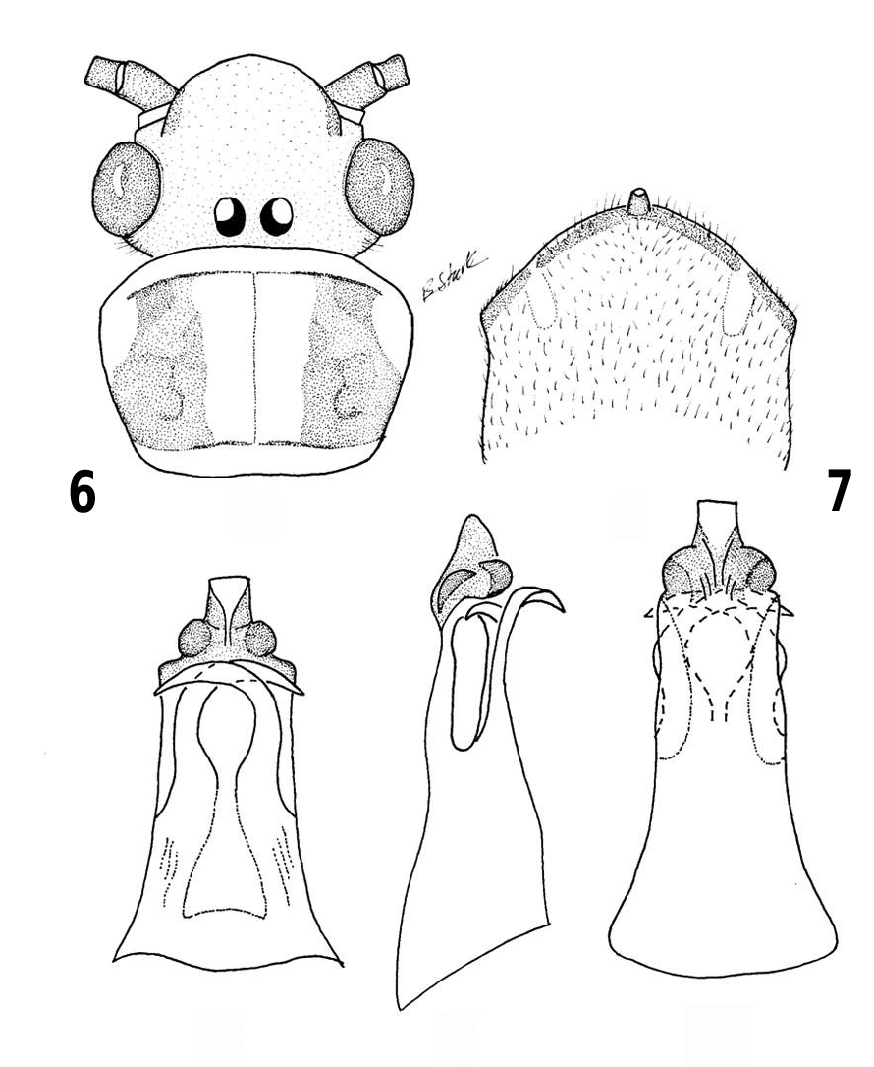