Etymology. The patronym honors the late Borys Malkin who collected the holotype of this and many other species. Mr. Malkin was a famed naturalist and friend of the well-known Plecoptera authority, Stanley G. Jewett, Jr. The specimens were part of the Jewett collection directed to us by R.W. Baumann.

Diagnosis. The aedeagus of this species is generally similar to that of A. tzapino Stark 2001 , a species also known from Pastaza. The aedeagal apex of that species is slightly notched, the dorsal keel arms are parallel for most of their length, and the apical aedeagal region slants slightly ventrad in lateral aspect (see Stark 2001, Figs. 118-120). In addition, A. tzapino has a more extensive area of brown pigment on the head and the wings are darker, but also have an obscure pale spot at the cord (Stark 2001). 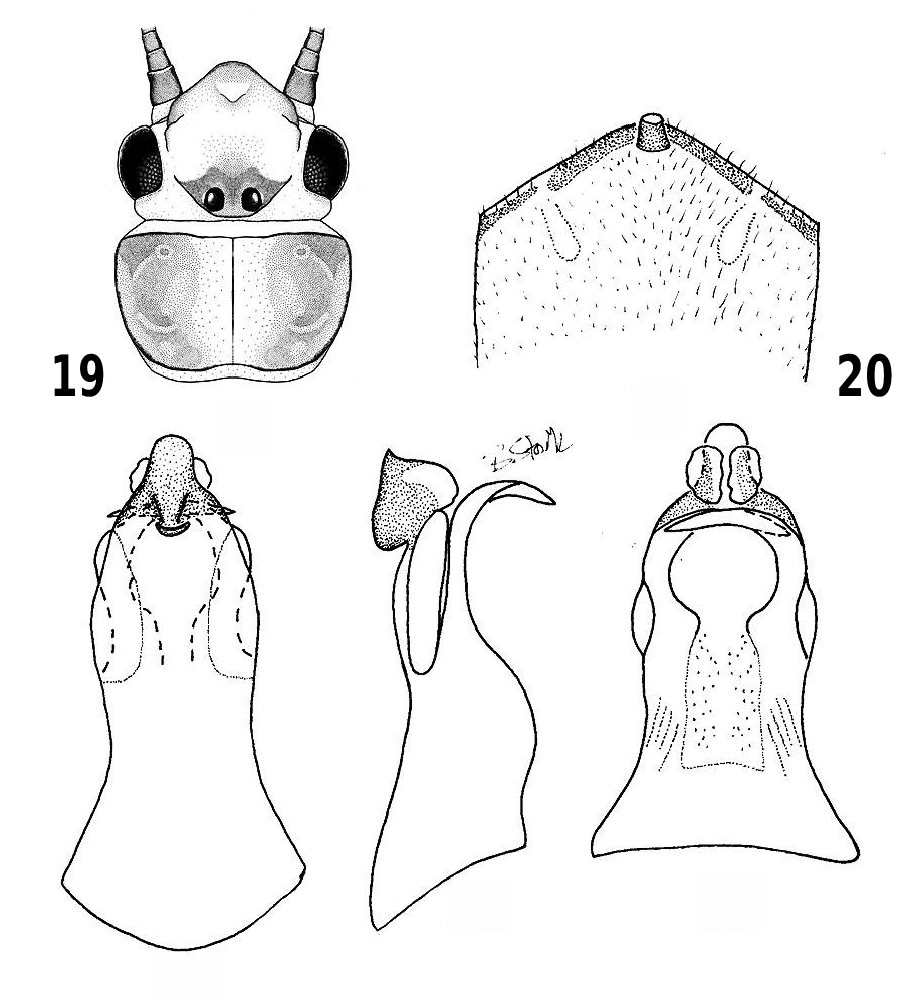