Neotrichia chihuahua is a member of the canixa group of Keth et al. (2015) based on the apical horns of the tenth tergite and the bifid bracteoles, both characteristic of the group. The wide, parallel horns are similar to those of N. kitae Ross , but the structure of the bracteoles and the inferior appendages are more similar to that of N. maria Bueno-Soria and Hamilton. However , in ventral view, the inferior appendages of the new species are much different from those of N. maria and N. kitae .

Etymology. Named for the Mexican state of Chihuahua. 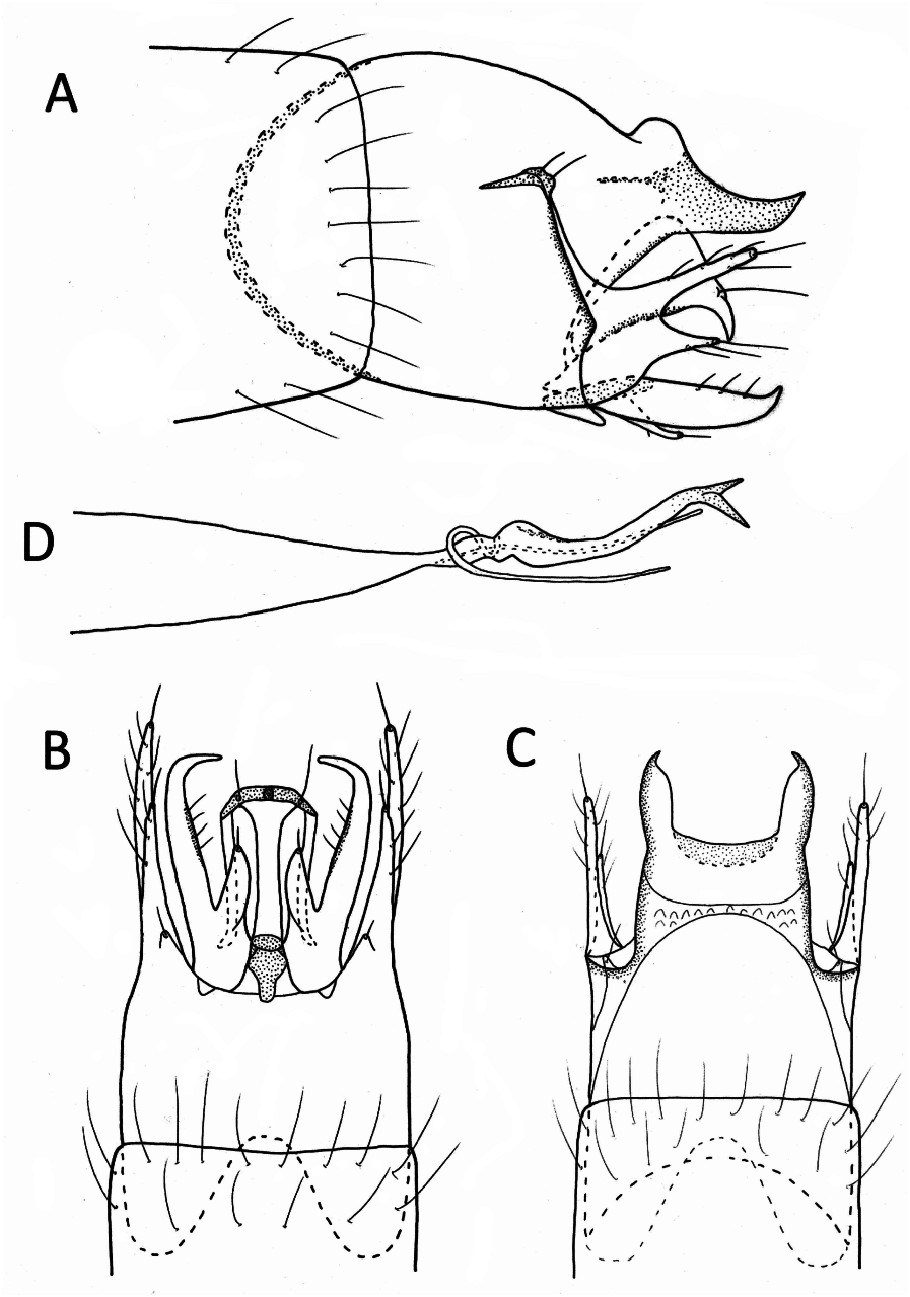