The material of this new species came from three hydrothermal vent sites in the southwestern Pacific, i.e. Manus Basin, North Fiji Basin and Vanuatu. The specimens from the three locations are morphologically very similar. Of the four specimens used in the molecular phylogenetic analysis (see below), three specimens came from the Manus Basin, and one specimen was from the North Fiji Basin. The maximum genetic divergence among the four specimens is 1.8% ( Table 1). Consequently it is reasonable to consider that these specimens represent a single species.

Chorocaris variabilis   sp. nov. is morphologically very similar to C. paulexa   and C. vandoverae   particularly in the prominent pterygostomial tooth on the carapace and the possession of 10–16 accessory spinules arranged in three or four rows on the flexor faces of the dactyli of the third to fifth pereopods. Nevertheless, C. variabilis   differs from these two species in the possession of a conspicuous posteroventral tooth and additional denticles on the fifth pleonal pleuron and in the absence of setae on the anterior face of each eye. In C. paulexa   and C. vandoverae   , the posteroventral angle of the fifth pleonal pleuron is rounded or at most angular and the eye has several stiff setae on the anterior face. Furthermore, although somewhat variable in C. variabilis   , the ventral surface of the rostrum is usually less convex than in C. paulexa   and C. vandoverae   .

No information on the male is available for C. paulexa   (cf. Martin and Shank 2005). Therefore variability between males and females in this species remains unknown. Nevertheless, the rostrum is proportionally narrower in C. variabilis   than in C. paulexa   (see Martin and Shank 2005; Komai and Segonzac 2008). In addition, the third to fifth pereopods seem to be more slender in this new species than in C. paulexa   , but the significance of this character may be questionable because of intraspecific variation (as seen in other confamilial or congeneric species; see Komai and Segonzac 2003, 2004, 2008).

Records of C. vandoverae   from hydrothermal vents on the North Fiji Basin ( Desbruyères et al. 1994) and the Lau Basin ( Desbruyères et al. 1994; Zelnio and Hourdez 2009) are referred to C. variabilis   on the basis of the close morphological similarity between C. vandoverae   and this new species, and their geographical distribution. Chorocaris   sp. 2 reported from the Manus Basin by Zelnio et al. (2010) corresponds to C. variabilis   . Consequently the occurrence of C. vandoverae   outside the Mariana Back Arc Basin is unconfirmed.

Etymology. From the Latin variabilis   (= variable) in reference to the substantial morphological variation seen in this new species. 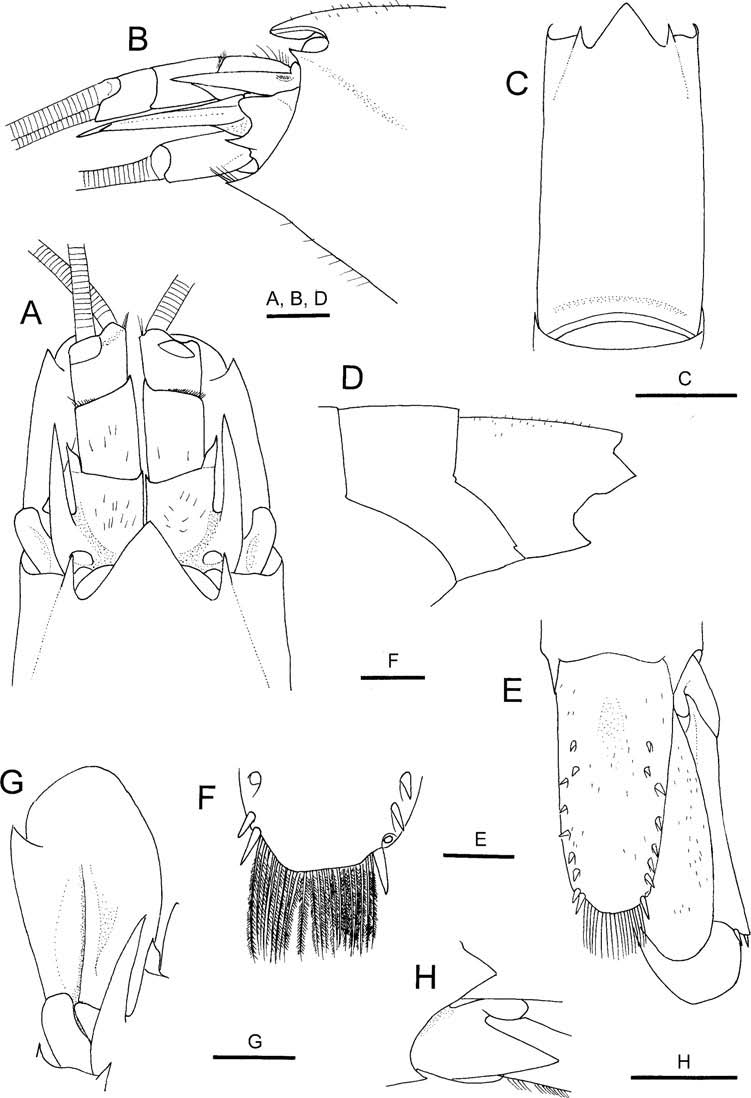 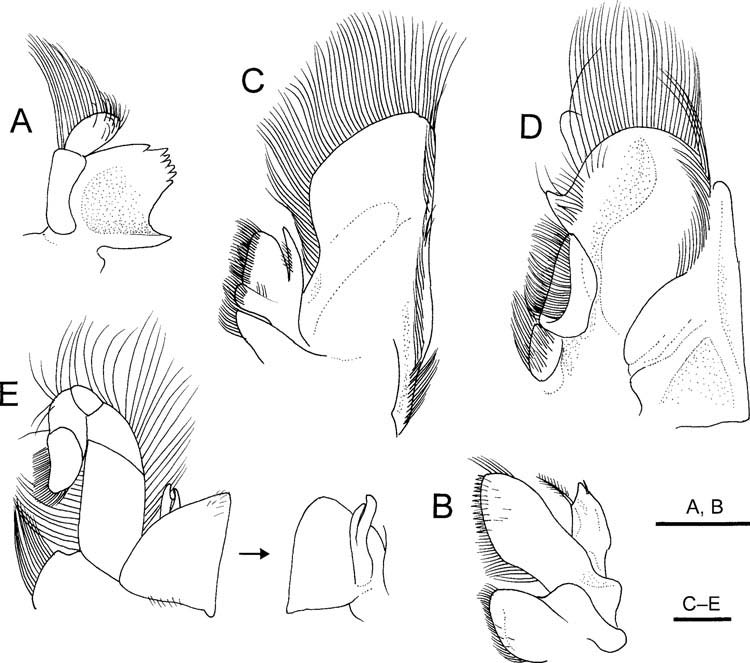 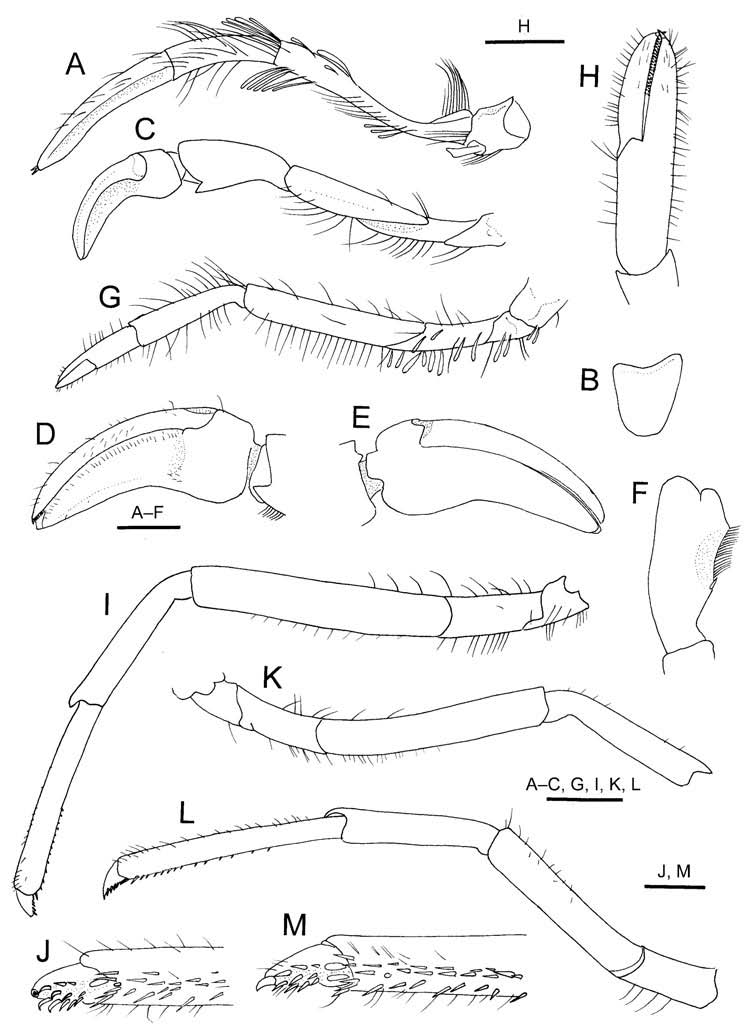