Known from the lowlands to mid elevations in eastern to central Peru (Fig. 21 View Figure 21 ), including the departments of Amazonas, Loreto and Pasco, from elevations of 106 m in Loreto up to 1380 m in Pasco. Staminate plants were collected in January-February, July-August and November. Pistillate flowers were found in February, October and December, whereas fruiting specimens were found all year round.

Krukoff and Moldenke (1938) cited Chondrodendron iquitanum ( Curarea iquitana in this study) as a "source of poison for darts of Indians" based on the label of the sterile Mexia 6321a. This specimen was later identified as Curarea toxicofera ( Barneby and Krukoff 1971). I have not examined the referred specimen and hence I have not been able to confirm its identity.

Presumably in reference to Iquitos, the largest city in Peruvian Amazonia and in which general area the type specimen was surely collected.

The assessment was based on 37 collections corresponding to 18 localities that yielded an Extent of Occurrence (EOO) of 279,551 km2 and an Area of Occupancy (AOO) of 72 km2. The 18 localities represent 17 subpopulations of which four occur within protected areas (Allpahuayo-Mishana National Reserve in the Iquitos area) and three are found on private lands. Although Curarea iquitana is not abundant where it occurs, it is however broadly distributed and hence it is assigned a preliminary status of "Least Concern" (LC).

Curarea iquitana is here resurrected from synonymy under C. toxicofera . Curarea iquitana , as defined here, encompasses a broad range of morphological variation and includes, at least provisionally, what is labelled the allpahuayo group (al.) in the linear discriminant analysis. While the Curarea iquitana (iq) and allpahuayo (al.) groups may represent different entities, at present it is premature to recognise them as different species, given that the morphological quantitative characters evaluated in this study partially or completely overlap between the two groups (Fig. 10B View Figure 10 ).

Additionally, features of pistillate flowers are still fragmentary or lacking, hence the extent of variation, if any, in these features, remains unknown. Collections from the foothills of central-eastern Peru in the Amazonas department from 200-800 m elevation closely resemble the type of Chondrodendron iquitanum Diels (Tessmann 4196), which was collected in the same general area - in the basin of the Marañon River, at 160 m in elevation - around which my concept of Curarea iquitana is centred. These collections tend to have conspicuously large, ovate or broadly ovate leaves with 5-7 main veins. The staminate inflorescences have a brownish to silvery strigillose indumentum and small flowers that range from 1.6 to 1.8 mm long, (mostly greyish villous and 1.3-1.8 mm long in the allpahuayo group). The adaxial horn-like protrusion of the connective at the apex of anthers, characteristic of Curarea iquitana , is variable amongst the studied collections, appearing as a horn (long and weakly incurved), as an apical-adaxial keel or as an adaxial hump, the latter more frequently being observed in the allpahuayo group; anthers are for the most part immersed in the connective. An old and fragmentary pistillate inflorescence of C. iquitana s.s. is a thyrse with brownish or silvery villous indumentum and the rugulose or muriculate drupelets have a golden-brownish velutinous-hispidulous indumentum. The only pistillate inflorescence known in the allpahuayo group has cymose primary branches proximally, distally these being reduced to single flowers giving the appearance of being racemose. The immature condition of the drupelets in most collections studied precludes their use in analyses of quantitative variation of the groups. Collections from non-flooded areas around Iquitos in eastern Peru, ca. 110-140 m in elevation and those from the Andean foothills in Pasco department, from 500-1380 m elevation, are here provisionally included in C. iquitana . 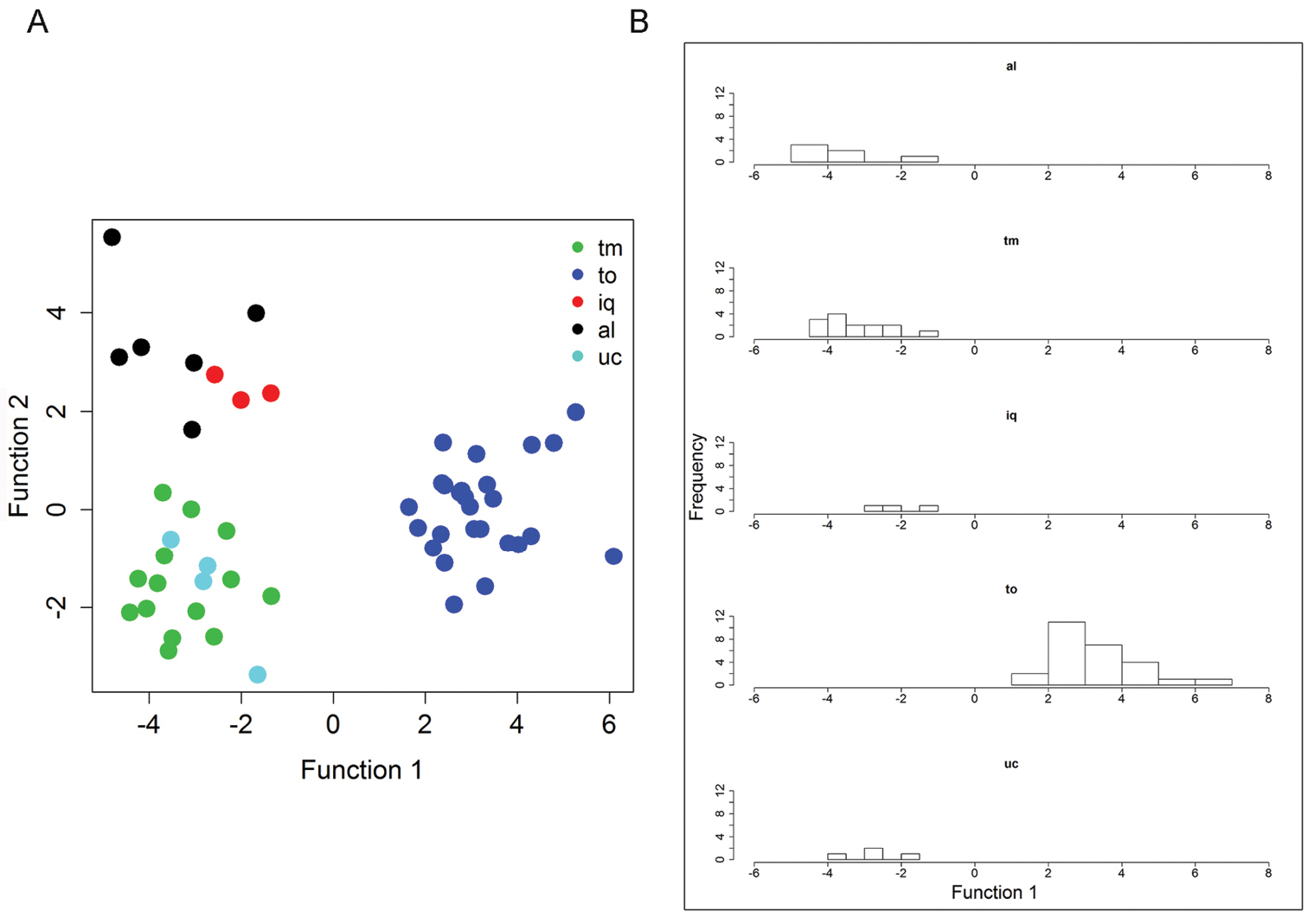 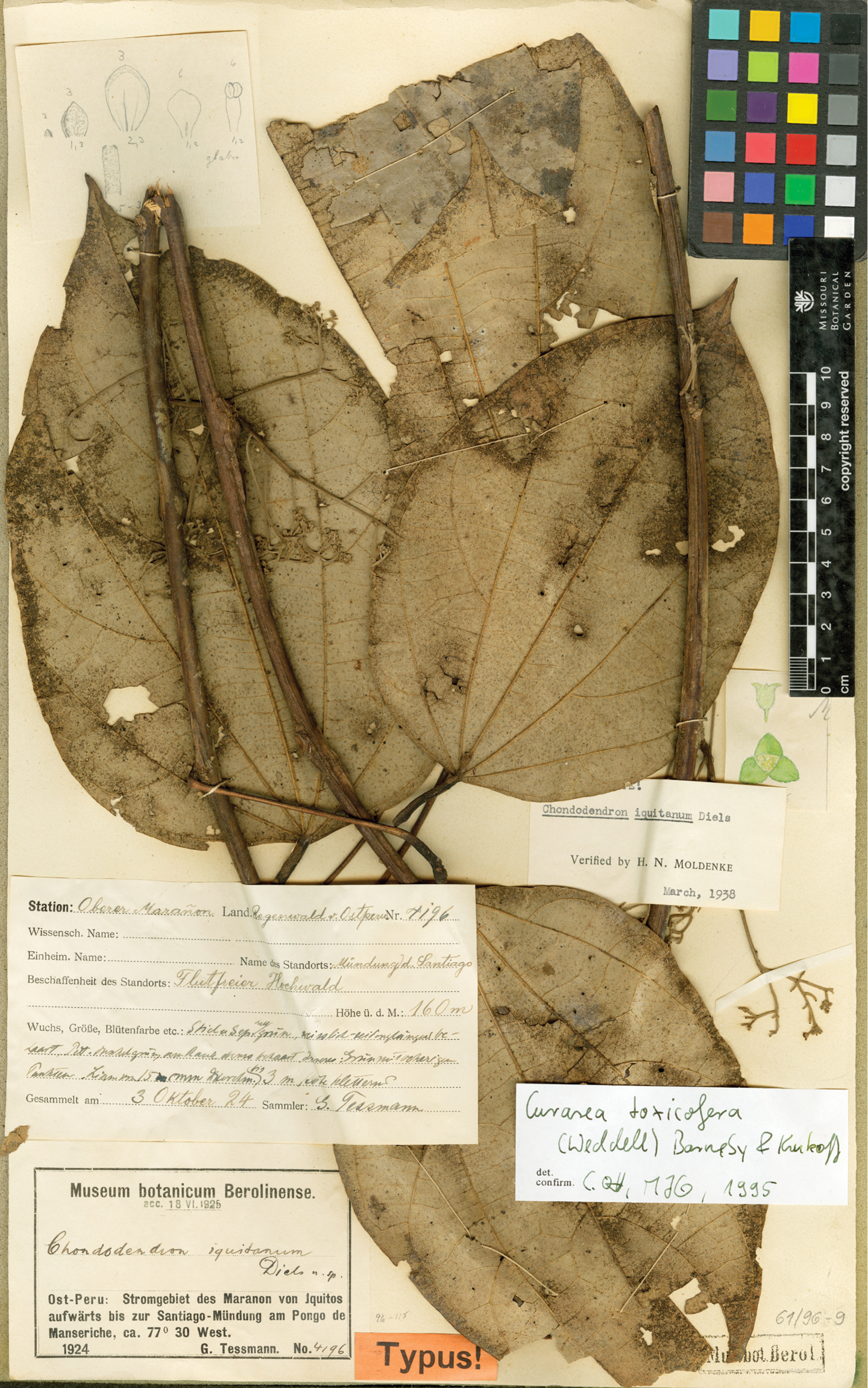 Figure 21. Geographic distribution of Curarea iquitana and C. tecunarum, for the latter selected specimens only, because most of the specimens are sterile.