Comparisons with other species. Litoria pallidofemora  sp. nov. is a member of the Litoria graminea  species complex, differing from all Papuan Litoria  not of this complex in the combination of large body size, bright green dorsal coloration, fully webbed hands, and absence of enlarged parotoid glands. It differs from the other members of the L. graminea  complex ( L. graminea  , L. sauroni  , L. huntorum  ) in having a large triangular nuptial pad occupying an area approximately equal to area of disc of first finger (vs. small round or oblong nuptial pads occupying an area approximately equal to one-quarter to one-half of disc of first finger in L. graminea  and L. sauroni  , and vs. having two small nuptial pads in L. huntorum  ), and in having the dorsal surface of thighs yellowgreen in life and pale cream in preservative (vs. green).

Skin of dorsal surfaces finely granular, with few narrow creases in scapular region, laterally, and around vent; ventral surfaces of body and thighs coarsely granular, less so on chin and under arms, smooth under shanks. A dermal ridge extends along the outer surface of each forearm and along each foot from the heel to T5. Peritoneum dull white.

In preservative, dorsal ground color uniform dark gray blue, as are the tops of shanks, feet, forearms, F4, and T5. Thighs and forearms white with light dusting of gray stippling evident under magnification; tops of F3, T3, and T4, distal portions of F2 and T2, and webbing between T4 and T5 also dusted with gray. Venter uniformly white; remainder of digits and webbing white. Tympanum white, dusted and flecked with dark gray blue. Margins of eyelids and external nares white. White stripe on dermal ridge of foot extends from heel to near tip of T5. Lower jaw white from symphysis to rictus but with narrow dark-gray-blue line or series of dashes along its entire extent, these weaker anteriorly. Upper half of nictitating membrane clear with a dark upper margin; lower half heavily pigmented. Iris tan dusted with black punctations. Sclera white, with a narrow black margin where it contacts cornea; white area of sclera between cornea and eyelid approximately twice width of this black rim.

Color in life. From notes taken of the holotype in the field: “Green above except tops of thighs, which are dark yellow. Light cream line on back of tarsus. Venter (entire) and sides uniform dark yellow. Webbing of hands and feet dark yellow. Light yellow rim around eye, membrane [sclera] not blue. Tongue green.” As determined from color photographs, the dorsal surfaces of the thighs in BPBM 35098–99 both have a greater suffusion of green in the yellow than seen in the holotype, and the webbing on their hands and feet is orange-yellow instead of dark lemon yellow. The irises of both animals have an orange or reddish cast to the tan ground color, whereas that of the holotype does not. Field notes for USNM 564591 stated that the frog was uniform lime green above with a brightyellow venter and orange webbing between the fingers and toes.

Variation. The range of mensural variation is slight ( Table 3). The extent of webbing in USNM 564591 and SAMA R55521View Materials is virtually identical to the holotype, but BPBM 35098 and 35099 have slightly less webbing on the hands.

Variation in the shape of the nuptial pads is extensive in this species. In the holotype, USNM 564591, and SAMA R55521View Materials the nuptial pads form a single, continuous, elongated, triangular patch. In BPBM 35098, however, the nuptial pads are in two small separated patches; whereas those of BPBM 35099 are intermediate, with the nuptial pads in two patches almost connected to each other; the posterior patch being an elongate oval, the anterior patch a large rectangle. For these last two specimens, if the two separate nuptial patches were connected, they would be similar in shape and size to the single large nuptial patch seen in USNM 565491.

The dorsum is light blue in six paratypes; AMNH 45010 is dark blue gray. The thighs of USNM 564591 and BPBM 35098–99 have more gray dusting than does the holotype, but SAMA R55521View Materials is similar; the forearms and digits of BPBM 35098–99 have more gray dusting than does the holotype. The tympanum is lighter than the surrounding ground color in all paratypes. The lower jaw is white to the rictus in all paratypes; BPBM 35098–99 have only a few small blue flecks along the lower jaw, and USNM 564591 has small blue dashes along the jaw but not as extensively as seen in the holotype. In BPBM 35098–99, the external nares are not rimmed with white, and in BPBM 35098 and AMNH 45010 the eyelid is not margined with white. The pale portion of the sclera is absent in USNM 564591 and is either equal in width or twice the width of the black margin with the cornea in the other paratypes, except for AMNH 45010, in which it is 4–5 times this width; I recorded it as yellow in life in the holotype.

Ecological notes. The holotype was calling at night perched ca. 10–15 m in a tree in a small ravine in recovering secondary rainforest ( Fig. 5View FIGURE 5). I heard several males of this species calling over the few days I was in this area, but, except for the holotype, all were too high in the trees to be collected.

Etymology. A feminine compound adjective derived from the Latin “pallidus”, meaning “pale”, and “femoris”, meaning “femoral”, in recognition of one of the diagnostic features of this species.

Range. Known from a series of localities along the southern versant of the central cordillera of Papuan New Guinea in Gulf, Central, and Western provinces ( Fig. 1View FIGURE 1, open circles).

Remarks. In most photographs taken of this species the pale portion of the sclera is not evident. Instead, the black rim where the sclera and cornea abut could easily be mistaken as the sclera. However, in one photograph of BPBM 35099, the sclera on the lower margin of the eye can be seen to be blue. This facility for observing the blue sclera differs from that seen in L. graminea  and in the next-named species, for both of which the sky-blue sclera is an immediately obvious feature. This reflects the narrower width of the blue band of sclera in L. pallidofemora  sp. nov. and serves as a caution for future observers to gently pull back the eyelid to ensure proper identification of sclera color when blue is not immediately evident. As noted in the discussion under L. graminea  , more reliable is to examine the width of this pale scleral field under a microscope.

When discovered calling at night, the holotype oriented toward my headlamp and jumped into my hand from a height of ca. 10 m. While in the air, it widely spread the webbing of its hands and feet with the limbs held at right angles to the body, which clearly served to slow the rate of its descent. Whether the species can “glide” as effectively as certain species of Asian Rhacophorus  is not known, but the fully webbed hands and feet of the holotype were clearly used to serve that purpose. Tyler (1976) had also mentioned seeing a member of the L. graminea  group escape from him by gliding, although he could not determine the position of its hands while it did so. Given the extensive webbing of frogs in this species-group, it is reasonable to expect this behavior to be general among them. 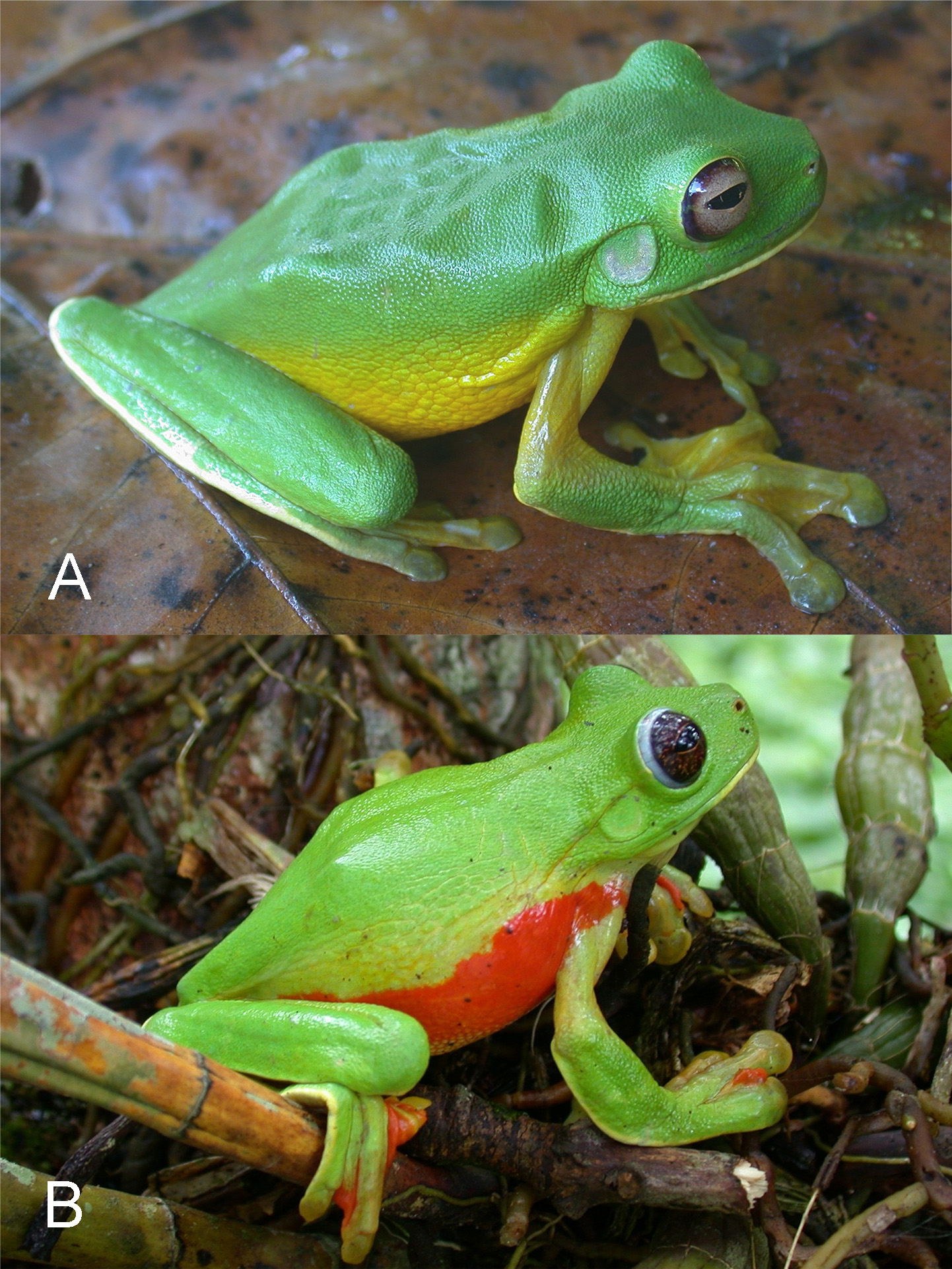 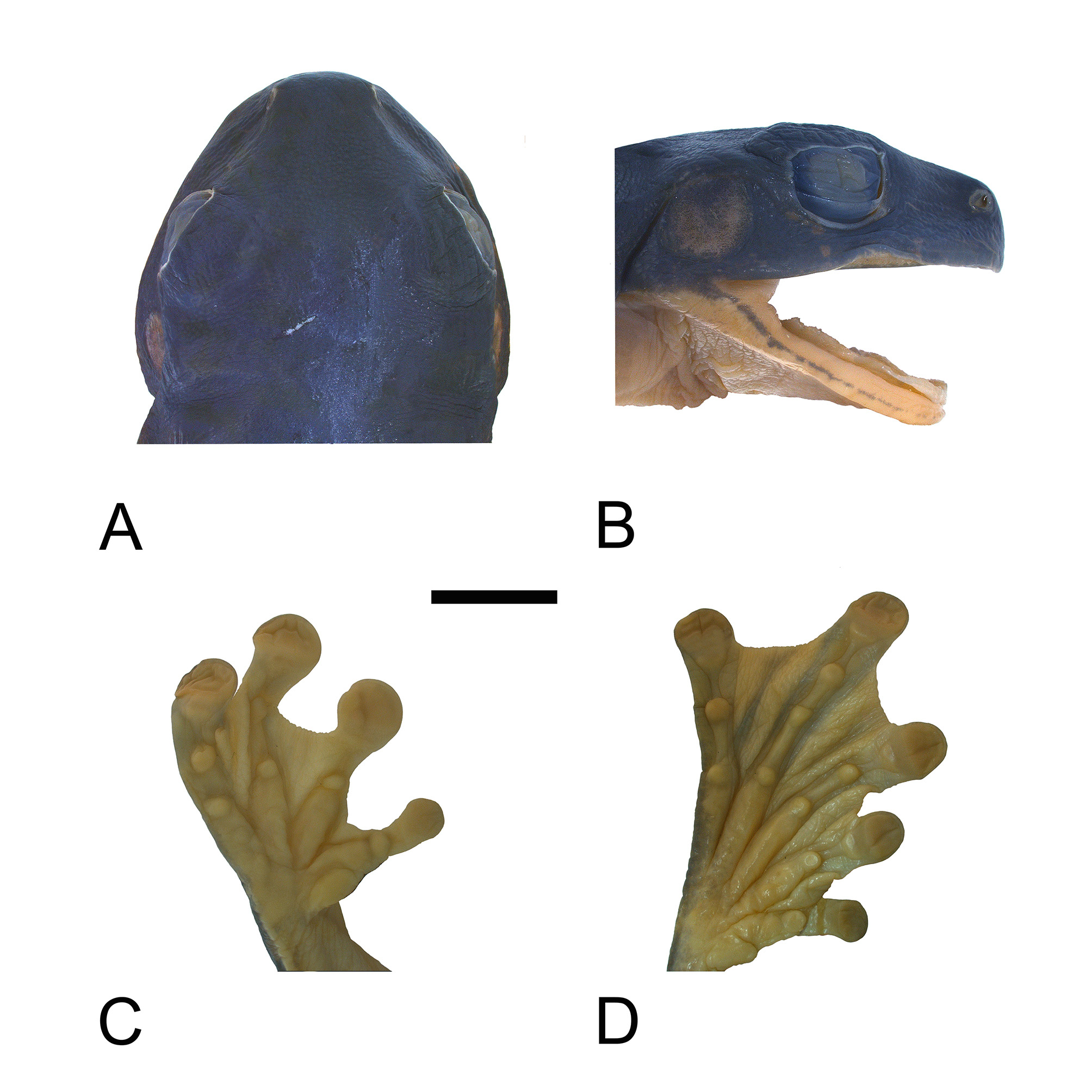 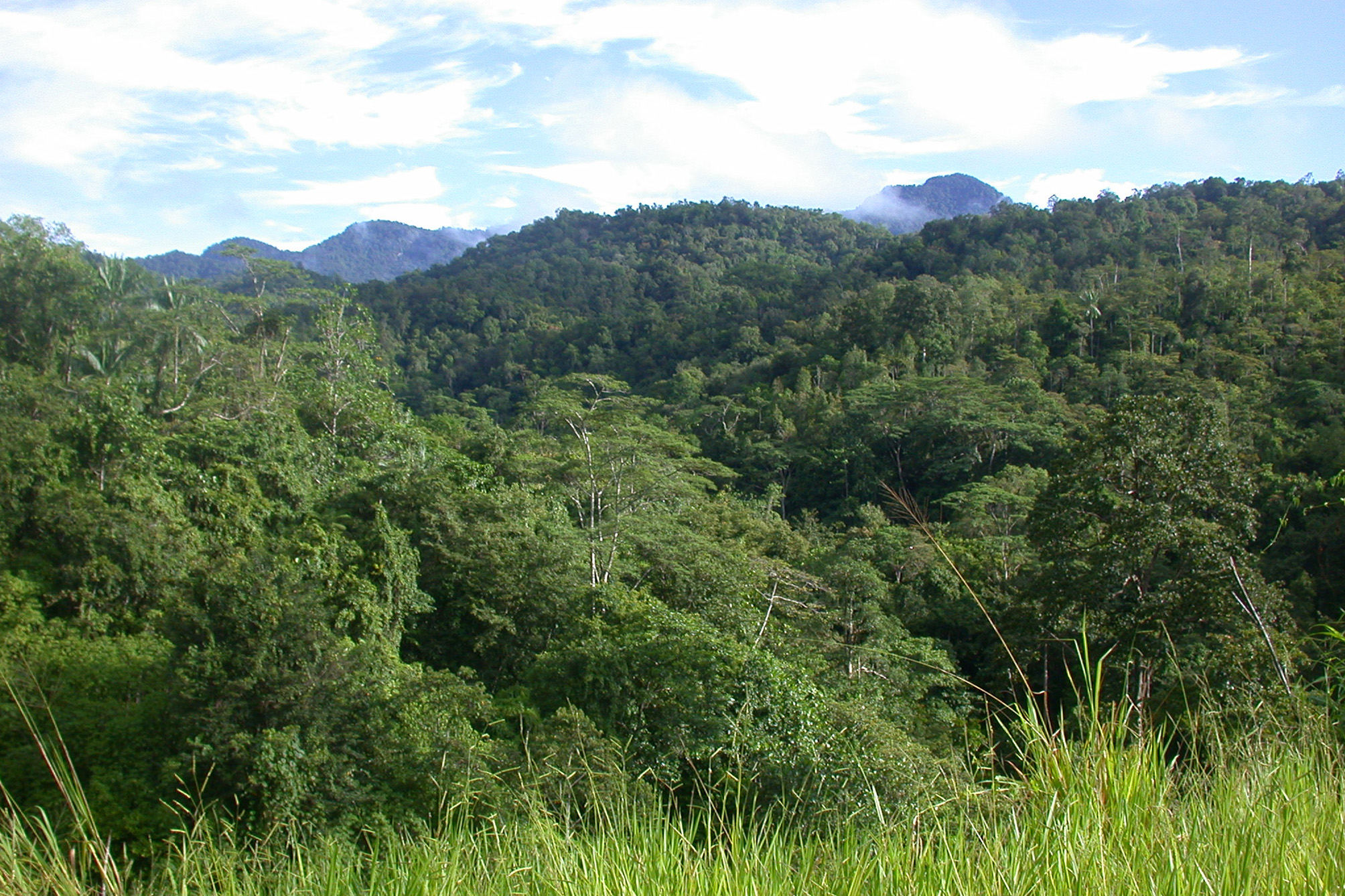 FIGURE 5. Foothill forest near the collecting site for the holotype of Litoria pallidofemora sp. nov.