Comparisons with other species. Litoria nullicedens  sp. nov. is a member of the Litoria graminea  species complex, differing from all Papuan Litoria  not of this complex in the combination of large body size, bright-green dorsal coloration, fully webbed hands, and absence of enlarged parotoid glands. The four known members of the L. graminea  complex invite closer comparison ( Table 2).

From L. graminea  , L. nullicedens  sp. nov. differs in having a narrower head (HW/SV = 0.36–0.40 in L. graminea  ), dark-brown iris heavily flecked with black (vs. tan stippled with black punctations), upper half of nictitating membrane heavily reticulated with pigment throughout (vs. single band of dark pigment along the upper margin), sides and abdomen bright orange-red (vs. orange), and webbing of hands and feet bright orange-red (vs. orange).

Skin of dorsal surfaces smooth, with many narrow, shallow creases; these grooves better developed and reticulating laterally and around vent; ventral surfaces of body and thighs coarsely granular, less so on chin and under arms, smooth under shanks. A dermal ridge extends along the outer surface of each forearm and along each foot from the heel to T5. Peritoneum white.

Vomeropalatines with two patches of teeth (approximately six on each side) between internal nares. Vocal slits and sac present.

In preservative, dorsal ground color uniform light blue, as are tops of thighs, shanks, feet, forearms, F4, and T5; blue field also present at base of webbing between T4 and T5. Rear of thighs and tops of F3 and T4 stippled with gray, with slight gray stippling also present distally on F2 and T3. Entire venter, upper arms, and remainder of webbing uniformly white. White stripe on dermal ridge of foot extends from heel to near tip of T5. Lower jaw white from symphysis to anterior margin of eye. Margins of eyelids and external nares white. Palpebral membrane clear with dark upper margin and heavily marked with pattern of crooked lines and spots ( Fig. 6AView FIGURE 6), these darker anteriorly and dorsally, turning to white posteriorly and ventrally. Iris brown with large black flecks scattered throughout. Sclera white, with a narrow black margin where it contacts cornea; white area of sclera between cornea and eyelid approximately 6–7 times width of this black rim.

Color in life. From notes taken in the field: “Bright green above with pale blue rim around the eyes. Sides and webbing and rear and front of thighs red-orange. Venter and under legs pale orange; chin yellow-green. Dermal ridge on forearms and tarsi green-yellow. Mouth lining blue-green; bones white.” It is readily seen from color photographs of the animal ( Fig. 3BView FIGURE 3) that the iris is brown heavily flecked with black and that the white on the lower jaw extends posteriorly only as far as the anterior to middle of the eye.

Ecological notes. No information is available other than that the specimen came from foothill rainforest at approximately 600 m elevation.

Etymology. The name is an invariant compound adjective derived from combining the Latin first-person present participle “cedo”, meaning “I yield”, and the dative of “nullus”, meaning “none” (hence, “I yield to none”), in recognition of the striking color pattern of the species among Papuan frogs. 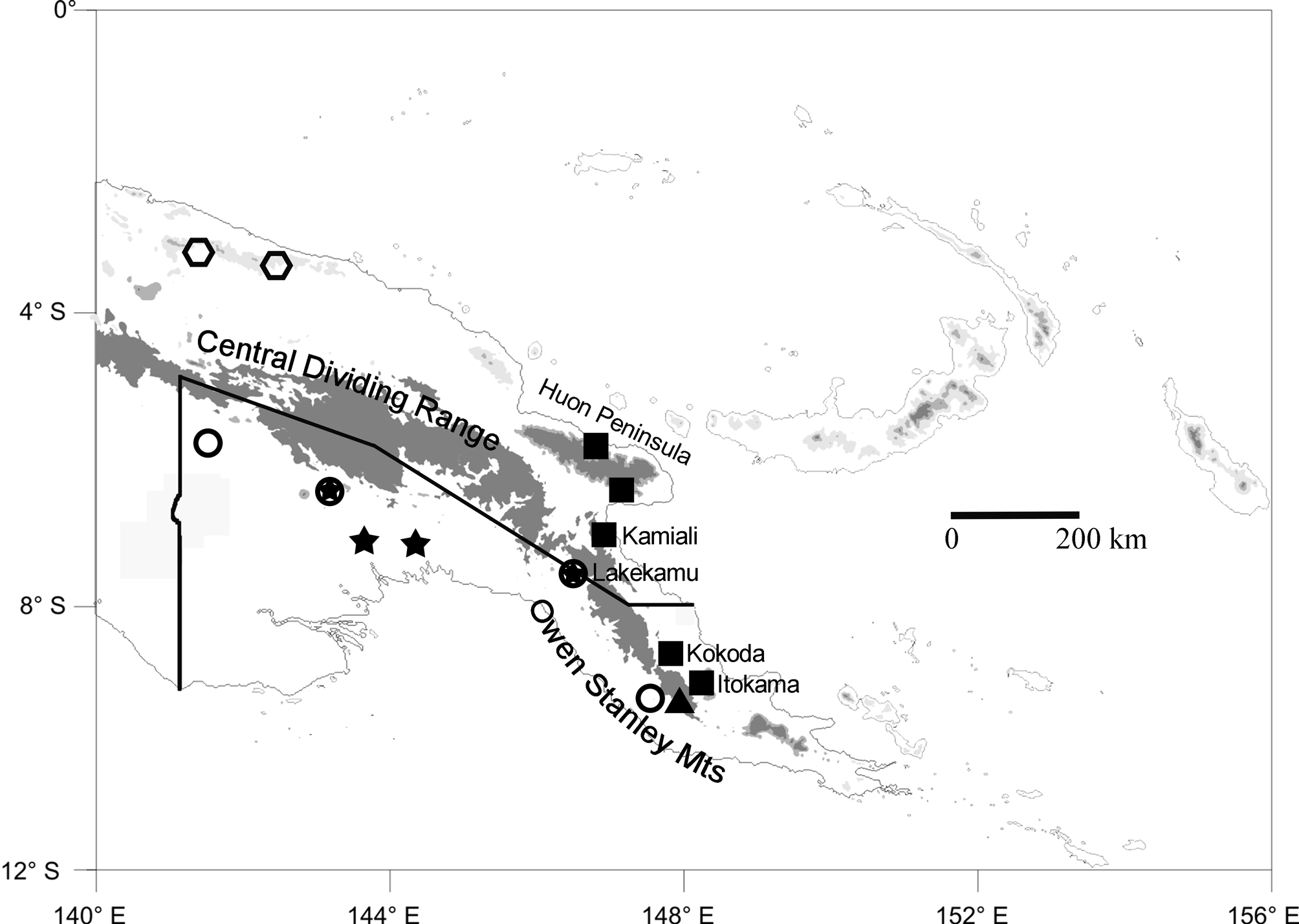 FIGURE 6. Nictitating membranes of right eyes of (A) Litoria nullicedens sp. nov., BPBM 18440, and (B) Litoria sauroni, BPBM 35101, showing diagnostically different patterns of pigmentation, which is denser and composed of larger, more wormlike markings in the former. 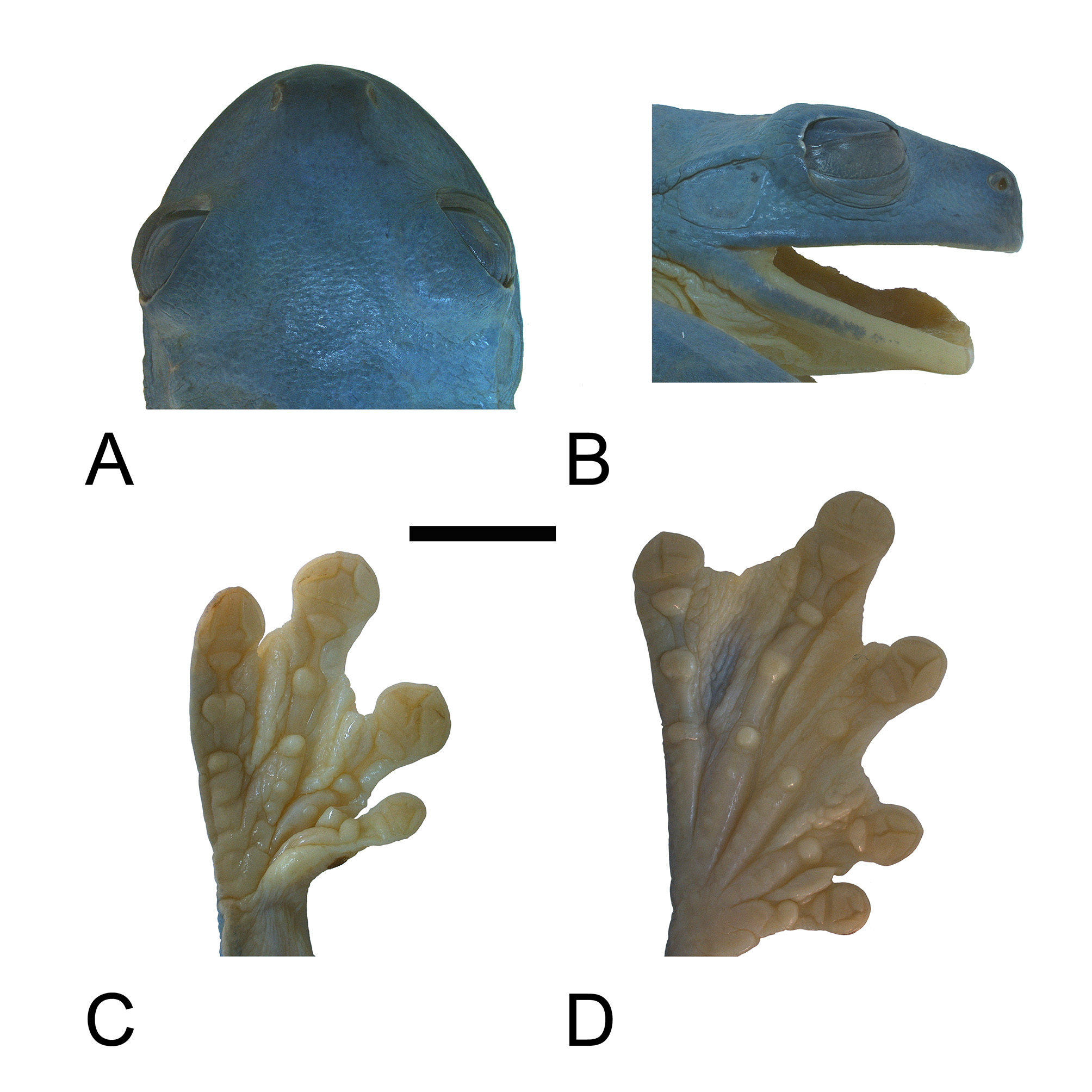