Legs 1-4 as in other members of the genus, with 3-segmented exopods and 2-segmented endopods as well as lateral spines with serrated hyaline margins (Fig. 4A-DView Figure 4): coxa of legs 1 to 3 bearing one medial seta and a patch of fine setules; coxa of leg 4 without medial seta. Seta and spine formula as follows (spines, Roman numerals; setae, Arabic numerals):

We compared our specimens with the paratypes deposited at the Natural History Museum, London ( BMNH 1926.2.16.69-88), and concluded that our specimens are C. media  . Both our specimens and the paratypes shared most of the diagnostic features of the species, such as: the shape of the fifth pediger, the presence of 2 ventral spinules on the right side of the female genital compound somite, and the structure of both female and male leg 5. However, the asymmetry of female leg 5 (right leg basis broader and slightly shorter than left, first exopodal segment of right leg shorter than that of left leg and second exopodal segment of right leg slightly longer than on left leg) and the presence of a ventral knob on the right side of the prosome were probably overlooked in the original description by Gurney (1927). Nevertheless, our specimens differ in the asymmetry of the caudal rami, of which the right ramus is broader and expanded anteromedially, and slightly shorter than the left one.

Calanopia media  was originally described from the Suez Gulf and the southern part of the Suez Canal ( Gurney 1927) during the CAMBRIDGE Expedition. Subsequently, Pesta (1941) collected this species during the POLA Expedition in the southern Red Sea (15°26'12"N, 40°05'24"E). In 1956, Rose recorded this species from the Vietnamese waters. Later, it was recorded from the Levantine Basin by Berdugo (1968) and Lakkis (1984) and considered to be a Lessepsian migrant species. In the present study, C. media  was found in considerable abundance (106 ind. m-3) in samples collected at sunset (6:00 pm; UTC+3), with the highest densities at midnight (150 ind. m-3). Copepodid stages were relatively low, constituting 9 and 5% of the population at sunset and midnight, respectively. It was completely absent from near the surface in morning and midday samples. The sex ratio (males/females) of C. media  varied between 0.46 and 0.54 at 6:00 pm and 12:00 am (UTC+3), respectively.

A 624-bp region of the mtCOI was obtained for four female individuals of C. media  , which varied in the degree of anteromedial expansion of the female right caudal ramus in specimens collected from Obhur Creek, central Red Sea. Results showed that the four analyzed specimens have nearly identical mtCOI sequences, with a distance ranging between 0.013 and 0.016 based on the pairwise distance method and Kimura 2 parameter model. The intraspecific variation in the mtCOI sequences of the other Red Sea species, C. minor  and C. thompsoni  , were 0.000 and 0.002, respectively.

Moreover, in the current analysis, sequences were obtained for three other Calanopia  species collected from the study area ( C. elliptica  , C. minor  and C. thompsoni  ) and sequences of one species ( C. thompsoni  ) were obtained from NCBI. The mtCOI sequences of Calanopia  species (i.e., C. elliptica  , C. media  , C. minor  and C. thompsoni  ) from the Red Sea differ between 21.3% and 29.4% (Table 1 and Fig. 7View Figure 7). A Neighbor Joining phylogenetic analysis using the Kimura 2 parameter model showed that C. media  was clearly distinct from its congeneric species (Fig. 7View Figure 7). Concerning C. thompsoni  , the only sequenced mtCOI in NCBI, it is clear that the average distance between Red Sea specimens and Indian Ocean specimens (KP068656-KP068659) was 0.035 (0.030-0.042), whereas for the China seas’ specimens it was 0.201 (0.193-0.211). 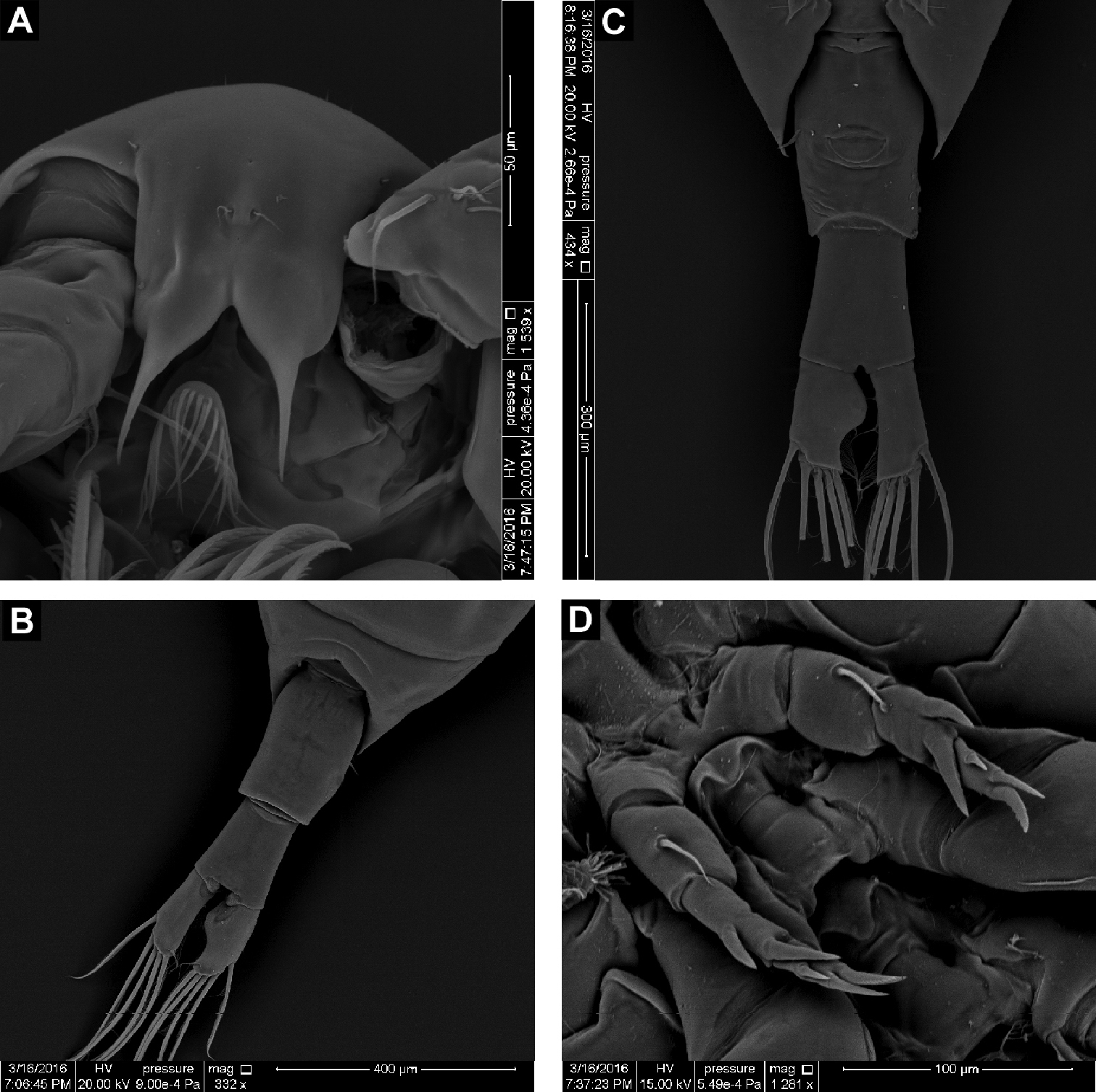 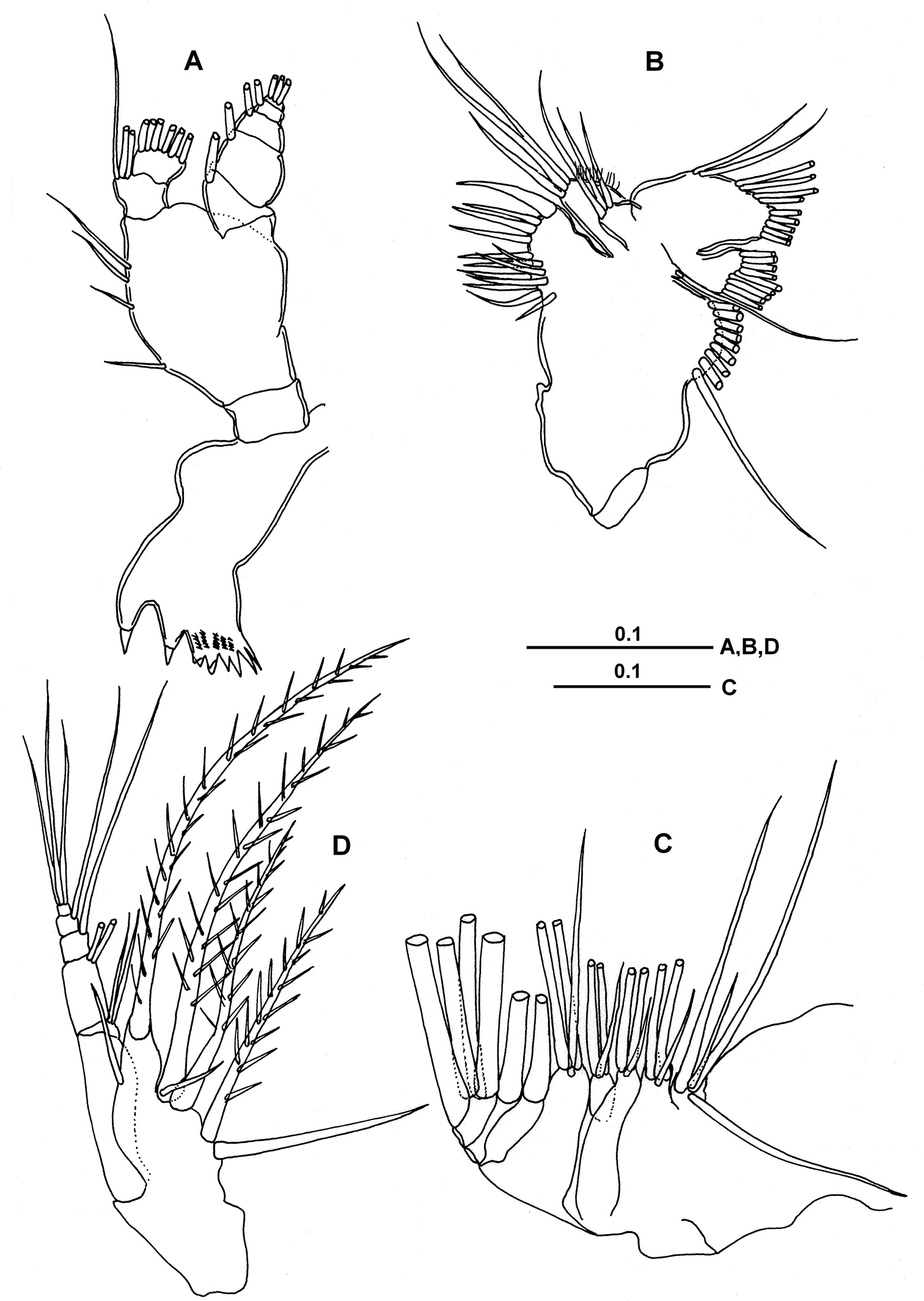 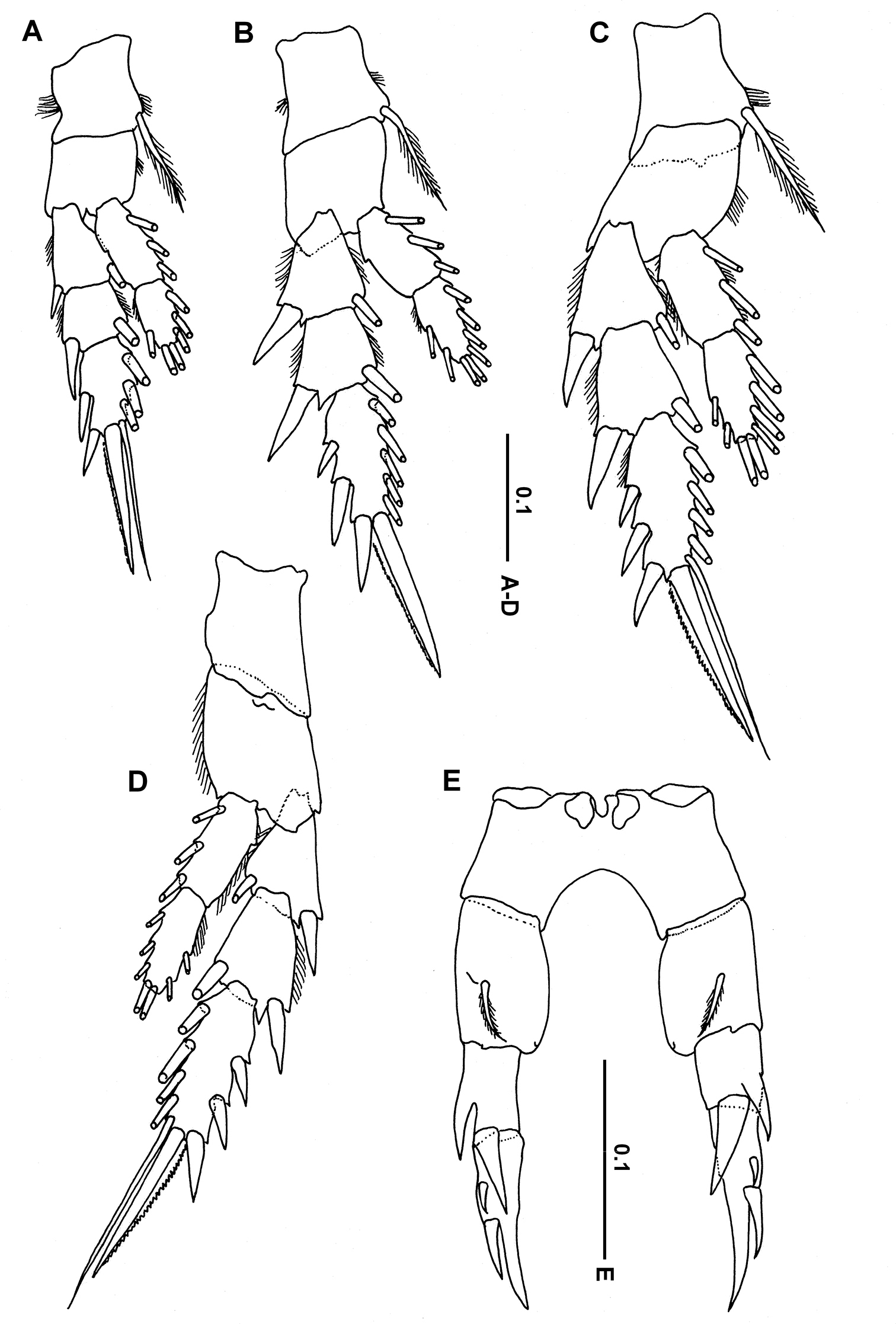 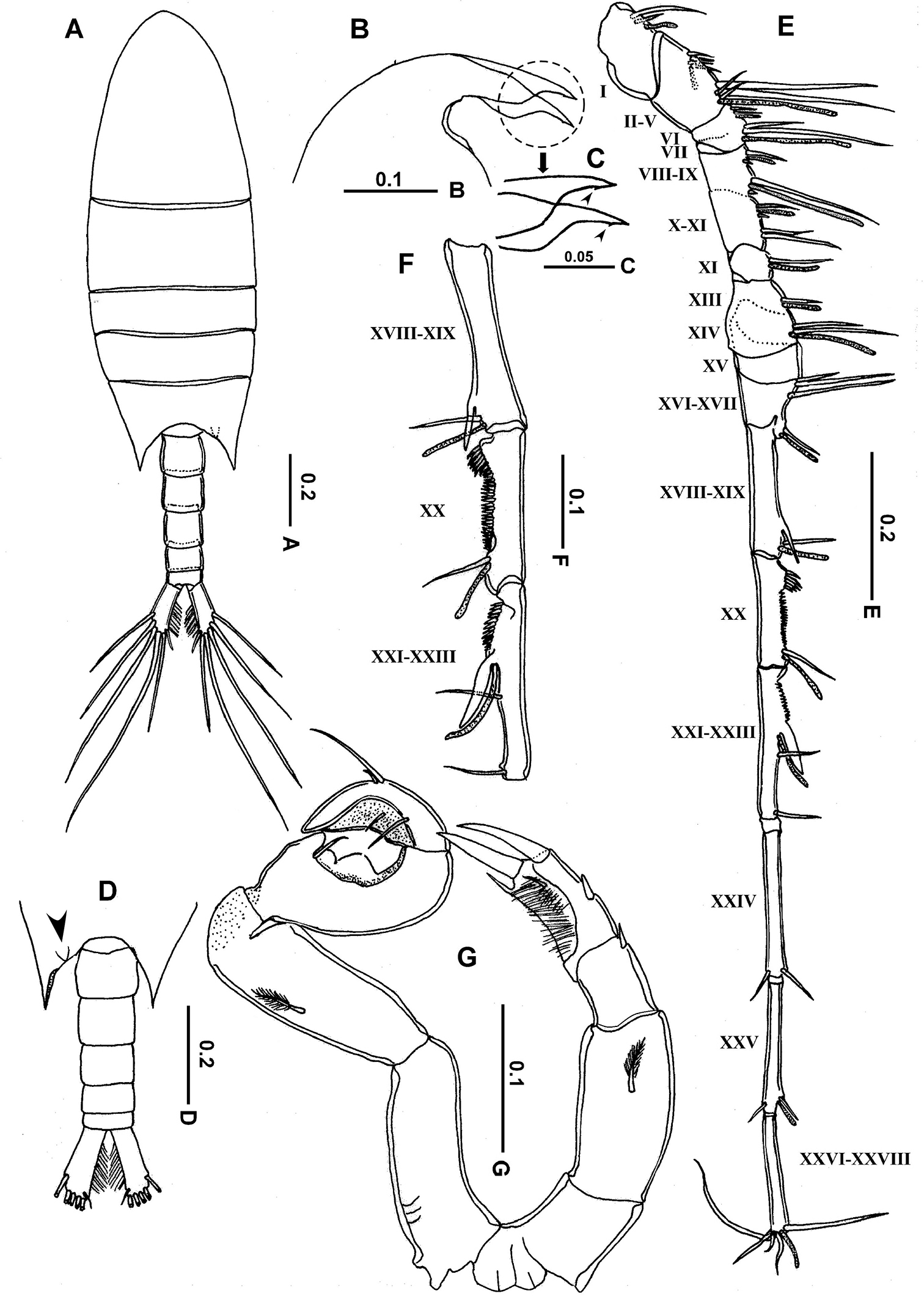 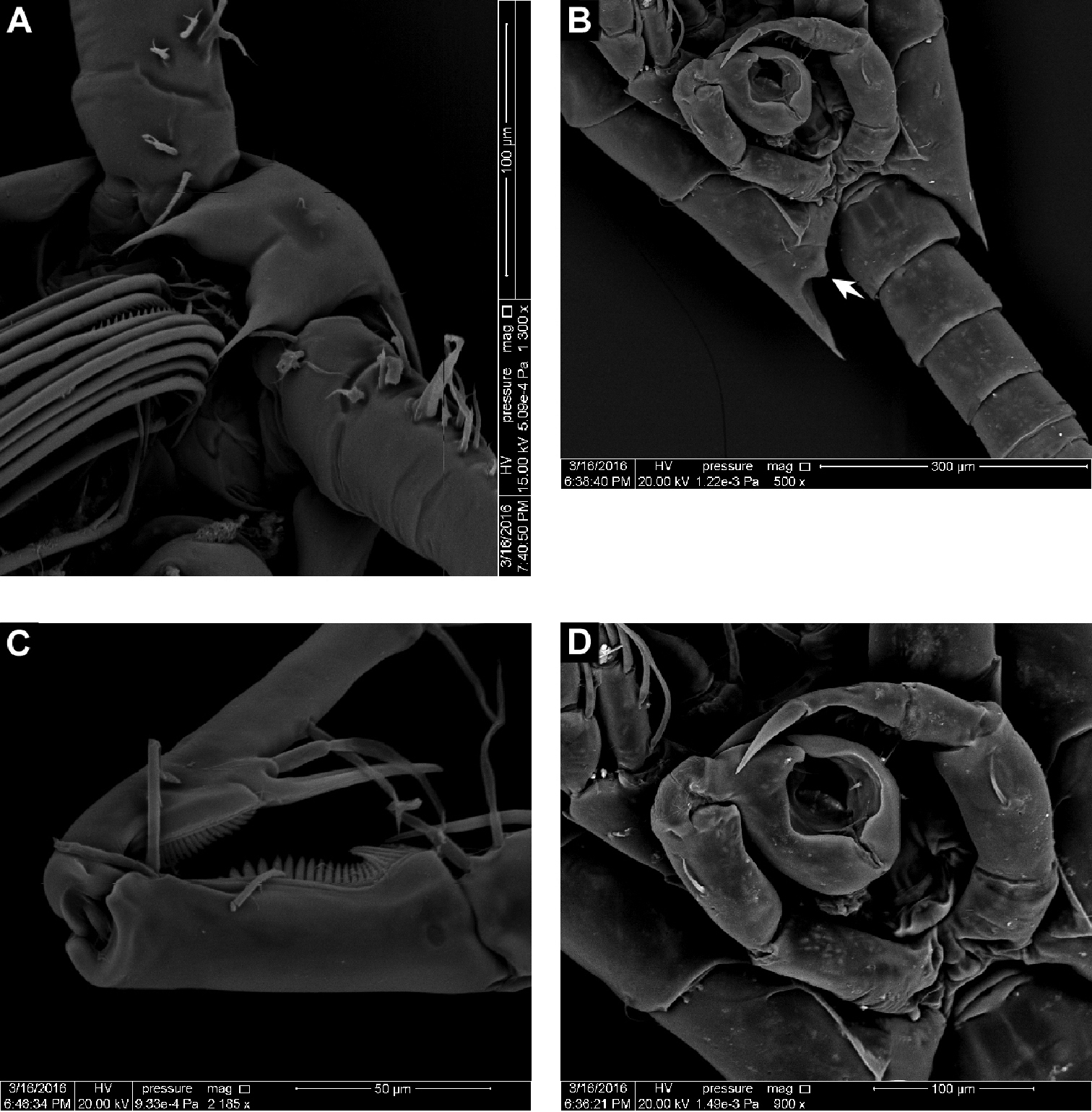 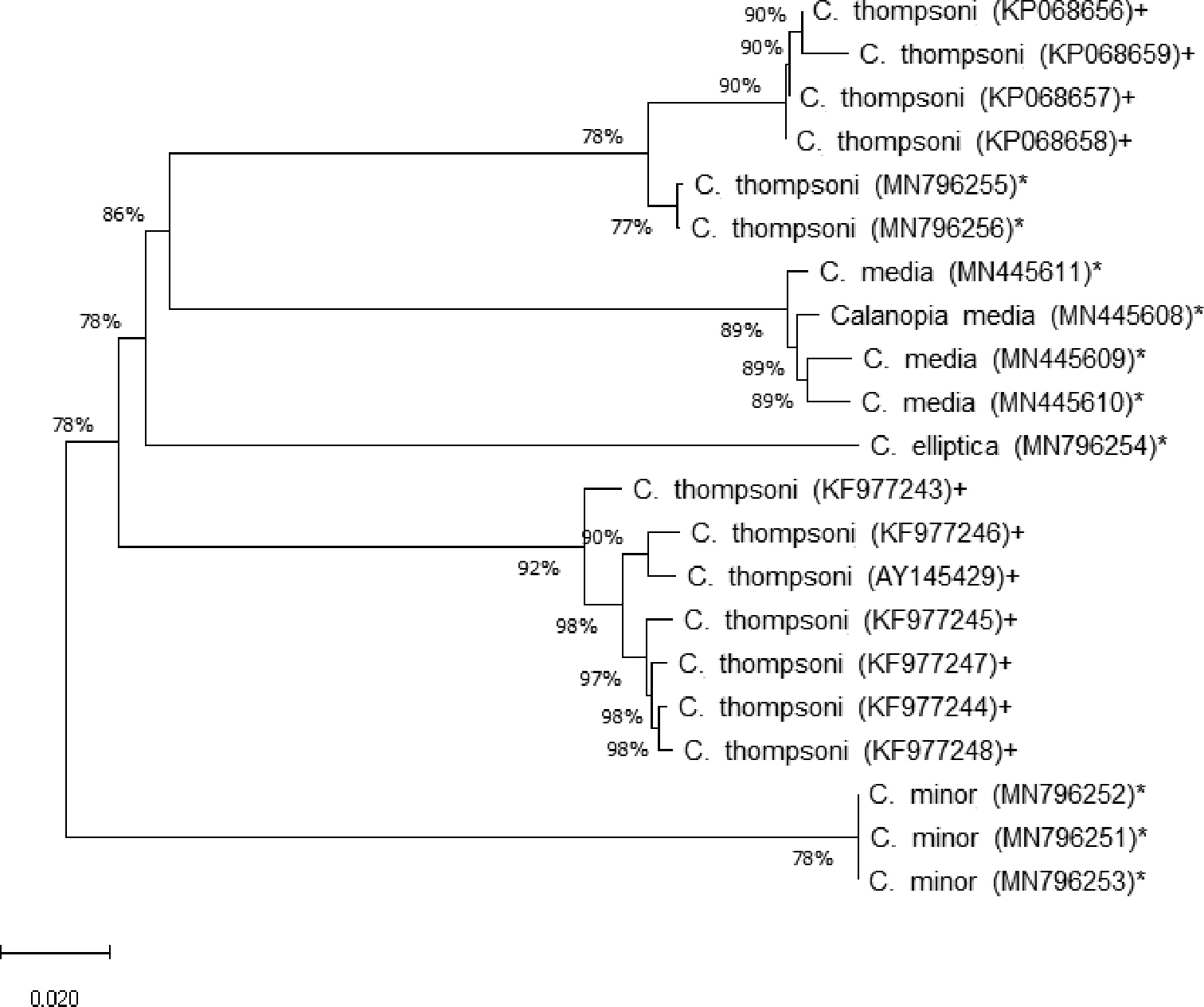 Figure 7. Neighbor Joining phylogenetic tree based on the mtCOI genes of Calanopia elliptica, C. media, C. minor and C. thompsoni from the Red Sea (indicated by *). Calanopia thompsoni sequences (indicated by +) from GenBank were used for comparative analysis.