ETYMOLOGY„ From the Latin tuberculatus (tuberculate), referring to a tuberculate dorsal surface of the carapace.

Eye: Relatively short, 1.4-1.5 × longer than broad, overreaching midlength of rostrum; mesial and lateral margins convex. Cornea distinctly (in holotype) or somewhat (paratypes) narrower than greatest breadth of remaining eyestalk, length subequal to or slightly less than that of remaining eyestalk.

Mxp: Mxp1 with bases close to each other, slightly separated. Mxp3 barely setose on lateral surface. Coxa with blunt ventrolateral process. Basis with 3 or 4 obsolescent denticles on mesial ridge. Ischium having flexor margin not rounded distally, crista dentata with no distinct denticles. Merus twice as long as ischium, with blunt distolateral spine and 2 similar spines on distal third of flexor margin. Carpus with blunt distolateral spine.

REMARKS„ The spination of the P 2-4 and the shape of sternite 4, especially the posterolateral margin longer than the anterolateral margin, link the species to U. floccus n. sp., U. dualis n. sp. and U. levicrustus Baba, 1988 . However, U. tuberculatus is readily distinguished from U. floccus and U. dualis by the carapace dorsally sparingly tuberculose instead of bearing a row of small epigastric spines, laterally with small instead of strong spines, and by the P 1 merus bearing spines, without a field of three obliquely arranged spines on the proximal mesial surface. Uroptychus levicrustus is different from U. tuberculatus in having the carapace dorsum and the pterygostomian flap both smooth, with at least a well-developed spine on the lateral branchial margin. 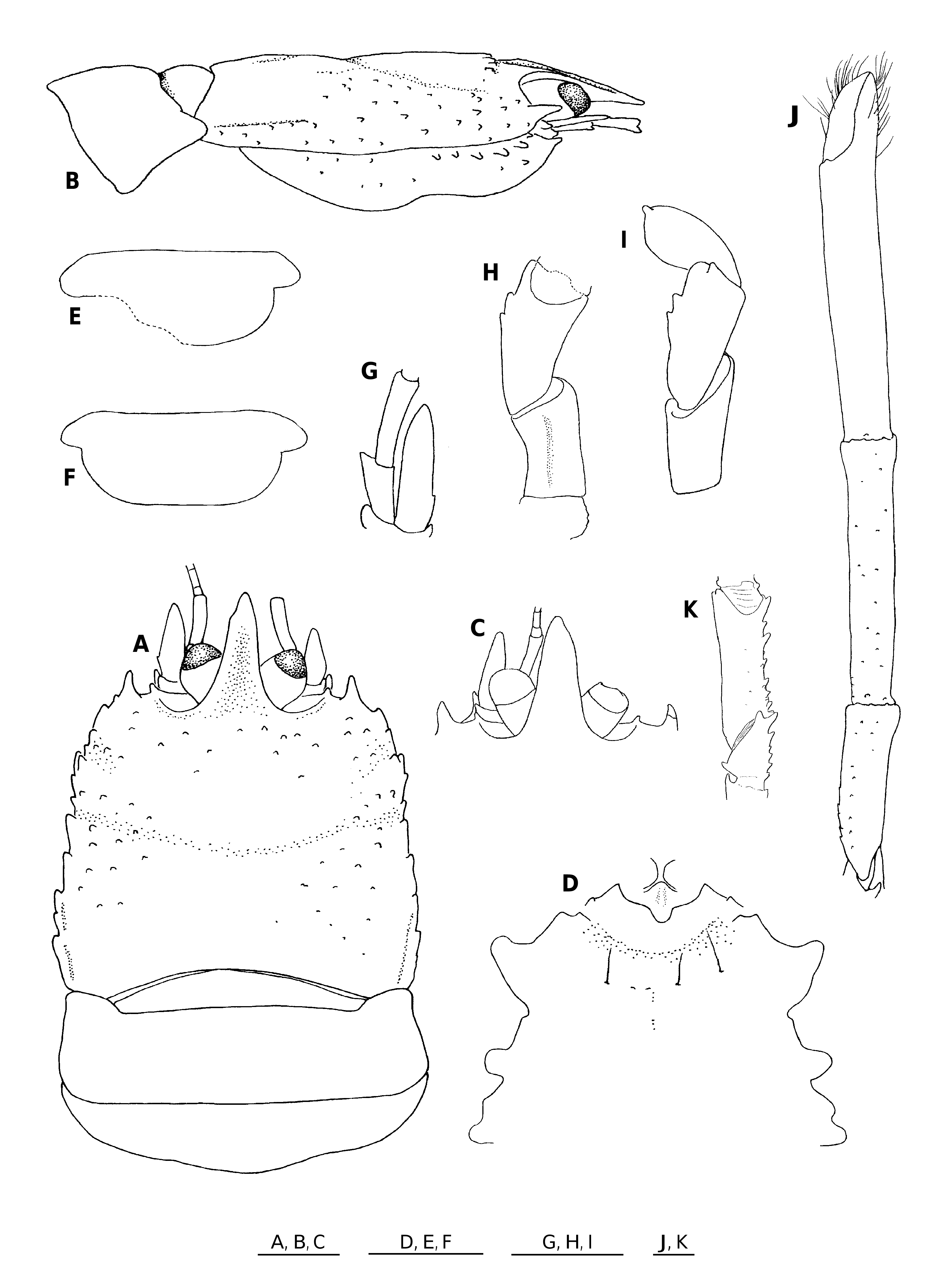 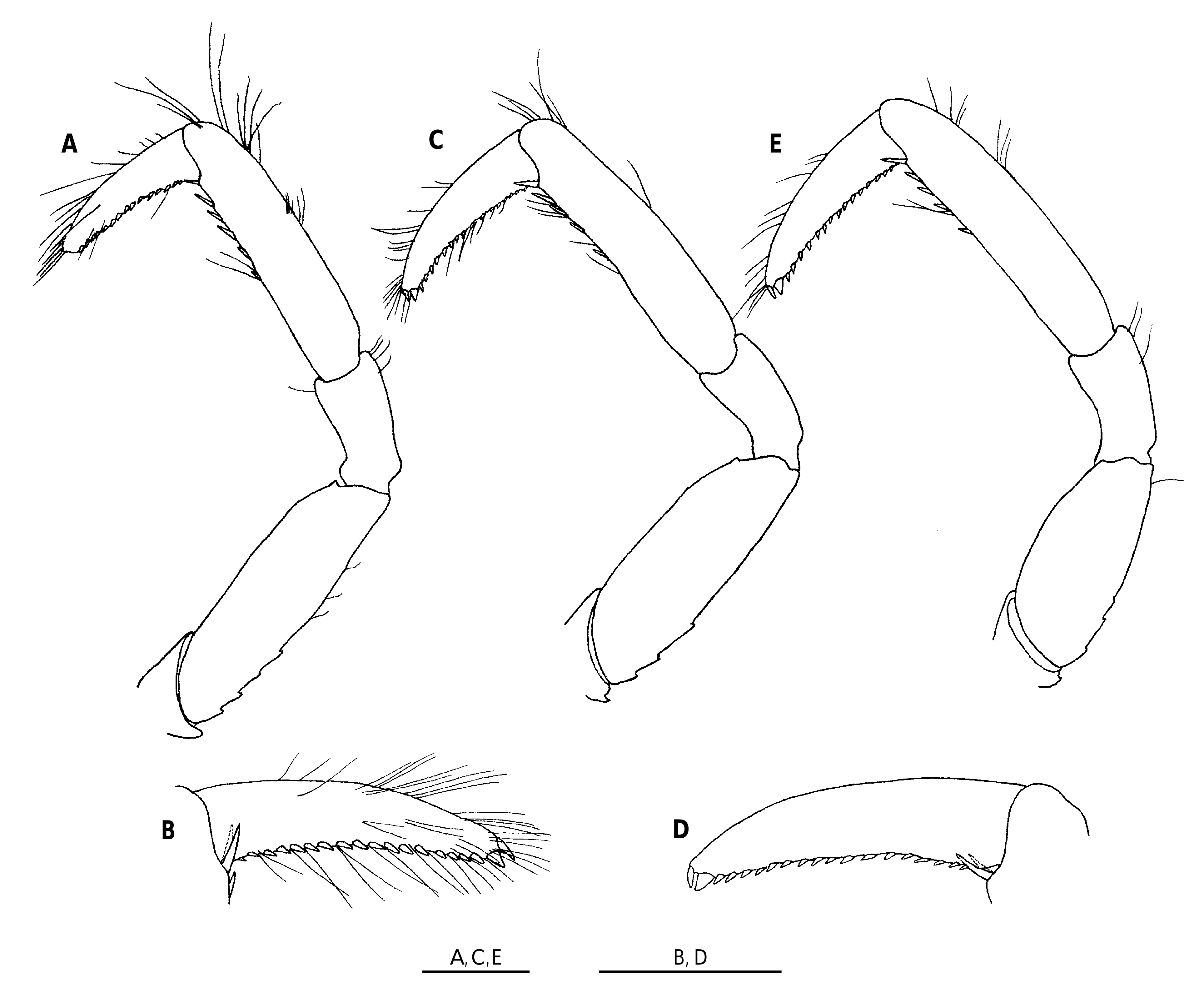