REMARKS„ No clear differences were found in the relative lengths of articles of P 2-4 between the type and the present material. Apparently this female specimen is identical with the male reported by Ahyong & Poore (2004) from a non-vent site in Queensland, sharing the presence of a strong lateral spine on sternite 4, two distodorsal spines on the P 1 merus and one distodorsal spine on the P 1 carpus. In the type material, the lateral spine of sternite 4 is very small, the P 1 merus bears one instead of two spines, and the P 1 carpus has no distodorsal spine. Ahyong & Poore (2004) considered these differences as age-related variations, but the present specimen is about as large as in the type material. The crista dentata of the Mxp3 ischium in this specimen bears denticles more obsolescent than in the type. Given that the type material was taken from the active thermal vent-site, the material from Queensland and New Caledonia may be referable to a different species. However, this is provisionally placed in U. thermalis , pending a discovery of additional material from the type locality and molecular analyses.

The spination of the P 2 dactylus is illustrated here for the BIOCAL specimen; the small spines on the proximal portion are also discernible under high magnification in the type ( Figure 263E View FIGURE 263 ). Dactylar and propodal spination of the P 2-4 are similar between U. thermalis and U. sternospinosus Tirmizi, 1964 , as also are the slender pereopods, short antennal scales, and the shape of the sternal plastron. In U. sternospinosus , however, the P 2-4 carpi are consistently longer than the propodi, and the carapace bears a distinct longitudinal carina in midline and a pair of strong gastric spines, the characters confirmed by examination of the type material ( BMNH 1966.2.3.21-22). 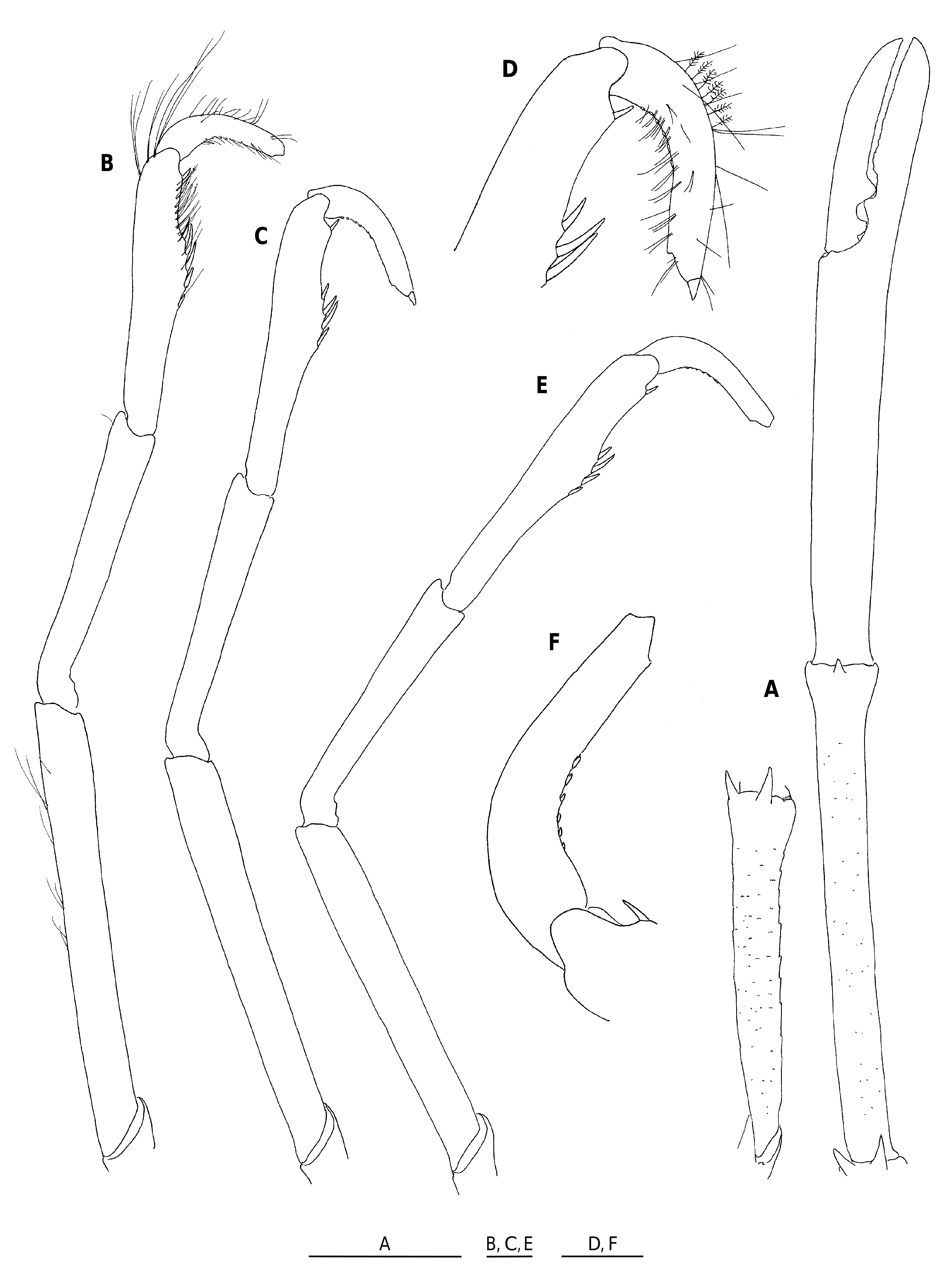 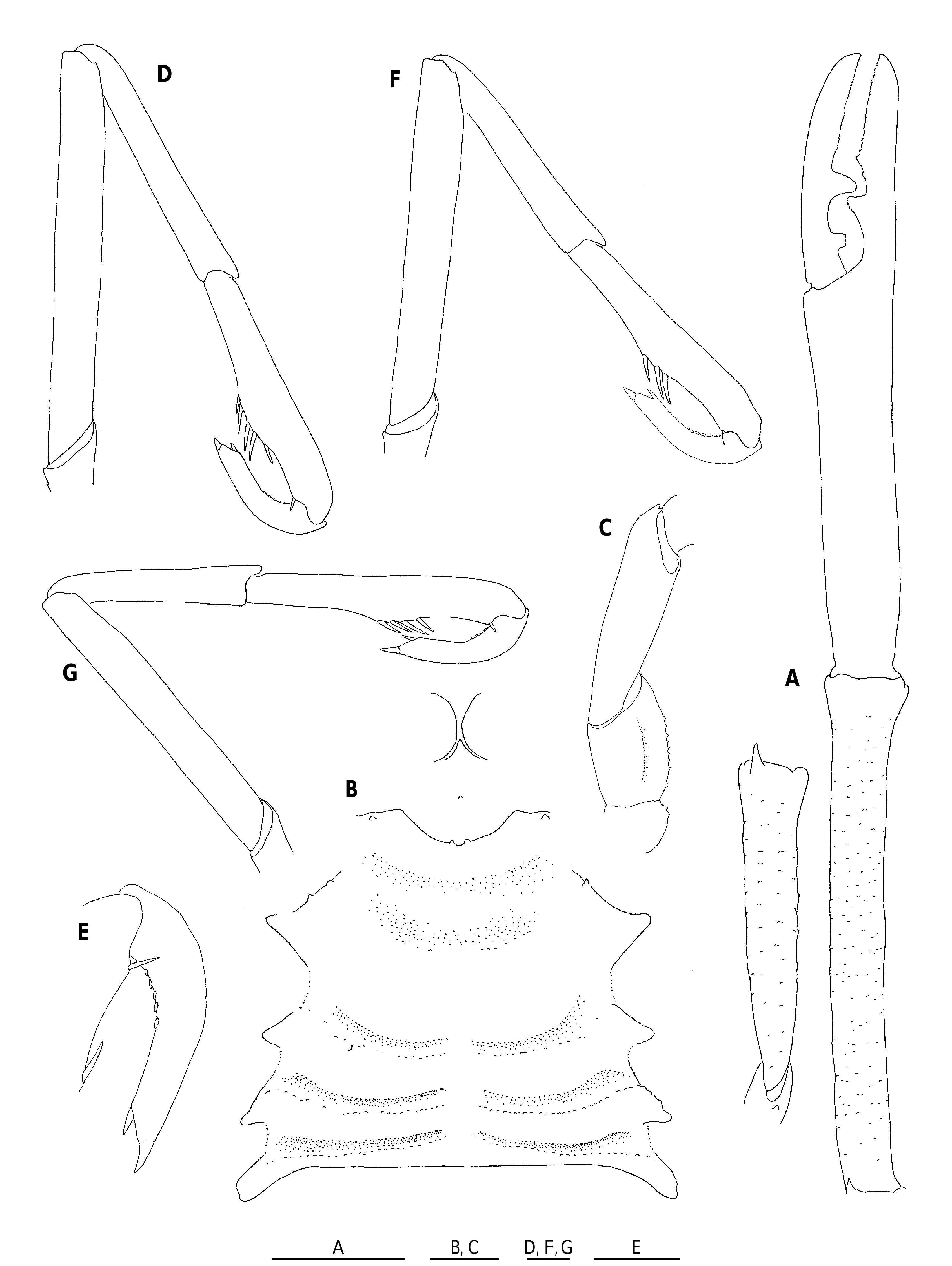