REMARKS — The type material is now in poor condition, with all the pereopods missing. In my earlier paper ( Baba, 2005), the specimens from New Caledonia (MNHN-IU-2014-17292, MNHN-IU-2014-17298) were thought to be identical with U. tridentatus . However, the present sole specimen has the carapace much more like that of the type, especially with the last lateral spine being located at a point in the posterior quarter rather than posterior third. Its occurrence is near to the type locality of U. tridentatus rather than being far south in New Caledonia and vicinity. In addition, their bathymetric range is shallow, unlike that of the specimens of Baba (2005), which were from below 290 m. The specimens of Baba (2005) are now described as U. annae n. sp. (see above). The present specimen has more numerous spines on the P 2-4 propodi and dactyli (see above under U. annae ).

The identification of the SIBOGA material from the Sulu Sea and Kai Islands ( Van Dam, 1933) appear to be correct. The material reported by Van Dam (1937) from Solor Strait [between Solor and Alor Archipelago] may also be referable to this species, judging from her note that the specimen agrees well with her description of SIBOGA material.

The material reported from Japan ( Baba, 1973) is also different from the present material in having only 3 spines on the branchial lateral margin with the last one located slightly posterior to the midlength of the carapace lateral margin, in having the P 2-4 propodi with a pair of terminal spines preceded by 2, 0, 0 spine on P 2, P 3, P 4 respectively, the features suggesting that it is close to U. zezuensis . However, U. zezuensis has the last branchial marginal spine distinctly more anterior in position. The Japanese material is now removed from the synonymy, requiring further study. The specimens from Madagascar ( Baba, 1990) are very similar to the present material but differ in having more slender P 2-4, especially the dactyli, and in having a few additional spines proximal to the distal spine on the meral ventrolateral margin. This is removed from the synonymy, pending extensive studies.

Uroptychus inclinis Baba, 2005 from the Kai Islands is now synonymized with U. tridentatus . The lateral carapace margins of U. inclinis seem to be more convex than those of both the holotype and the present material of U. tridentatus , but no additional difference worthy of note is found. 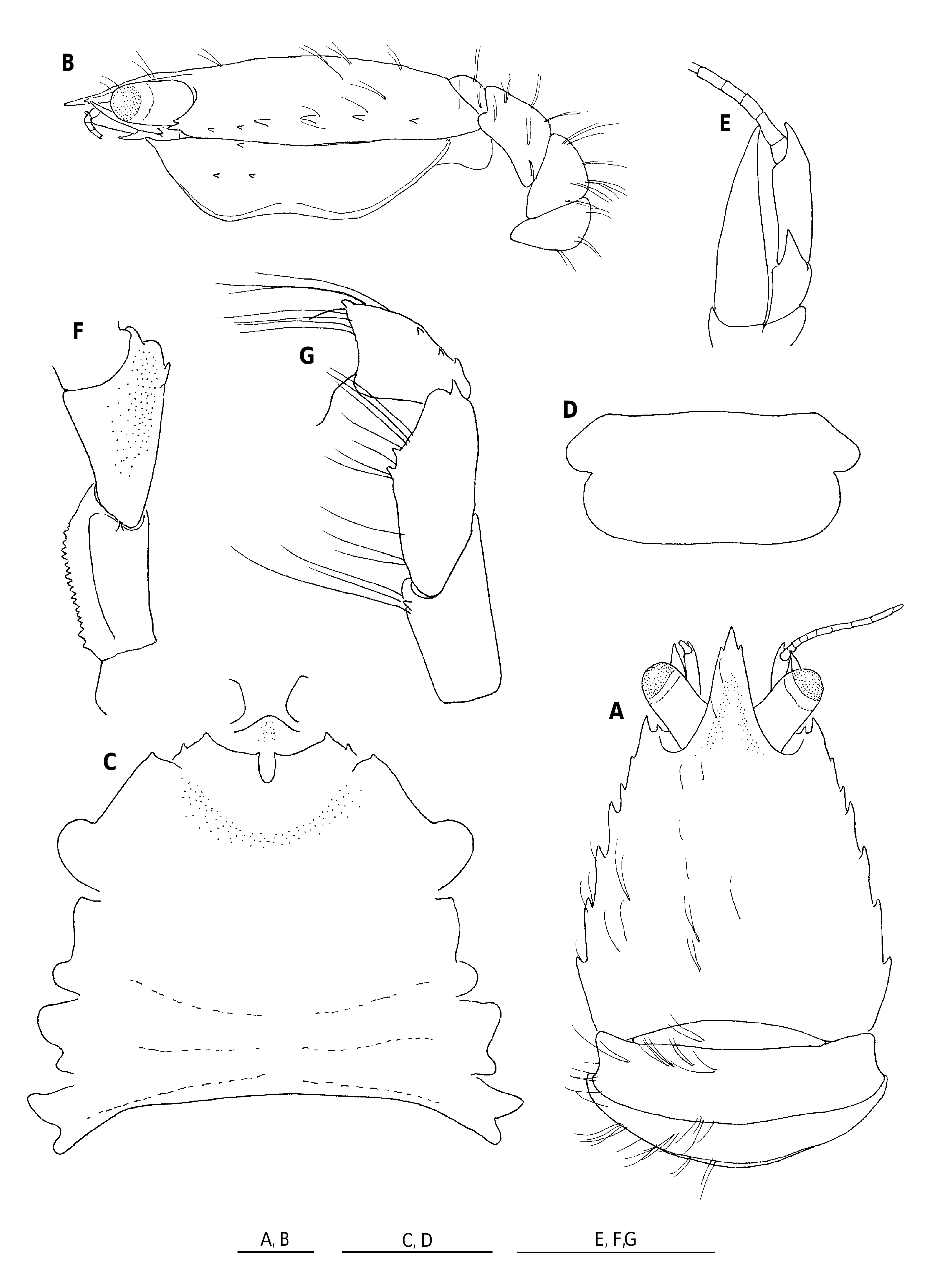 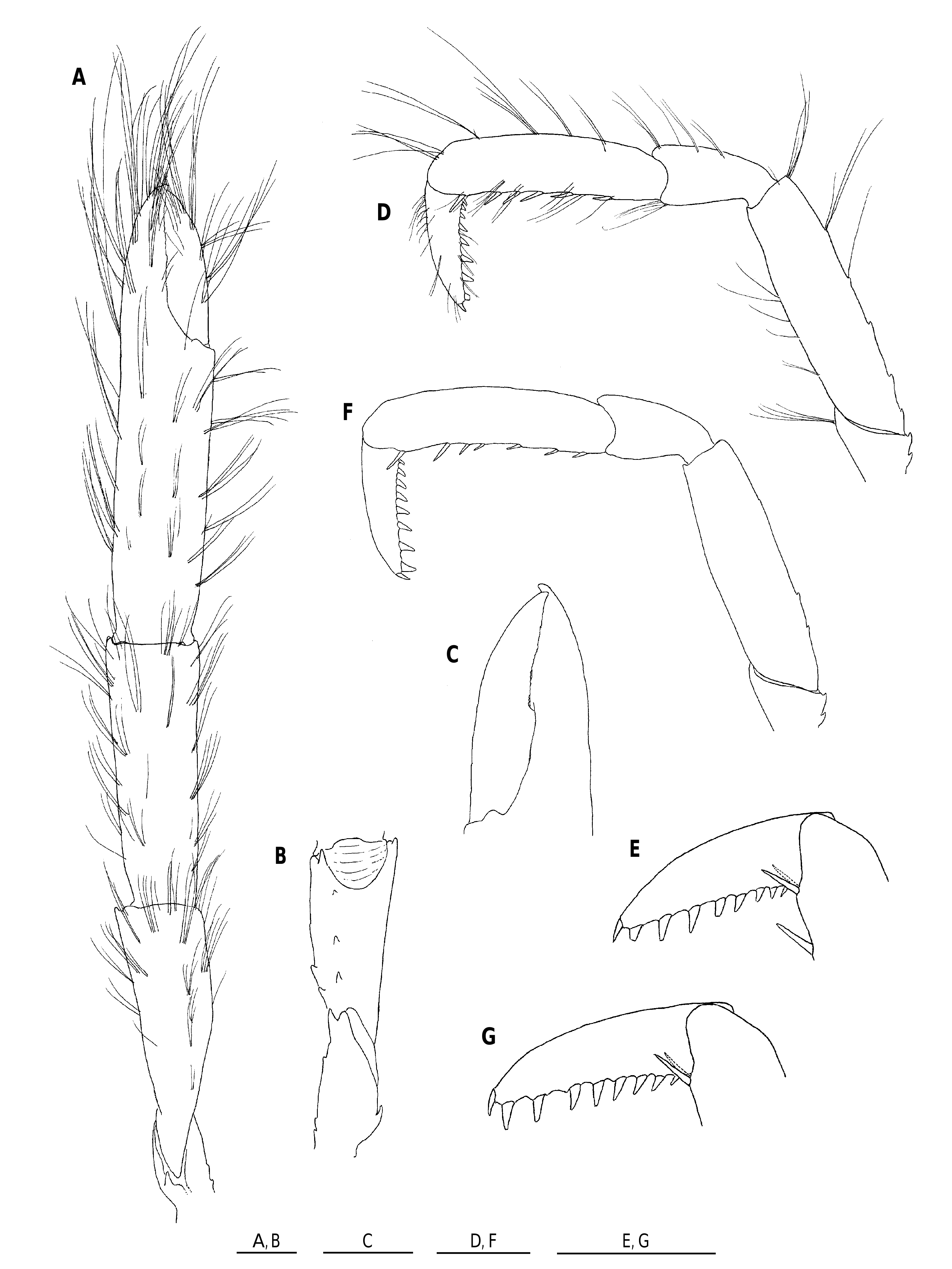