ETYMOLOGY — From the Latin vegrandis (not large), alluding to the anteriormost branchial marginal spine smaller than the anterolateral spine, a character to separate the species from the nearest congener U. karubar n. sp.

REMARKS„ The ovigerous female from MUSORSTOM 10 Stn CP1344 is somewhat different from the others: the carapace bears a small spine dorsomesial to the second lateral spine; pereopods are more slender (length-breadth ratio, 5.0 on P 1 palm, 4.1, 3.9, 3.4 on P 2, P 3, P 4 merus respectively); the P 1 merus is 1.2 times longer than the carapace and P 1 carpus bears distinct spines along the mesial margin. Inasmuch as no other differences are found, this specimen is regarded as a variant of the species.

The carapace lateral marginal spination and the granulose dorsal surface in large specimens are very much like those of large specimens of U. nanophyes Alcock & McArdle, 1902 . Uroptychus vegrandis differs from U. nanophyes in having four instead of five spines on the branchial margin, the anteriormost of which is smaller instead of larger than the anterolateral spine; the P 2 merus has a terminal spine only instead of bearing a row of spines on each of the ventrolateral and ventromesial margins; and the P 1 ischium bears on the ventromesial margin a subterminal spine only instead of a row of spines.

The species is closely related to U. karubar n. sp. (see above) in having the branchial lateral margin with four strong spines, the abdominal somite 1 well ridged transversely, and the antennal scale distinctly overreaching the antennal peduncle.

As mentioned under U. quinarius n. sp. (see above), that species also resembles this new species. Uroptychus vegrandis can be distinguished from U. quinarius by the granulose carapace surface and pterygostomian flap and by the lack of three closely arranged spines on the proximal mesial surface of P 1. 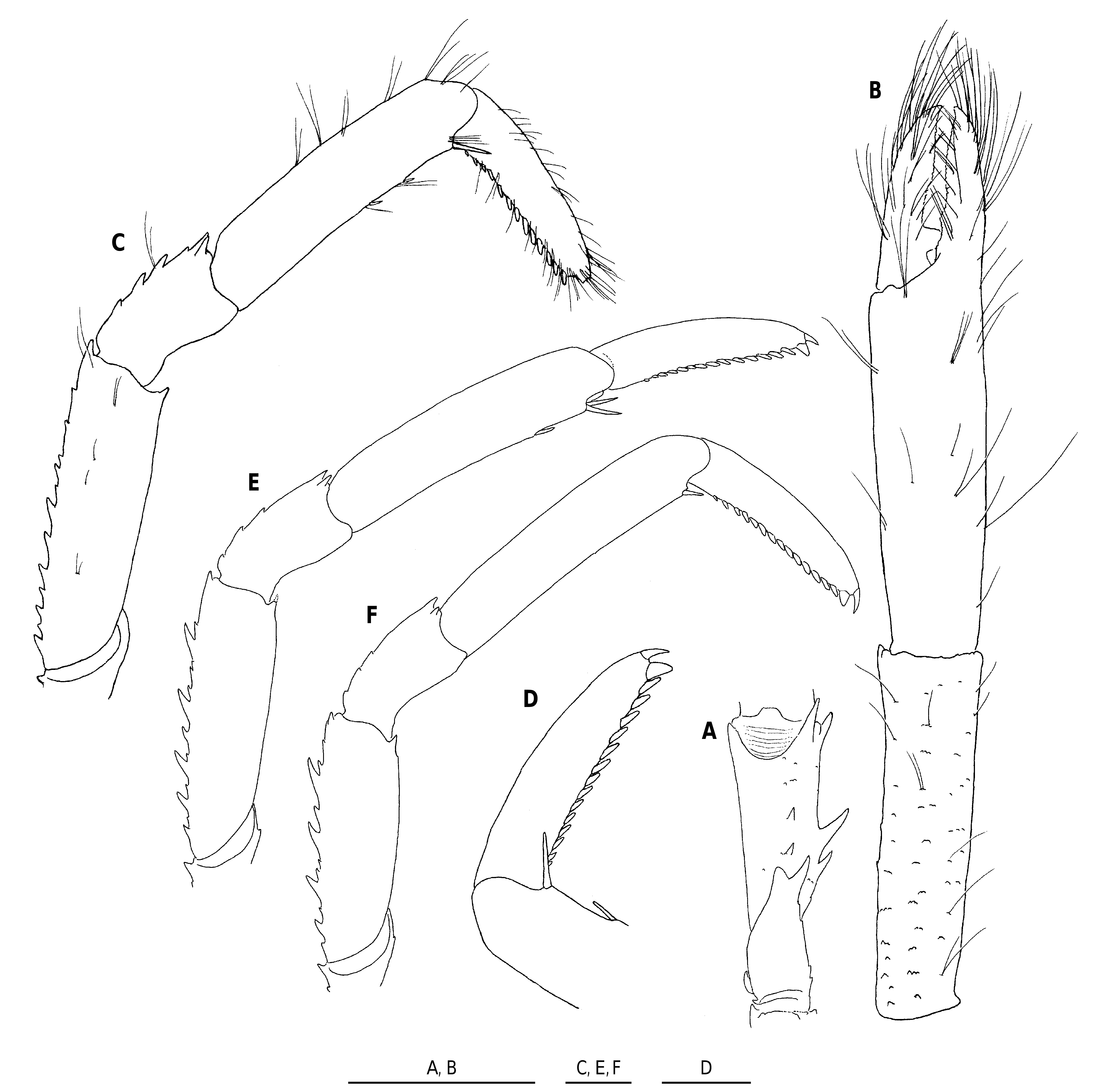