ETYMOLOGY„ Named for the cruise VOLSMAR, by which the holotype was collected; used as a noun in apposition.

Eye: Elongate (2 × longer than broad), slightly falling short of rostral tip; distally narrowed, lateral margin strongly convex. Cornea not dilated, length about half or slightly less than half that of remaining eyestalk.

REMARKS„ The new species resembles U. laurentae n. sp., U. paenultimus Baba, 2005 , and U. toka Schnabel, 2009 in having the anterolateral spine of the carapace close to the lateral orbital spine, the sternites 4-7 with subparallel lateral extremities, the antennal scale being short, ending at most in the midlength of antennal article 5, and the P 2-4 dactyli bearing the penultimate flexor marginal spine fully twice as broad as the antepenultimate. Uroptychus volsmar is differentiated from U. laurentae and U. paenultimus by the P 2-4 dactyli that bear flexor marginal spines directed perpendicularly instead of obliquely. In addition, the distal two of these spines are different in size: the penultimate spine is twice as broad as the ultimate spine in U. volsmar , 9 times broader in U. laurentae , 5 times broader in U. paenultimus . Uroptychus volsmar differs from U. toka in having the eyes distally narrowed rather than nearly uniformly

broad from proximal to distal; the carapace dorsal surface is smooth instead of bearing denticle-like small spines on the gastric and epigastric regions; and the lateral orbital spine is subequal to instead of distinctly larger than the anterolateral spine of the carapace.

The shape of the sternal plastron, the spination of the P 2-4 propodi and dactyli link this new species to U. turgidus n. sp. However, U. volsmar is readily distinguished from that species by the lateral orbital spine that is subequal to instead of much stronger than the anterolateral spine of the carapace, and by the P 2-4 dactyli that are slightly (1.2 ×) instead of much (1.6 ×) longer than the carpi. In addition, the distinct lateral spines and pronounced inflation on the posterior branchial margin as displayed by U. turgidus are missing in U. volsmar . 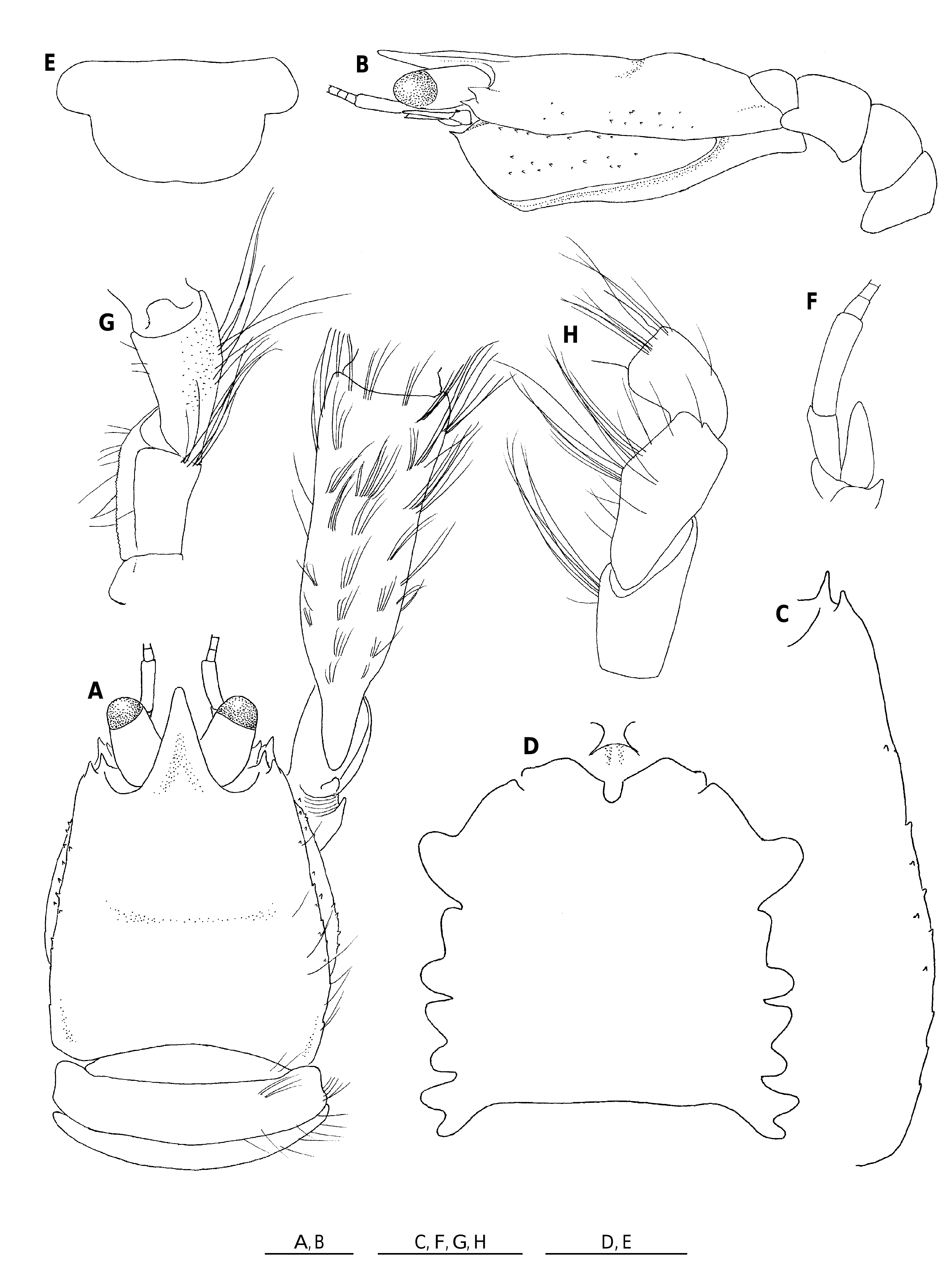 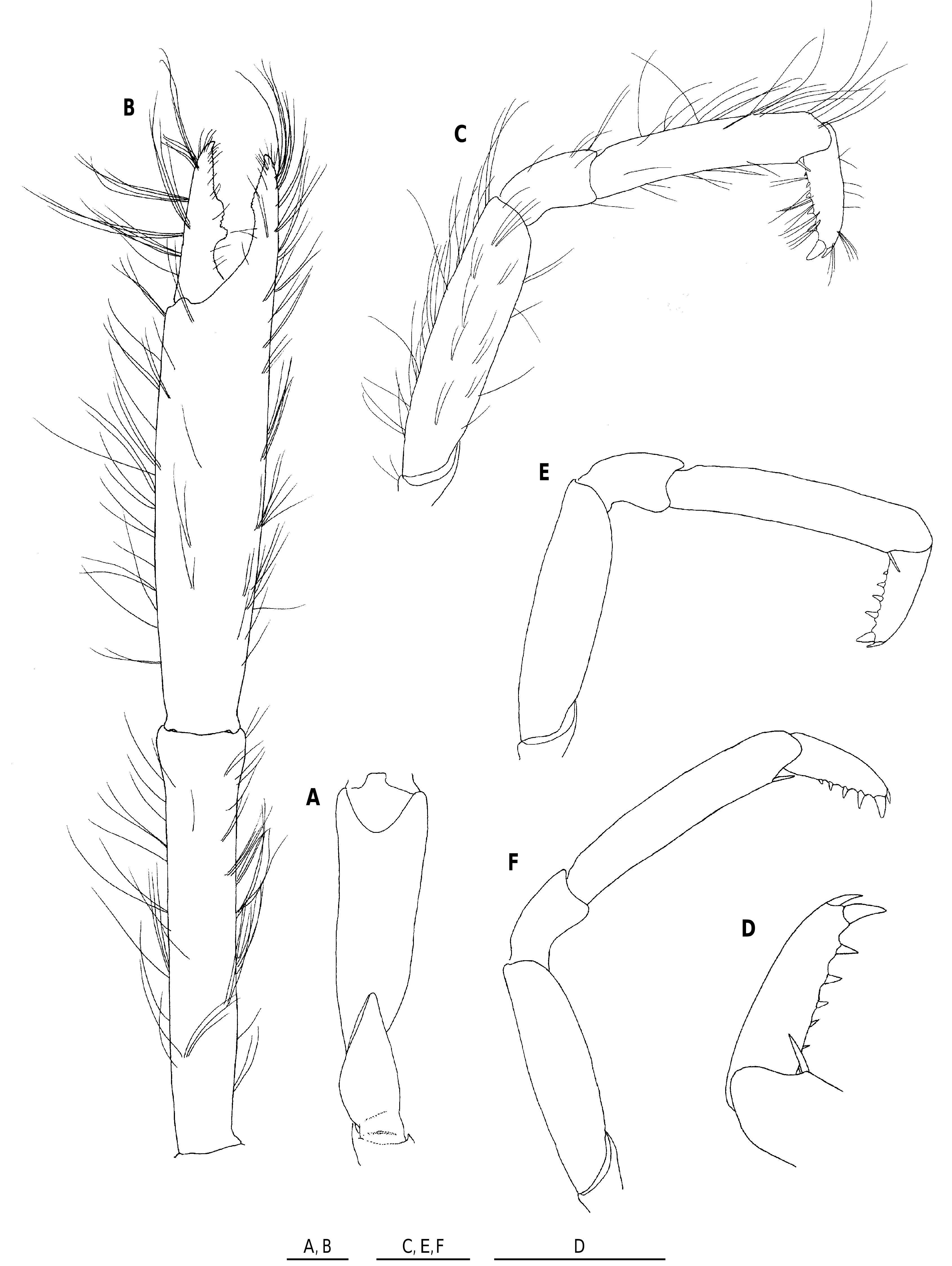