ETYMOLOGY„ The specific name is a noun in apposition from the Latin plumella , diminutive of pluma (= soft feather), alluding to short soft plumose setae covering carapace and pereopods.

Mxp: Mxp1 with bases moderately separated. Mxp3 with relatively long plumose setae other than brushes on distal articles. Basis having mesial ridge nearly smooth. Ischium with flexor margin not rounded distally; crista dentata with denticles widely spaced along most of length, minute and closely set on distal part. Merus 2.2 × longer than ischium, flexor margin roundly ridged, with 4 tiny spines or processes along distal third. Distodorsal spine on each of merus and carpus.

REMARKS — Uroptychus plumella n. sp. is characterized, along with U. senticarpus n. sp. and U. shanei n. sp., by the combination of the following characters: the carapace longer than broad, laterally unarmed other than the anterolateral spine; sternite 3 with the anterior margin emarginate in a broad V-shape; P 1 nearly spineless, with the fingers distally strongly incurved; the P 2-4 dactyli ending in a strong spine preceded by similar, proximally diminishing spines. However, the plumose setae on the carapace and P 1 as displayed by this species are not possessed by the two related species. Characters to distinguish these species are outlined under the accounts of the related species (see below). 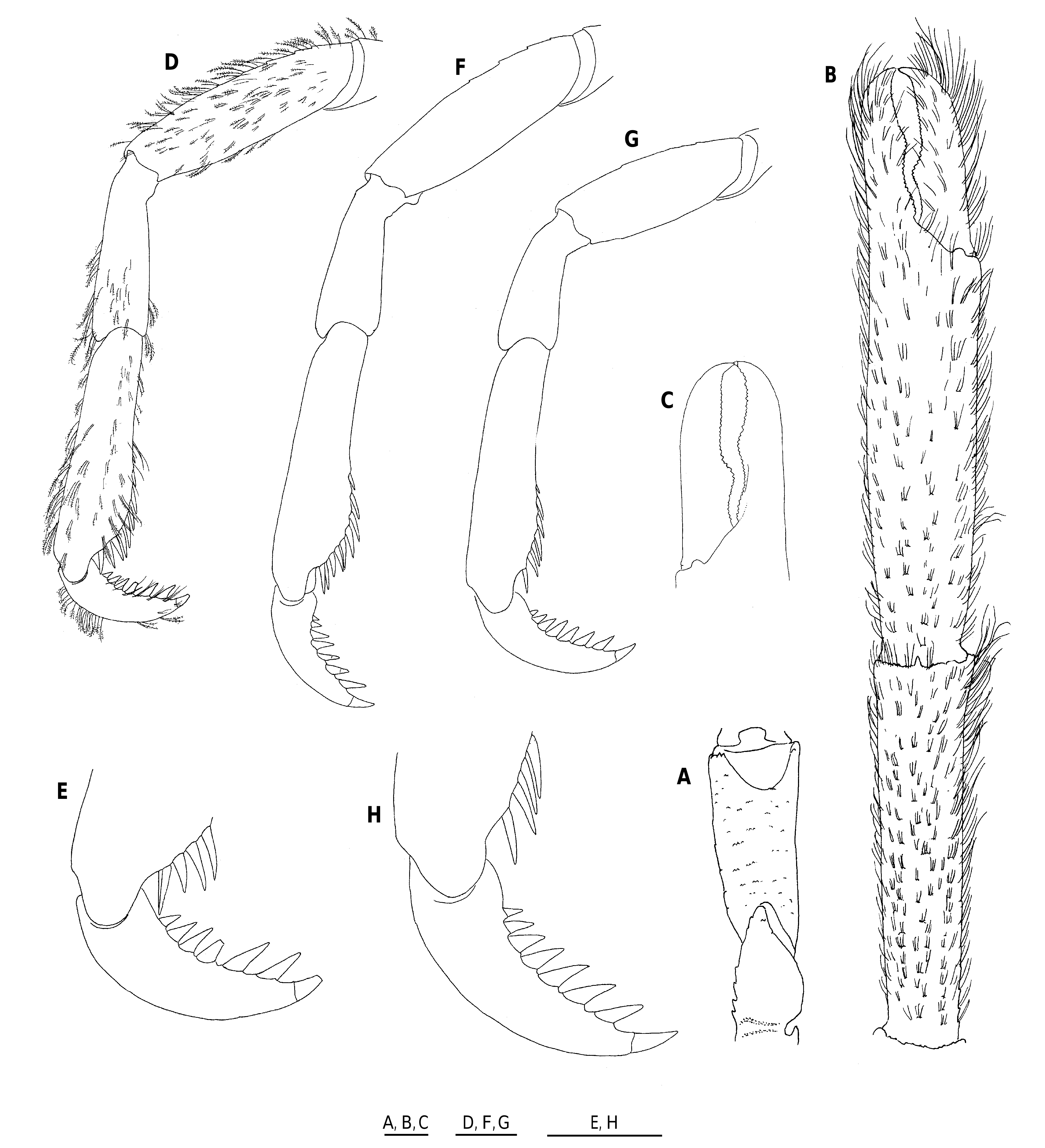