ETYMOLOGY„ From the Latin plautus (broad), alluding to the broad rostrum and broad sternal plastron of the species.

REMARKS — The P 2-4 dactyli bearing only two terminal spines are very unusual in the species of Uroptychus but possessed by U. pilosus Baba, 1981 , U. inaequalis n. sp. (see above) and U. plautus n. sp. Uroptychus plautus is distinguished from U. pilosus by the rostrum that is much broader, with the interior angle of 42° instead of 23°; the anterolateral corner of the carapace is distinctly angular instead of roundish; the dorsal margins of P 2-4 meri are unarmed instead of bearing a row of small spines at least on the proximal portion; the pterygostomian flap is anteriorly roundish instead of angular bearing a sharp spine; the antennal article 2 is distolaterally angular and acuminate instead of bearing a distinct spine; and the ultimate spine on the P 2-4 dactyli is smaller than instead of subequal to the penultimate spine. The new species is differentiated from U. inaequalis by the following particulars: the P 2-4 dactyli are shorter instead of longer than carpi; the P 4 merus is 0.90 instead of 0.75 times length of P 4 propodus; the Mxp3 merus is unarmed instead of bearing distolateral and flexor marginal spines; the pterygostomian flap is anteriorly roundish instead of produced to a distinct spine; the antennal article 2 is distolaterally acuminate instead of bearing a strong spine; the anterolateral corner of carapace is angular instead of roundish; and the sternal plastron is 1.5 times broader than instead of as broad as long. 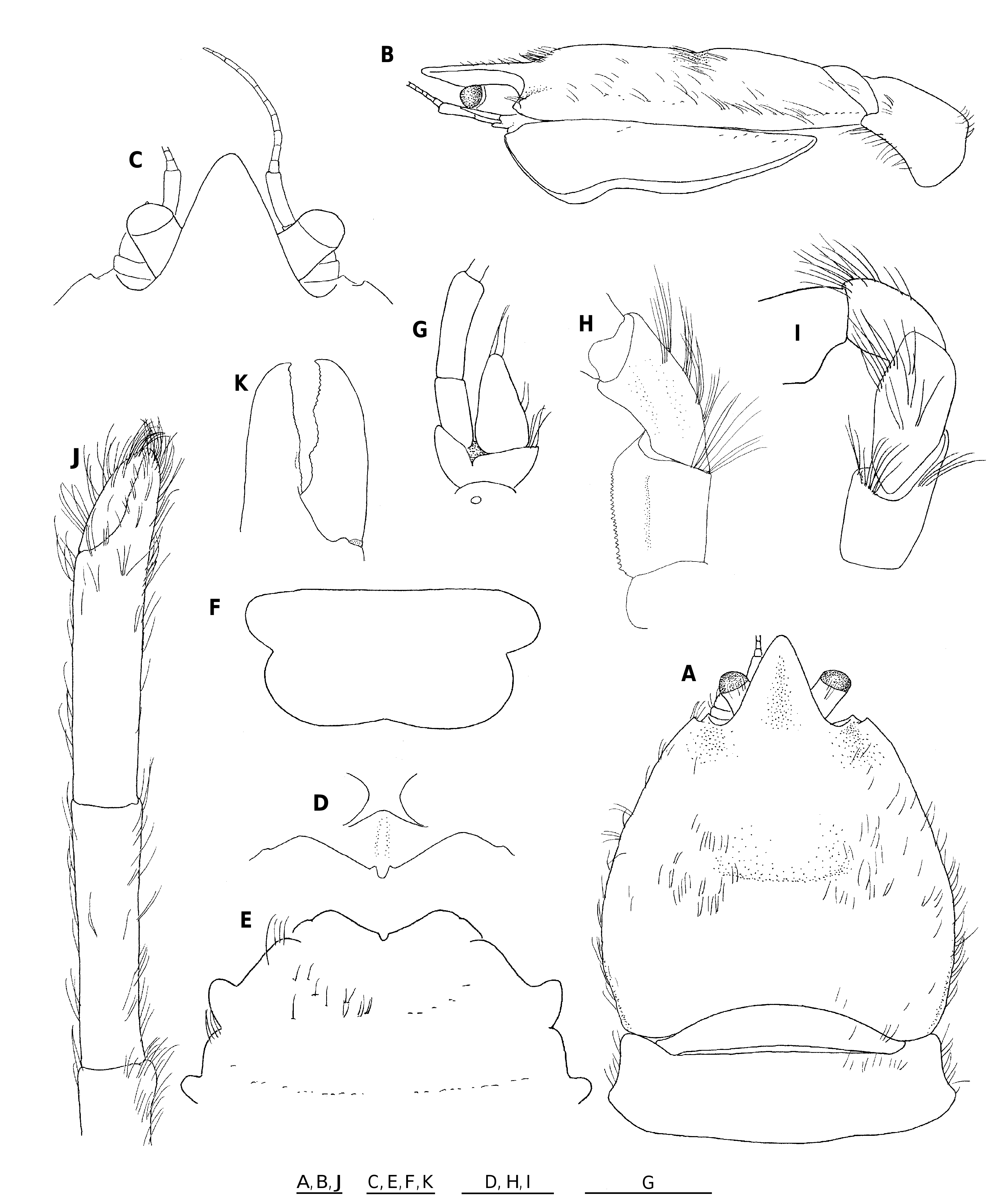