ETYMOLOGY„ From the Greek pollostos (smallest) plus adelphos (twin), alluding to a pair of very small epigastric spines.

REMARKS — This species strongly resembles U. sagamiae Baba, 2005 in nearly all details, from which it is differentiated by sternite 4, which is smooth instead of granulose on the posterior surface; the P 1 palm is ventrally smooth instead of granulose; and the extensor margins of P 2-4 dactyli have no plumose setae as in U. sagamiae . Both species are mediumsized, so the above mentioned differences may not be considered as age related variations.

The new species also resembles U. benthaus n. sp. (see above) in the carapace ornamentation especially bearing a relatively small anterolateral spine and a pair of small epigastric spines, and in the spination of P 2-4 propodi and dactyli. Uroptychus pollostadelphus is differentiated from that species by the P 2-4 that are broader, e.g. the meri having the lengthbreadth ratio, 4.5-4.9 on P 2-3, 3.6-3.8 on P 4 instead of 6.1-7.0 on P 2-3, 4.8-5.1 on P 4; the P 4 merus is much shorter, 0.6 instead of 0.7 times the length of P 3 merus; and the pterygostomian flap bears the anterior margin almost roundish instead of sharply produced to a distinct spine.

The species also resembles U. septimus n. sp. Their relationships are discussed under the account of that species (see below). 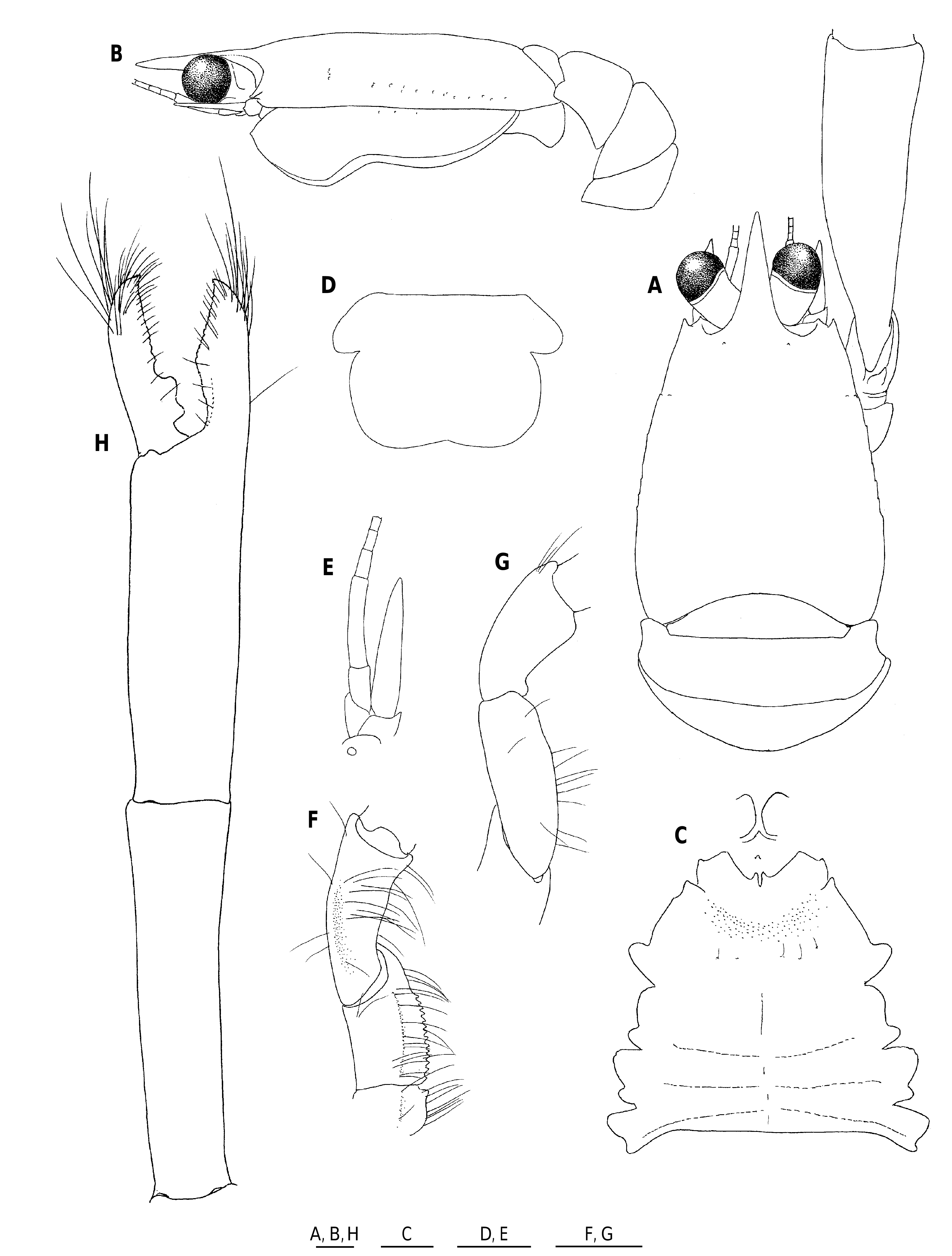