ETYMOLOGY„ From the Latin pectoralis (pertaining to the breast), alluding to the elongate sternal plastron with the anterior margin deeply excavated, a character to separate the species from related species.

Mxp: Mxp1 with bases close to each other. Mxp3 barely setose laterally. Basis with 1 or 2 denticles on mesial ridge, distal one larger (proximal one missing on right side). Ischium having crista dentata with 22 denticles diminishing toward proximal and distal ends of article, flexor margin distally not rounded. Merus about twice as long as ischium, moderately thick mesio-laterally, unarmed, flexor margin sharply ridged. Carpus unarmed.

REMARKS — Uroptychus pectoralis resembles U. gordonae Tirmizi, 1964 from the Maldives, U. laperousazi Ahyong & Poore, 2004 and U. latus Ahyong & Poore, 2004 , both from southern Australia, sharing the carapace with the small anterolateral spine only, the P 2-4 dactyli with proximally diminishing triangular spines and sternite 3 without submedian spines. The new species is distinguished from these three species by the following differences: the carapace is as long as instead of much broader than long, as also is the sternal plastron; sternite 3 is more deeply excavated on the anterior margin; the anterolateral spine of the carapace is distinctly posterior rather than directly lateral to the lateral orbital spine. The type material of U. gordonae (male holotype and 1 female paratype, BMNH 1966.2.3.17-18) examined on loan shows that the flexor margins of the P 2-4 propodi each bear 2 or 3 single spines proximal to the distal pair (8-10 spines in U. pectoralis ); also, the flexor marginal spines of the dactyli are less numerous (6-8 versus 11 or 12). 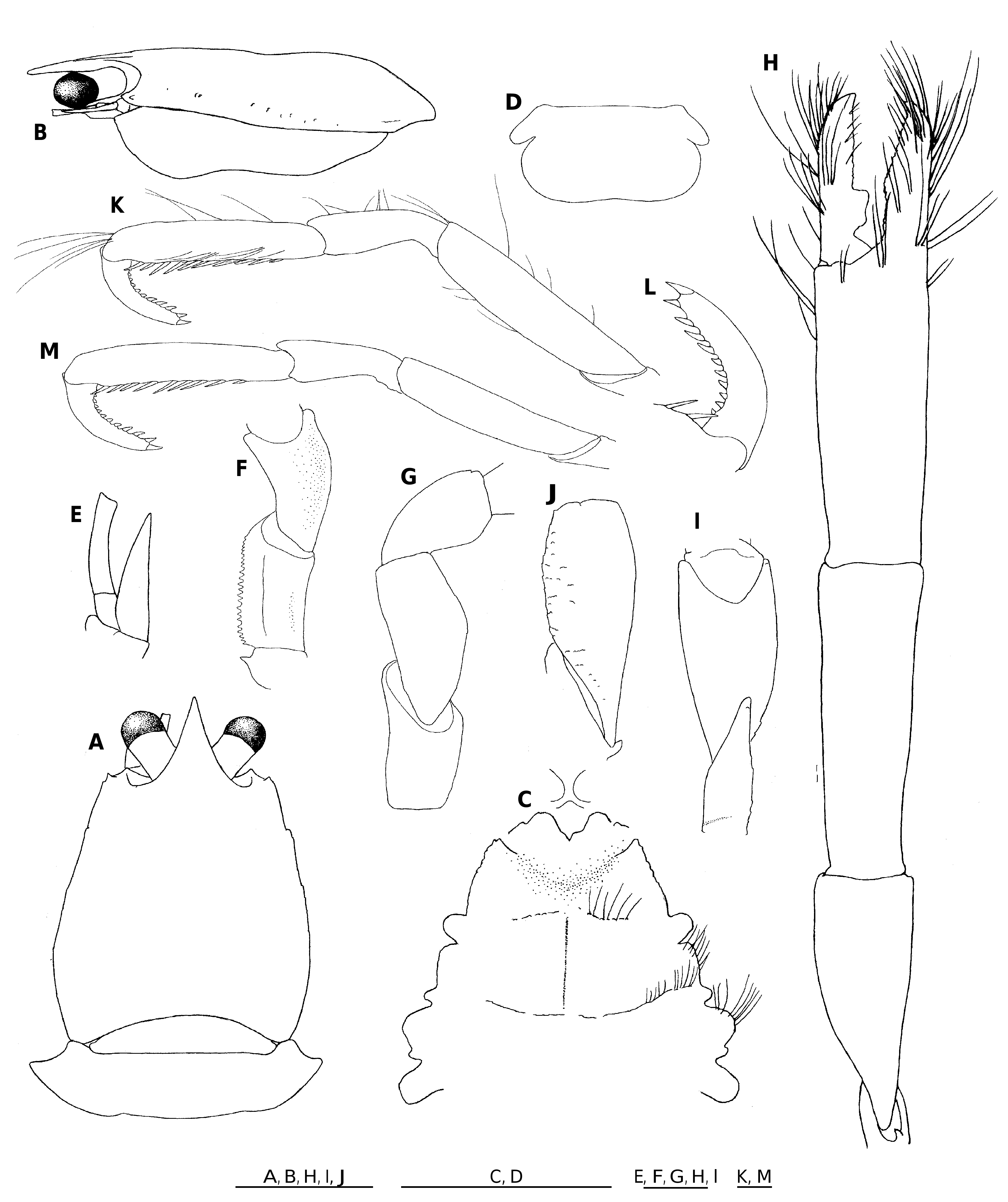