ETYMOLOGY„ From the Latin quartanus (of the fourth), referring to the fourth thoracic sternite that is much broader than the other sternites in the new species.

REMARKS — This specimen was collected together with a male specimen of U. ciliatus . The antennae and eyes are so similar between these specimens that they seemed identical. However, Uroptychus quartanus is distinguished from U. ciliatus by the following particulars: the carapace and pereopods bear less numerous, relatively more pronounced spines; the excavated sternum is sharply cristate in the midline, with an triangular anterior margin, whereas it is moderately ridged and anteriorly rounded in U. ciliatus ; sternite 4 is distinctly broader than sternites 5-7 that are equally broad, whereas sternites 3-7 are successively broader posteriorly in U. ciliatus ; the abdominal somite 5 bears two anterior spines and the somite 6 is spineless, whereas both of the somites bear anterior and posterior rows of spines in U. ciliatus ; the pair of terminal spines on the P 2 propodus are more remotely separated from the next proximal spine; the P 2 merus is as long as instead of 1.4 times longer than the carapace; the P 4 merus is 1.1-1.2 instead of 0.8 times as long as the P 4 propodus; and most obviously, the ultimate of the flexor marginal spines of the P 2-4 dactyli is more slender than instead of larger than the penultimate.

Uroptychus quartanus also resembles U. senarius n. sp. in having a relatively broad and short rostrum and in having spineless abdominal somite 6. Their relationships are discussed under the account of U. senarius (see below). 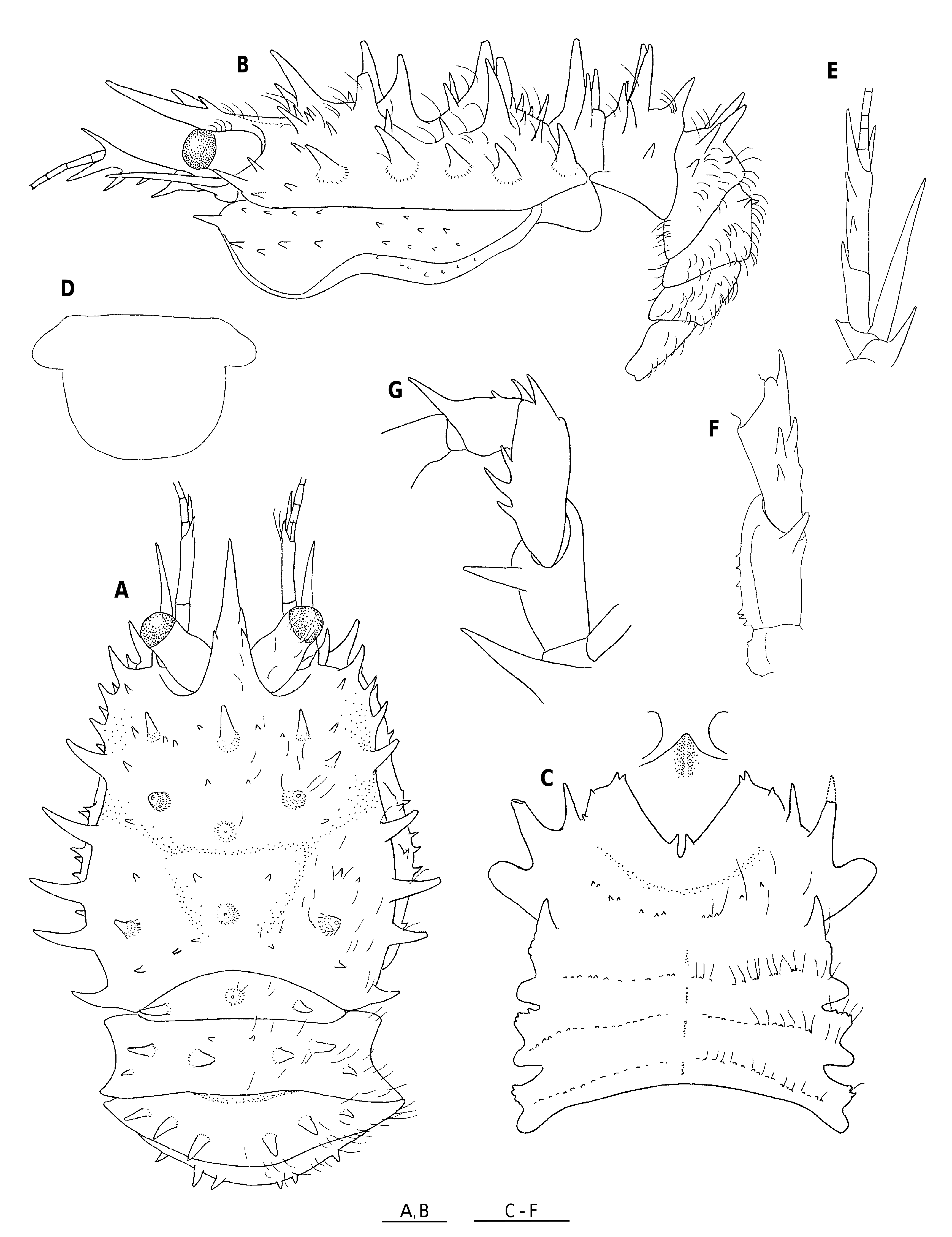 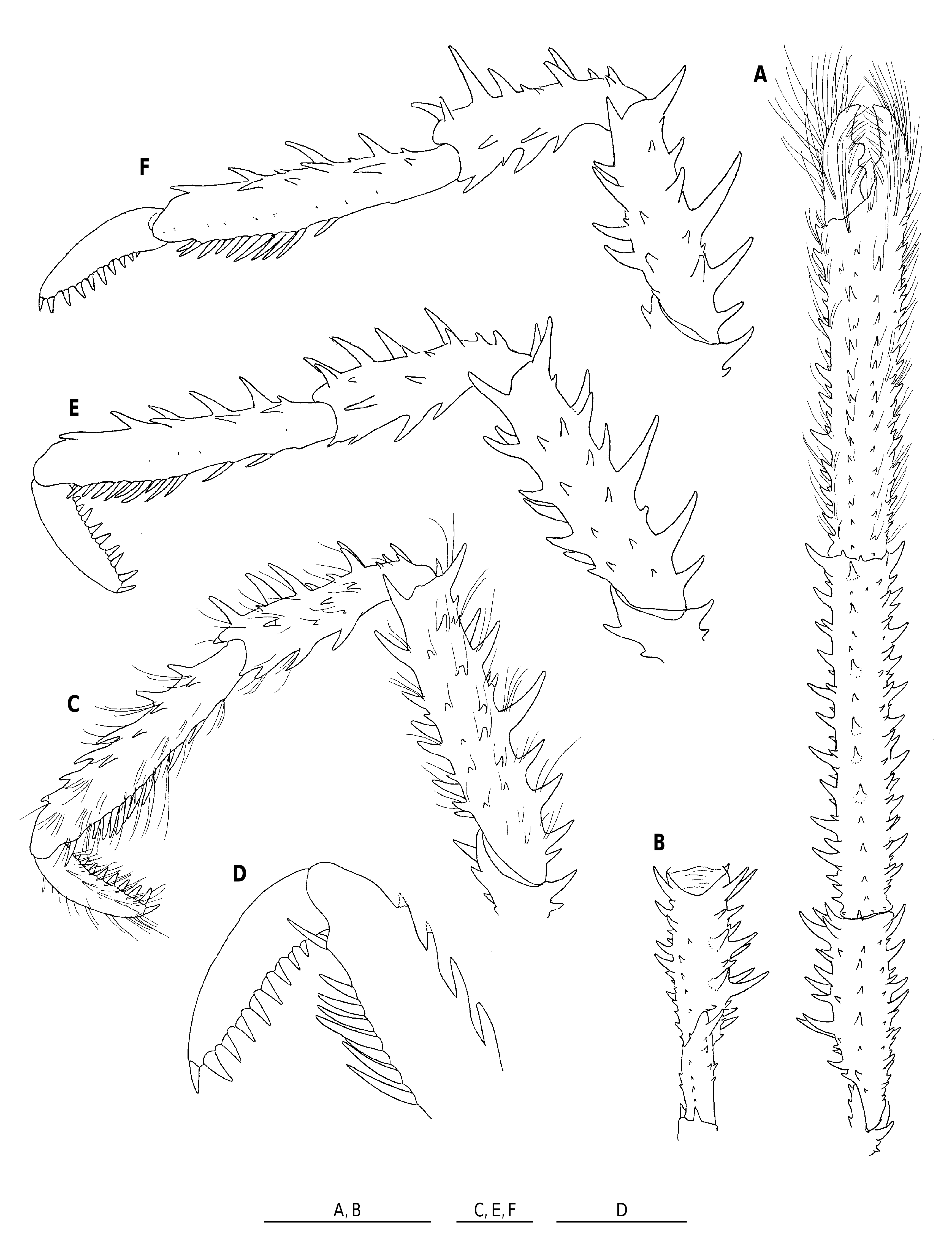