ETYMOLOGY„ From the Latin septimus (seventh), alluding to the seventh cruise of MUSORSTOM, by which the species was taken.

REMARKS„ The new species resembles U. comptus Baba, 1988 , U. empheres Ahyong & Poore, 2004 , U. pollostadelphus n. sp. and U. sagamiae Baba, 2005 in the carapace shape, in having the pterygostomian flap roundish on the anterior margin, and in having the P 2-4 dactyli with the ultimate of the flexor spines strongest. Uroptychus comptus and U. empheres can be separated from the other species including U. septimus by having no epigastric spines. They also differ from U. septimus in having no spine on the antennal article 5 and in having a ventrally granulose P 1 merus. Uroptychus septimus is differentiated from U. pollostadelphus by the P 2-4 meri that are successively shorter posteriorly, with the P 4 merus 0.9 times as long as the P 3 merus (in U. pollostadelphus , the P 2 merus is as long as the P 3 merus and the P 4 merus is much shorter, 0.6 times the length of the P 3 merus); the antennal article 2 is distolaterally acuminate instead of bearing a distinct spine, and the article 5 bears a distinct distomesial spine instead of being unarmed. Uroptychus septimus differs from U. sagamiae Baba, 2005 in having the antennal article 2 distolaterally acuminate instead of bearing a distolateral spine; the antennal scale is barely reaching instead of overreaching the distal end of the article 5; the P 1 palm is smooth instead of denticulate on the ventral surface; the P 2 merus is as long as instead of much shorter than the carapace and 1.5 times longer than instead of as long as the P 2 propodus; and the P 2 carpus is longer, being 0.7 instead of 0.5 times the length of the P 2 propodus. 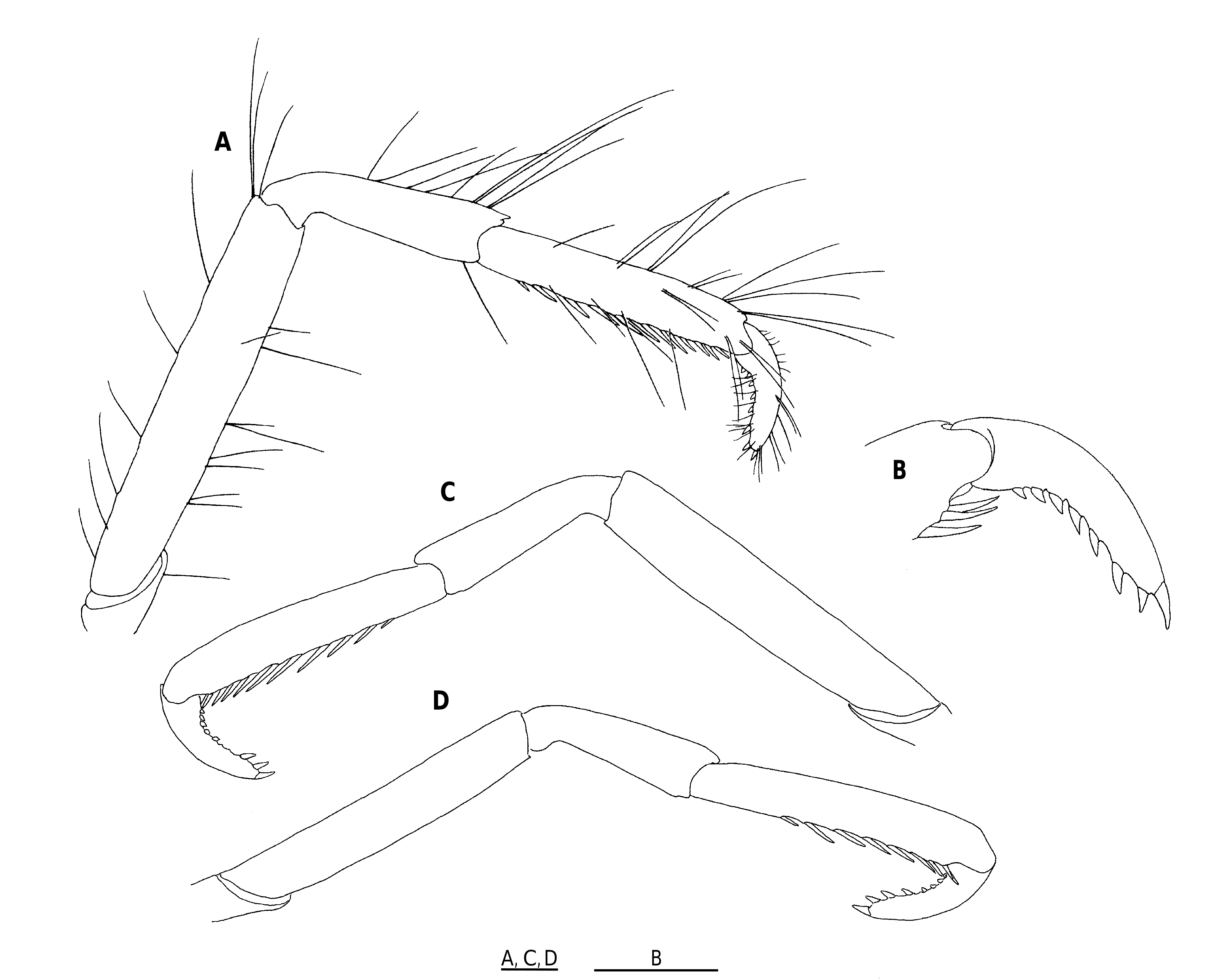