ETYMOLOGY„ The specific name is a noun in apposition from the Latin sentis (= thorn) plus carpus (= wrist joint), alluding to a pronounced spine on the dorsodistal margin of P 1 carpus.

REMARKS„ The anterior margin of sternite 3 is somewhat different between the available two type specimens: a broad V-shape in the holotype, additional very small median notch in the paratype. Uroptychus senticarpus n. sp., U. plumella n. sp. and U. shanei n. sp. belong to a group of species characterized by the carapace lateral margin bearing an anterolateral spine only, sternite 3 with the anterior margin emarginate in a broad V-shape, P 1 nearly spineless, with fingers distally strongly incurved, and the P 2-4 dactyli ending in a strong spine preceded by similar, proximally diminishing spines.

Uroptychus senticarpus is distinguished from U. plumella by the anterolateral spine of the carapace that is directed anterolaterally instead of straight forward; the antennal article 2 is produced to a small spine instead of being acuminate without a distinct spine, and the articles 4 and 5 each bearing a distinct spine instead of a tiny one (that of article 4 tuberclelike); the Mxp3 crista dentata bears numerous minute denticles instead of loosely arranged, distally diminishing denticles; and the pterygostomian flap is produced to a sharp spine instead of bearing small spine. Distinguishing characters between U. senticarpus and U. shanei are discussed under the accounts of the latter species (see below). 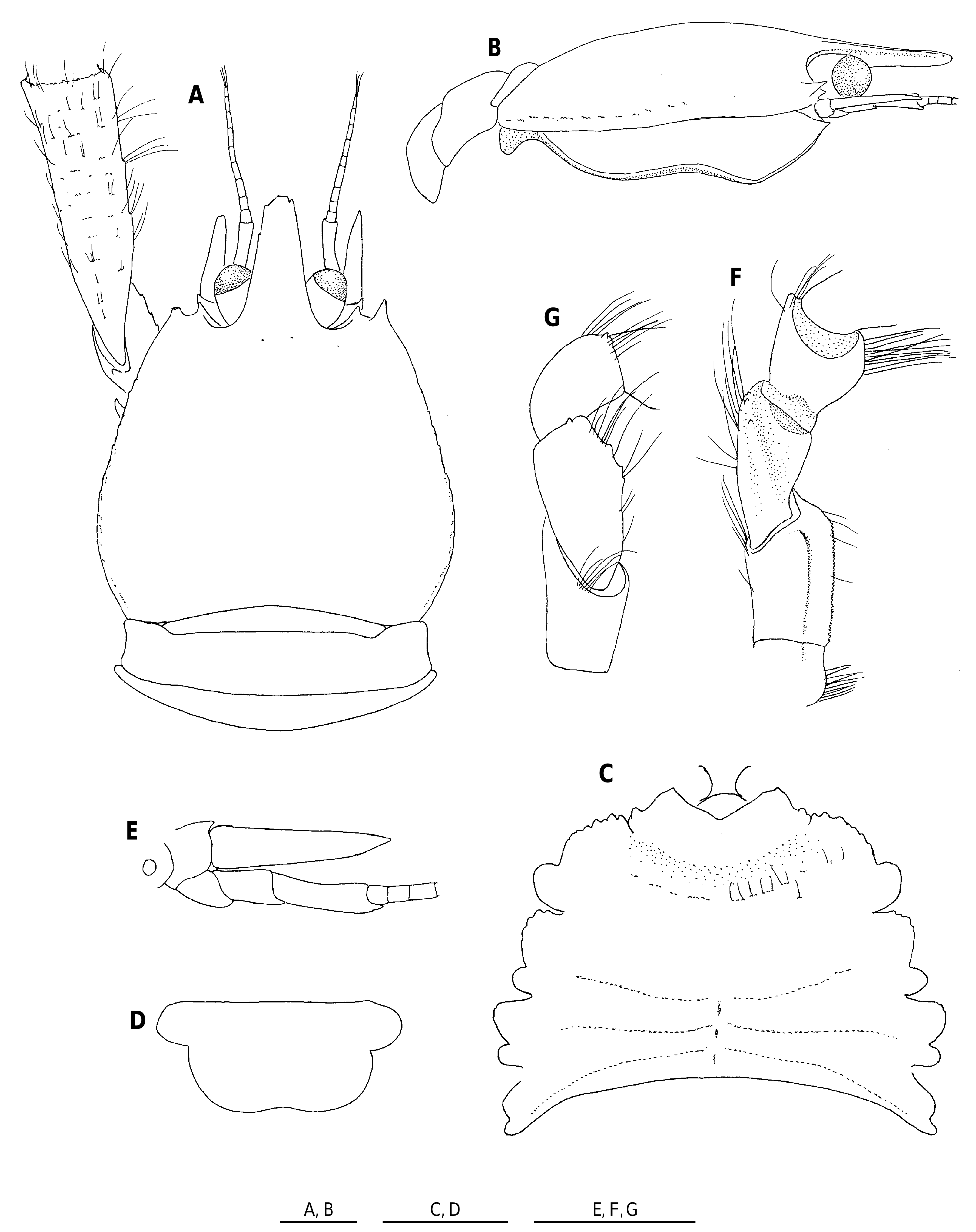 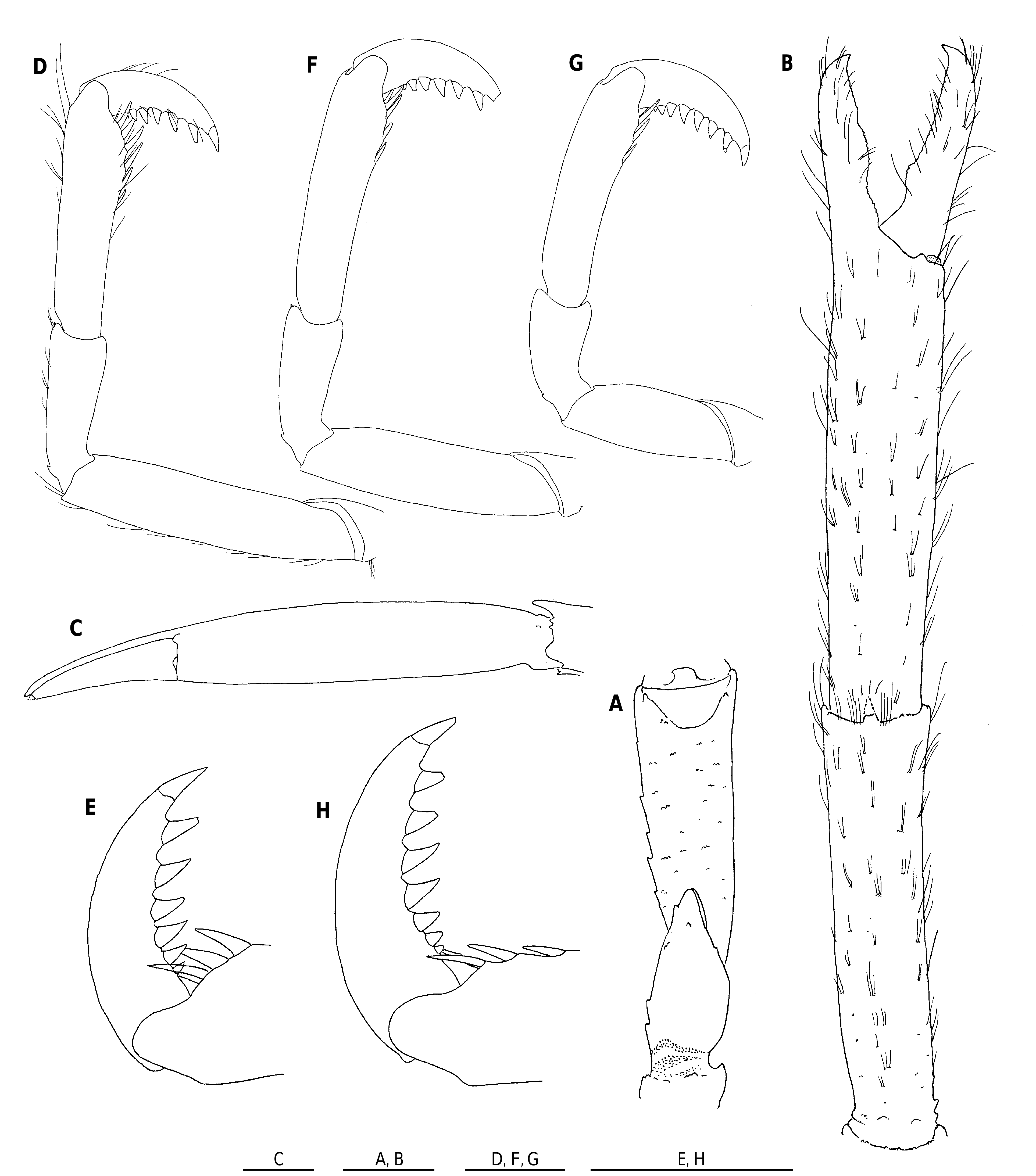