ETYMOLOGY„ From the Latin seta (bristle, seta) and fer (the suffix meaning bear), referring to long setae on the body and pereopods. When alive, the setae are whitish.

REMARKS — The morphological differences between the holotype from Vanuatu and the paratypes from the Ryukyu Islands, Japan (see above under the description) leave some doubt about their identity, given that these specimens are from disjunct localities. On the other hand, the elongate eyestalks, tufts of long and whitish setae on the body and appendages, and the general colorations are consistent. These differences are here considered to be size-related, the Japanese specimens being much larger than the Vanuatu specimen. It is worth noting that this species appears to be a shallow water inhabitant.

The carapace spination is very similar to that of U. angustus n. sp. (see above) but not exactly the same. The metagastric spines are two in number, placed side by side in U. setifer , instead of a single as in U. angustus . Uroptychus setifer is readily distinguished from U. angustus by the following differences: the rostrum is laterally unarmed instead of bearing a subterminal spine on each side; the abdominal somite 1 is convex from anterior to posterior instead of bearing a distinct transverse ridge; the eyes are elongate and distally narrowed instead of uniformly broad proximally and distally; the antennal article 2 is unarmed instead of bearing a small but distinct distolateral spine; P 2-4 are much more slender and unarmed instead of bearing spines on the dorsal or extensor margins of meri, carpi and propodi; the P 2-4 dactyli are much shorter than instead of at most subequal to the carpi; and the pterygostomian flap is anteriorly roundish with a very tiny spine instead of being produced to a strong spine. In addition, U. setifer is distinctive in having longer setae in tufts on pereopods. It is worth noting that the breadth of the antennal article 5 is greater than the height of the antennular ultimate article in U. setifer and U. angustus , the unusual character also shared by U. buantennatus n. sp.

The spinose carapace and P 1, the unarmed abdomen, and the spineless P 2-4 meri and carpi link the species to U. fusimanus Alcock & Anderson, 1899 . This congener is known only by the type material with the brief description. However, U. setifer is readily differentiated from that species by the less spinose carapace and P 1 and by having the antennal scale barely reaching instead of fully reaching the tip of the peduncle.

According to Kawamoto & Okuno (2003, 2006), the species is rare in the Ryukyu Islands and found associated with antipatharians (black corals) growing on overhanging rocks of drop-offs in the open sea with good tidal current. 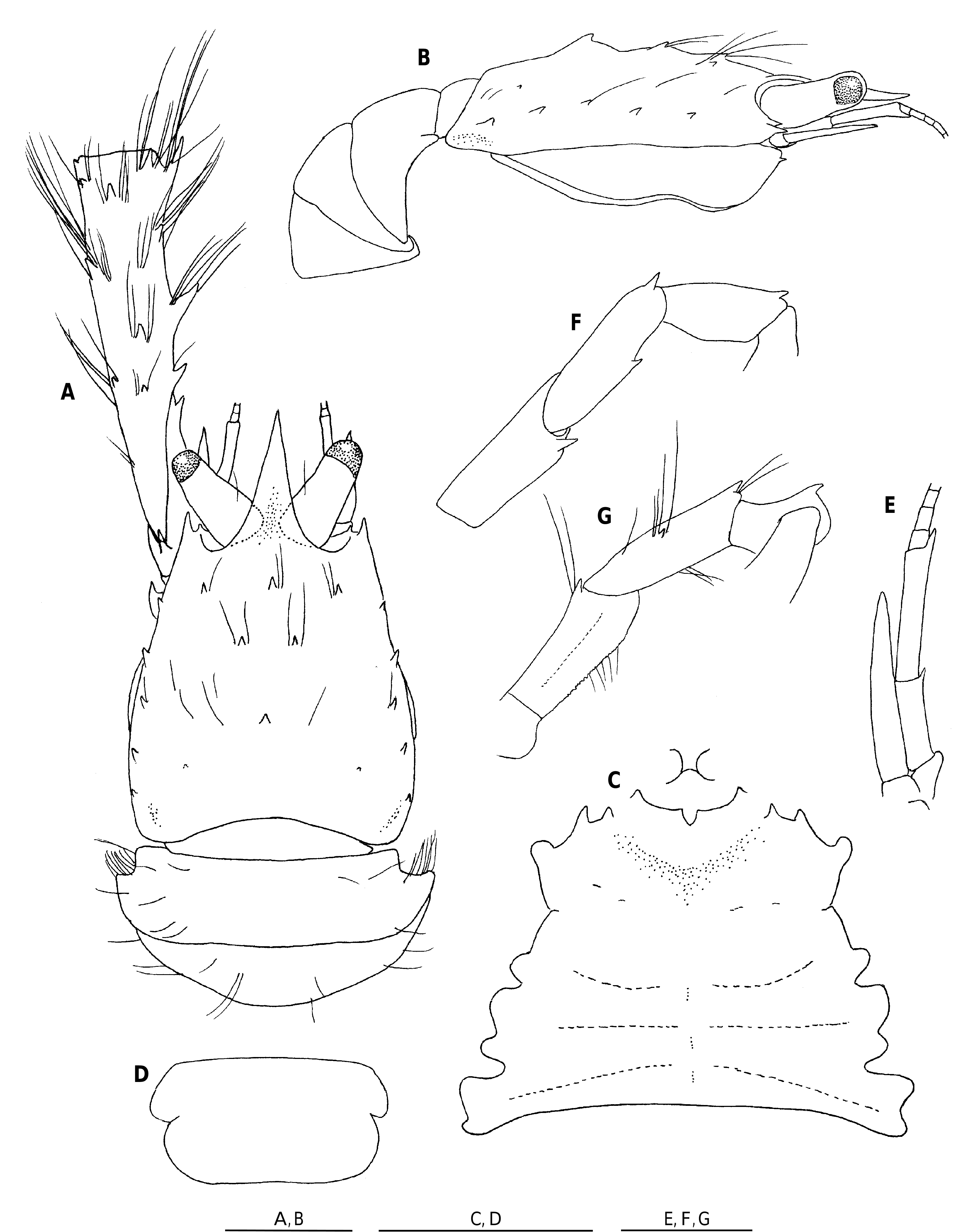 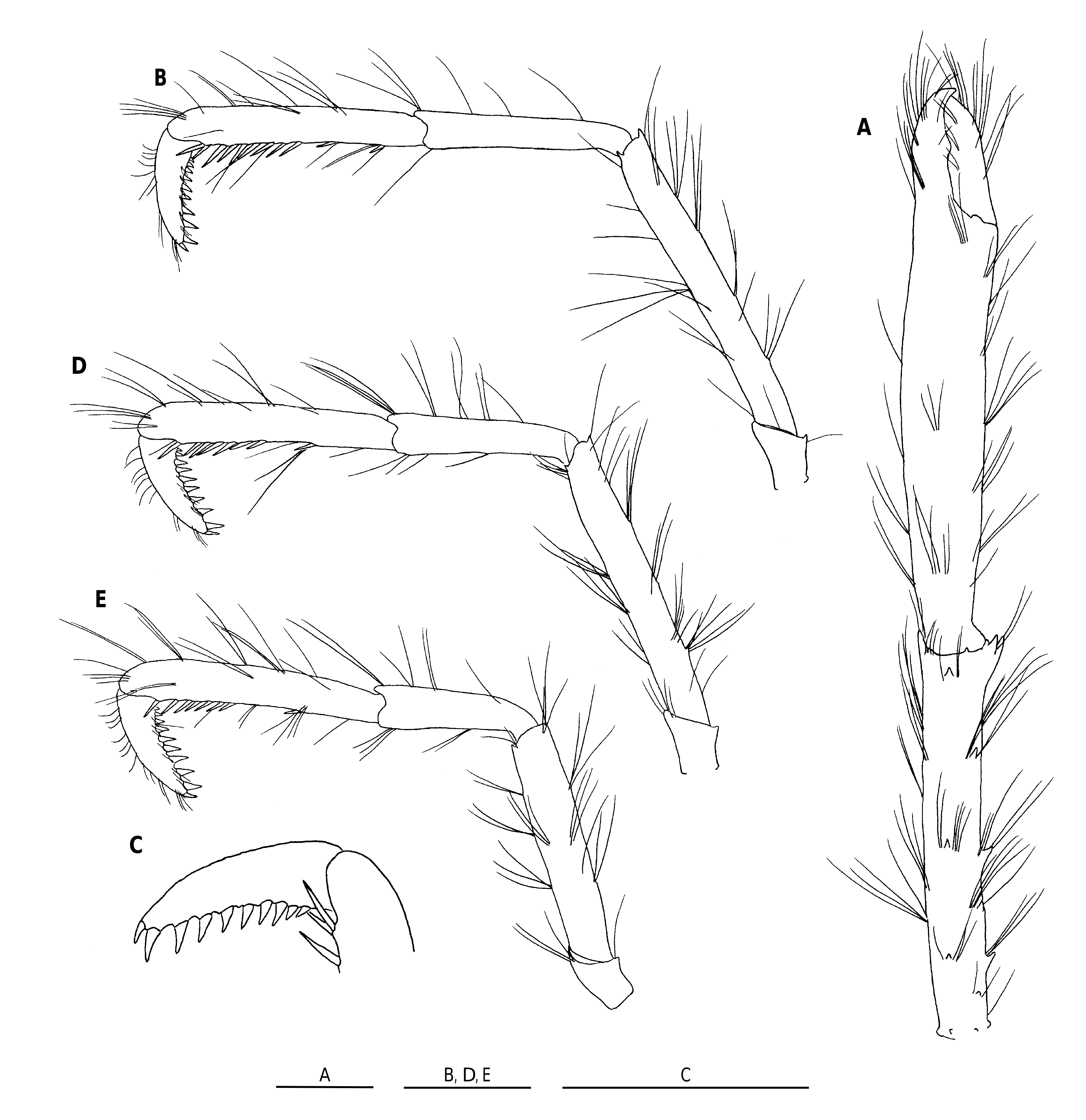 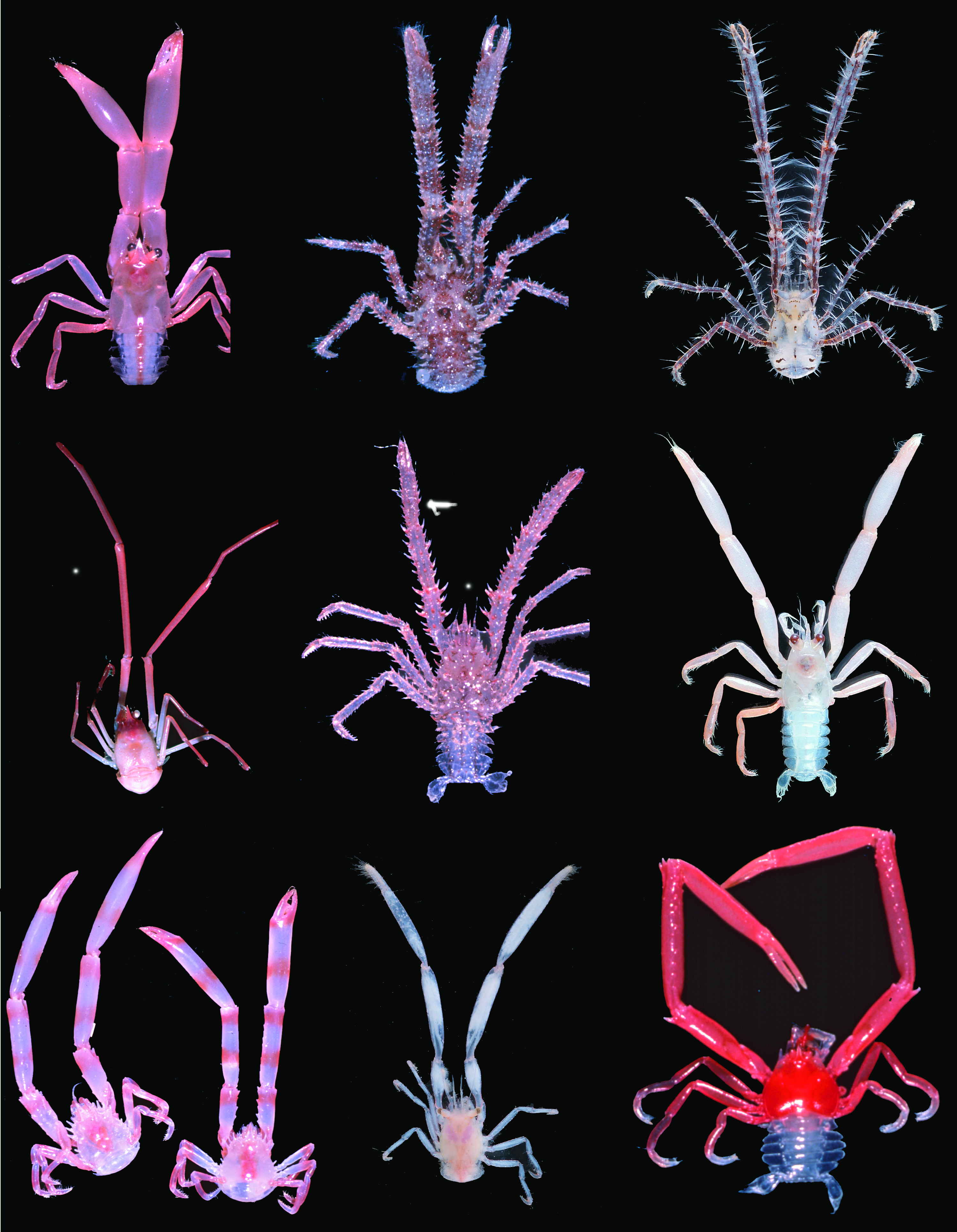